Gwen Sebastian was itching for a thrill ─ so she took a tour of the infamously haunted Fairmont Hotel in Deadwood. Following a show in Sturgis, South Dakota, a little over 20 minutes away, Sebastian, along with tour mate Miranda Lambert, family, friends, and crew, made a pitstop in the historic gulch city.

It was during this guided tour Sebastian learned of the tragic, yet poetic, story of Margaret Broadwater. Especially in the Gold Rush days, most women who journeyed to the hotel were “coming there because they wanted to be a singer and entertain,” Sebastian tells American Songwriter over a phone call last week.

However, given the notoriously debaucherous environment, many women became prostitutes and opium addicts. In the case of Margaret Broadwater, she had returned to Deadwood from Thermopolis, Wyoming with big dreams of becoming an entertainer. But in time, those ambitions quickly faded.

“In these sad ways, it turned into a completely different lifestyle there,” adds Sebastian.

According to 2012’s “Haunted Deadwood: A True Wild West Ghost Town,” Broadwater “attempted to bury her sorrows in the flowing bowl,” authors Mark Shadley and Josh Wennes make reference here to newspaper Pioneer-Times’ coverage of the story. “The bowls became so frequent that she had been more or less intoxicated and it was while half crazed with drink she attempted self destruction.”

Lore has it, Broadwater was pregnant at the time and leapt from the hotel’s third story window. She reportedly survived the fall but later died from severe internal injuries. “It was such a tragic story, and it just stuck with me so much,” Sebastian says.

She soon returned home to Nashville, still haunted by Margaret Broadwater, and wrote a song called “Opium Angel,” found on her brand new EP, Once Upon a Time in the West: Act II. Co-written with Patrick Savage and long-standing collaborator Terri Jo Box, the beautifully funereal story song shrouds the listener in a haunting epitaph.

“There’s dust in her makeup / Shame on her skin / But she’s got a brown bottle cure,” Sebastian carves out the imagery with a lonesome tear. Later, she offers up her own version of events leading up to the plunge: “Feels the fringe on the curtain / Feels gravity flirting / Follows her dreams out the window.”

“At first, we thought, ‘Are we really going to write about a prostitute who kills herself?,” she recalls Unfazed, the trio dove into the writing session. “It’s one of my favorites to sing. It evokes something in me.”

“Opium Angel” unearths an inescapable darkness, a tone carried throughout Sebastian’s entire EP. “Circus Train” employs side-show imagery, stuck together with gliding, vaudeville-styled electric guitars, to depict a dangerous man coming to town. “What’s a girl to do when the lies and the truth / All kind of sound the same,” she barks.

Sebastian first began writing the song when she was a teenager, then living on a farm back home in North Dakota. “I basically had the first verse. I would always come back to it throughout the years. My music has never been straightforward or down the middle. It’s out there a bit. Maybe when I was younger, I was a little afraid of it,” she admits. “I was afraid of the dark side of the song.”

When she began work on the album ─ this EP was originally part of an 18-track physical-only release (paired with 2017’s Once Upon a Time in the West full-length), all recorded in late 2016 ─ she knew instantly it was time to revisit “Circus Train.” Along with co-writers Jeremy Spillman and Lucie Silvas, who also offers smoldering backing vocals, Sebastian juggled writing a literal interpretation of the story and leaning more metaphorical.

Ultimately, they met in the middle. “[Jeremy and Lucie] latched onto it right away. Lucie, I love her so darn much. She’s so talented. She took her time so graciously to come in and put down her flavor on the track itself. It was spectacular.”

Co-written with Aaron Raitiere, “Crazy Ladies” bears a striking resemblance to Brandy Clark’s “Stripes” but zig-zags with Sebastian’s own ferocious embroidery. “Aaron is sneaky,” notes Sebastian. “He’s one of my favorite songwriters of all time. We usually just have a lot of fun when we get together to write. It’s basically… you never know who’s going to try to steal your man.”

Later, Sebastian swerves when you least expect it. “Good Morning,” co-written with Louis Newman, is deceptively warm. “Good morning, pretty blue eyes / Waking up with you by my side / Is the perfect way / To start the day / And let time pass us by,” she wraps you with a fleecy, enveloping vocal performance.

After drinking some wine one night, she laid down the track’s barebones herself, and it soon blossoming with an old-school, ‘50s throwback sound. Newman, who also produces the EP, came in later to finish it. When it was almost complete, Sebastian couldn’t leave it alone.

“I thought, ‘It’s not done. It needs something else.’ So, maybe this is too much information, but I was in the bathtub,” she remembers with a laugh. “I was going over the last verse, and I wanted a twist in there. For some reason, I don’t know why I can’t write a basic damn love song. I had to throw in a twist and make it tragic. The twist is waking up because it’s a dream and realizing it’s a nightmare. He wasn’t there for real.”

In many ways, finally releasing Once Upon a Time in the West: Act II is a symbolic bookend. The five-song release was originally intended to arrive in late 2019, but life got in the way. “Things happened, from being out on tour and not really ready to release it. I guess, I wasn’t ready for everybody to hear it at that point. It’s funny, because then in December, I thought, ‘OK, it has to happen. I’ve got to do this.’ If I kept holding on to this, I felt it was a little unfair for people. They were asking for it. I decided for sure in the spring. We had the distribution all ready to go, and then this coronavirus happened.”

Until her Quentin Tarantino-inspired release was out in the world completely, she “knew I wasn’t going to go into the studio to make another album. It had to be. It has definitely already created more want and necessity for me now to go ahead and sit down at the piano and write songs.”

Locked in quarantine, feeling cabin fever set in, Sebastian mulls over what she wants to do next. It’s all up in the air, of course, but she has some ideas. “I have a few [new] songs that are my favorites that I’ll sit down and play. I don’t know exactly what I’ll do next. I’ve even thought of doing a covers album and throwing in a few originals,” she says. “It might be even real intimate. We basically have our own home studio, nothing major. Like a lot of people now, you can so easily record simple tracks by yourself. Maybe, I’ll do something like that.”

More than ever, she’s drawn to the piano everyday for an hour or two and just sings. Her creativity has never been so electric. “I’ve always played piano ─ but not well. I don’t know if I’ll ever play it well, just enough to accompany myself basically,” she says. “I’ll bring out old books I’ve had from when I was a kid. There’s one called ─ in fact, it’s right on my piano now ─ ‘Best Songs Ever.’ [This quarantine] has also made me pick up the guitar that’s been sitting and staring at me in the face for 20 years. I’m finally sitting down every day, even if it’s for 15 minutes, I am playing it and trying to get my fingers to play. That’s the hardest part, they say, getting your calluses up and strength in your hands.”

“I have been writing, too. But I have not technically written a song during quarantine yet. I’ve just started them, but I haven’t finished any yet. Maybe that’s because I need my songwriters. I’m definitely craving that.” 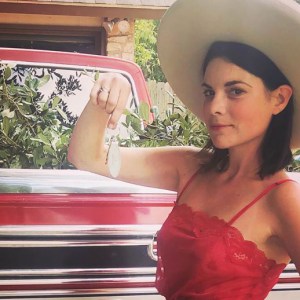 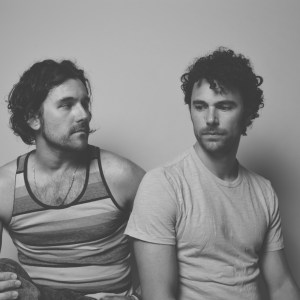