Rahill Jamalifard, lead singer and co-founder of the New York-based band Habibi, finds it difficult to call herself a musician. While she most certainly is one, of course, the feeling is understandable.

At first, Jamalifard was brought into music by others. Initially by her parents (and father, especially) and then later by guitarist Lenaya “Lenny” Lynch. The two former Michiganders met in New York City and bonded over a shared love of music, exchanged numbers, and later co-founded Habibi together in the Big Apple. Jamalifard’s entry into participating in music began with a love of lyricism and storytelling. These days, her popular band is writing its own story, touring the country, and earning attention from prestigious media outlets. Now, Habibi is set to release a two-song, pandemic-inspired, hip-shaking EP this Friday (October 29).

“I happened upon making music by accident,” Jamalifard tells American Songwriter. “It’s still hard for me to say I’m a musician, but I’ve always loved to write and that was my initial connection and window into music as not just a listener. It didn’t start until I met Lenny, who had a history of playing in bands.”

Growing up, Jamalifard, who is Iranian, says music first revealed itself to her through the cassette and VHS tapes her parents had. Her father listened to Iranian classical music so much so that it seemed as if it was always playing in the house. Early on, her ear attuned to the Middle Eastern sounds, the rhythms soaking in. She didn’t have older siblings, so she looked to her parents for discoveries.

“Tapes,” she says. “Endless tapes, a tape collection and old programs that were from Iran that they over-dubbed onto VHS. They had a crazy collection of them that I still love to go back and look through at my parents’ house.”

Jamalifard grew up in Lansing, Michigan, not far from Detroit, where there is also a large Muslim community. Jamalifard grew up Muslim. Her father, who is from a part of Iran where poetry and lyricism are prized, bestowed on Jamalifard a love of language too. Her parents fostered her curiosity. She remembers taking out jazz records from the local public library. Later, after she’d moved to New York City, Jamalifard met Lenny, who’d played in several bands already around Detroit. Though the two had never met in Michigan, they bonded over a love of Motown, Turkish psychedelic music, and other songs.

“It was very natural to form the band,” Jamalifard says. “Born from a friendship.”

Habibi began over a decade ago with Jamalifard and Lenny and two other members, who have since departed amicably to pursue other life and career paths. As a group, there was a sense of safety, both personally and creatively. As the new members joined, the sound and group continued to evolve. As Jamalifard puts it, Habibi is a tribute to the music its members have listened to over their collective years. The group is an amalgam, bolstered also by the eclectic collection of sights and sounds that is New York City.

“When we’re on tour in America,” Jamalifard says, “it’s really obvious in some places how fortunate we are to be where we’re from. But at the same time, our music is very American. If you peel back the curtain from all this stuff—like surf music. That’s synonymous with California white boy guitar players. But it was created by Dick Dale, who was a Lebanese immigrant, who used scales and chords borrowed from Middle Eastern music.”

Identity is a tricky thing. On one hand, it’s important to talk about. Important to discuss human differences, what makes each one of us unique, both as individuals and as groups of people. On the other hand, if we look too closely and with the wrong intention, what makes us special can begin to be what divides us. It’s a fine line that the world is walking today with varied results. Jamalifard knows this well; in a way, she’s been living these conversations her whole life.

“It’s such a tiring subject,” Jamalifard says. “For me, I write about my family, my background, my heritage and I always have. But I want it to just be an aspect of my art. It doesn’t need to be the main focus.” She adds, “It’s hard because Habibi is a project made of multiple people so it can’t fully ever be mine. It can’t fully be about just me and my background, either.”

In terms of Habibi’s newest release, the pair of songs were born of stagnancy and a need to dance to shake the rust off that was accumulated, actually and metaphorically, over the pandemic lockdown. And as the band continues to look ahead, upcoming new tour dates will allow them to do just that on fresh stages.

“All Lenny and I would talk about [during lockdown] was wanting to dance,” Jamalifard says. “I think we both just wanted to get our asses on the dance floor.”

It’s not as if their songs are of the “dance” genre, per se, like disco or EDM. But they do inspire limb flailing and hip-shaking. They’re raw and rugged like indie rock and propulsive like music that gets you off your barstool. The songs engender movement, the kind meant for dancing after a few shots in a sweaty rock club. For Jamalifard, that’s one aspect of music’s power. It’s like a string that can pull you up from your chair. It’s also like a bridge to new places, both inward and outward. And for Jamalifard, it always has been.

“I think that music,” Jamalifard says, “just connects me closer to myself.” 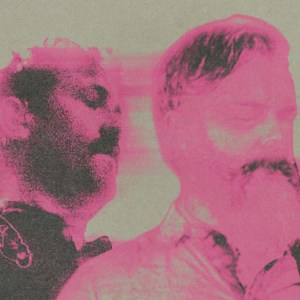 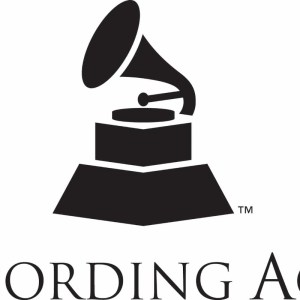