After a whirlwind year in 2019—recording an acoustic album at Abbey Road Studios (London Session, Live From Abbey Road, later released in 2020), releasing her debut Golden Days, and getting engaged in early 2020— the pandemic hit and momentum came to a halt. Haley Johnsen eventually found herself in the middle of an existential crisis in 2021. Trying to remedy the stunt in creativity, the Oregon-based artist shacked up in a metal vintage trailer, dubbed The Sou’wester Lodge, in Seaview, Washington, and wrote what would become the title track, and foundation, of her new album Goner.

“It came to be about the romanization of nostalgia, the longing for what once was our youth and also the fear of death,” Johnsen shares with American Songwriter about “Goner,” and the base of the new album. “It’s about my own internal struggle, trying to stay present and at peace with who I am now, where I am now, and realize that my child-like self is still very much alive in me. It’s a reminder that I don’t need to be afraid or insecure with where I am in my life.”

Goner cascades over loss and grief and mending one’s soul in nostalgic drips of time, all carried by ’80s-tipped synth-pop and brushes of reflective ballads from the opening title track, ruminating on younger days and the missed opportunities of the previous year—Today I mourned my youth again / Swallowed up in the deep end / Swallowed up in deep end … Sinking in no fighting it / All my fears and coulda beens / Farther than they’ve ever been. The album forges forward on the shoe gazing vibes of “Common Ground” and the more rousing pop of “Renegade.”

“Renegade’ is about fully stepping into who you are and what you’re meant to do in this life, which I believe is one of the most badass, rebellious things we can do,” says Johnsen of the anthemic track. “I needed to write this song to remind myself that even though I still struggle with my self-esteem and trust in myself at times, that I am still brave enough to be continuing to push through and follow my dreams.”

In gushes of insecurities and yearnings for the better parts of life, Goner wades through mental peaks of clarity, breaking from confinement from the country-leaned ballad “Emily” to the uptempo drum-filled “Focus,” featuring whispers of what sounds like retro Casio loop effects. Memorandums on letting go fuel “Higher” and “Timeless” and transition through the more easy listening of love-lined “Falling Anyway” and “Make it Heaven” and the acoustic pine of the closer “Stopped Making Sense.”

Johnsen talked about the making of Goner and why she’s figured out that songs don’t always have to be autobiographical.

American Songwriter: When did Goner start piecing together for you after Golden Days?

Haley Johnsen: Many of the songs for Goner were written just prior to and during the pandemic. I wrote a handful—“Wrong Way,” “Renegade,” “Falling Anyway”—while I was on tour as the bassist for Big Wild in the fall of 2019, [and] 2020 left optimal time for introspection, so many of the songs were written at home and on a solo retreat I took in a vintage trailer park on the coast called The Sou’wester Lodge (“Goner,” “My Brother”).

AS: Some of the songs from 2019 carried through for you. Why were they still resonating with you for Goner?

HJ: The songs all feel a bit old to me now. I started demoing them out during the summer of 2020 and eventually got into the studio in Jan 2021. Now that I think about it, “Emily” is the first song I wrote of this collection in the summer of 2019. This song has such a timeless message that many people can relate to, I was so excited to finally get it properly recorded even though it was a year and a half old.

AS: Goner was born out of a particularly reflective period of time for you. What is the common thread through these 12 songs for you?

HJ: The year 2019 was one of the most epic and exciting years for my career. I was constantly on the road and just riding this immense high. At the same time, I was exhausted and struggling pretty badly with my anxiety. It’s wild how much your nervous system affects your mental health. I was both on top of the world and at the same time fighting my own inner critic that was telling me I wasn’t actually good enough to be living my dream. I kept having to write songs that reminded me that I did deserve it and worked my ass off for it. Fast forward to February of 2020: I came off my second solo tour through Europe, freshly engaged, only to have life come to a screeching halt. During the pandemic, It was so hard not to just want to check out and numb out to get through the days. I kept writing songs of longing for presence and peace, even at an unknown and scary time. A desperation for joy and gratitude for who I was and where I was at. Through this, I wanted to also write songs to inspire others to keep going in the midst of uncertainty.

AS: Why was Goner the best as the title?

HJ: Choosing the title was not something that came easy. I think I went back and forth on a few titles for about six months until I finally couldn’t wait any longer. In my gut, it was always Goner. The song “Goner” was the first song I wrote and the first single I released that sort of set the vibe for how the rest of the album would sound sonically. But thematically, the word ‘goner’ represents the idea of not giving up on yourself. It’s about consciously making the choice to do the work of letting go of what no longer serves you. Letting go of what keeps you from peace. I can’t say what that is for everyone, but for me, it’s about trying to be more present and finding joy with who and where I am right now. It’s a declaration of self-love and self-acceptance. It’s encouragement to not lose yourself for too long to the woes of the human experience.

AS: Musically, sonically, was there something you wanted to approach differently on this album?

HJ: Once I recorded “Goner” with Cameron Spies (who has played with Oregon bands Radiation City and Night Heron), I knew that the direction was going to be playful, nostalgic, and eclectic. The studio I used in Portland called Trash Treasury had a plethora of vintage gear and synths, so many of those sounds derived from the ’70s, and ’80s made it onto the album. Golden Days was a lot more singer-songwriter with classic, full band arrangements. I wanted Goner to just be a bit more off-the-beaten-path from what I’m normally used to for my music.

AS: Sometimes songs shift in meaning over the years—and even the shortest amount of time. Were there any older songs or Goner tracks that transformed significantly from the time you wrote them to now?

HJ: My song “Weekend” [off Golden Days] was actually written about people in my life who may or may not have been bad influences for me at one point or another. I am the kind of person who has a hard time saying no to a good time, but as I’ve gotten older, I’ve learned to reign in my boundaries and make better decisions for myself. But when I perform “Weekend” now, to me it’s a fun, pump-up song to remind my audiences that we’re here to have a good time, even if it’s a Monday night. It gets people engaged with one another and smiling and dancing.

“Higher” is a song that came out way different and way cooler on the album than I ever thought it could. It was originally just demoed out on an acoustic guitar with a bass line underneath. What it became was a lush soundscape that mixes some electronic and organic instrumentation. It’s one of my favorite productions on the album.

AS: How do you think you’ve evolved as a songwriter since Through the Blue or even When You Lit the Sky (2015)?

HJ: I was such a fresh songwriter when I wrote those albums. I think the hardest part about songwriting is being able to use specific imagery or metaphors that paint a clear picture of what the song is about, allowing for people to really relate to the song. I think my old songs are good but lack some clarity and precision. I always want my songs to have a deeper message, but I used to write by using colorful language to say the same thing over and over again, rather than letting the song be a story that’s evolving. A lot of my songs are very autobiographical, but I’ve been trying to branch out and write more songs for, or about, other people. As far as my songwriting method, it usually always begins with a vocal melody idea, followed by the chord progression, followed by the lyrics falling into place. I seldom write songs that begin with a guitar riff or have the chords written before the melody.

AS: Now that Goner is out, what kinds of stories/songs do you find yourself gravitating towards now?

HJ: A lot of what I find spilling out of me now are songs inspired by the road and some classic vulnerable Haley songs. To be honest, though, most of the new stuff I’m writing has no lyrics yet but it is almost fully composed in my brain. I am starting to hear what the next era of Haley will sound like. Now I just need to make time to do the work and finish them. 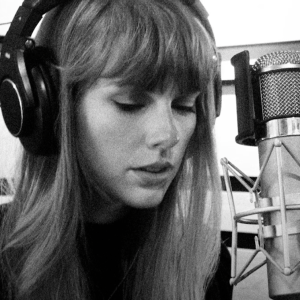 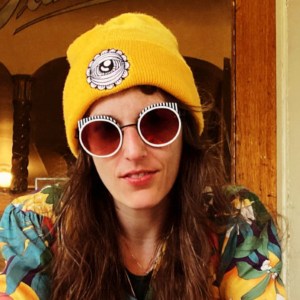