That’s the message songwriter and performer Kate Berreth wishes to instill in her listeners with her latest offering, “Rock&Roll Soul.”

“This song was written in loving memory of and dedication to my most important musical mentor, Rock&Roll Soul Joseph Childres,” Berreth tells American Songwriter. “It testifies to the powerful effect of his spirit, and reflects a perspective of unconditional love.”

For Berreth, Childres was a major part of her life as an artist.

“Joseph took me under his wing as a teenage songstress,” she says, “gave me practical experience recording and producing my own music, and genuinely honored who I had come to the planet to be. In writing this song I honor him, his life, and his life’s impact on mine. This song is gratitude and grief, healing through feeling, and an expression of rock and roll alchemy.”

In fact, Berreth feels so strongly about Childres, that she’s dedicated her forthcoming album to him, saying, “This song is also the catalyst to a rock record.”

Connections—both artful and mystical—intrigue the Seattle-based Berreth. She says she is a “born songstress and natural music of music.”

She adds, “I have had a strong connection to the channel of song for as long as I can remember. Songwriting was a regular practice for me even as an exceptionally young child, so it feels less like I somehow started writing songs and more like I never stopped writing songs.”

There is power in connection, both with people and with the act of creativity. One never knows what window might fling open when you wake into a new room. Pathways are unpredictable, so one must look for them wherever possible.

“I want for all people to know intimately the alchemical power and potential of engaging with the song and songwriting process,” says Berreth. “Music is a deep healer that is always here for us, holding space and time for these raging landscapes of human emotion and experience.”

More specifically, her connection with Childres sticks with her as strongly as ever to this day.

“Joseph lost his life in the most tragically rock and roll way you’ve never even heard of,” the rocker says. “I wrote this song for him in almost immediate response to the news. He was with me as a felt energy form throughout the songwriting process. Once the song was finished I knew its follow through was of the utmost importance, and written into my stars alone.”

Creating the track was an especially emotional experience, and it continues to be as Berreth works on her album and navigates important personal meanings.

“For months after the incident,” she says, “I practiced this song only to break down crying by the end of the bridge, trying to muster enough voice to sing the lyrics, ‘I hope you can hear, hear me singing to ya: I would have before, any day when you were here.'”

In the end, though, Berreth says, it’s all been worth it. Indeed, she’ll never forget it.

“I cherish the lyrical line [in the single], ‘Chasing joy and making things,'” Berreth says, “because it is such an astute summation of what Rock& Roll Soul Joseph Childres was up to… For Life!” 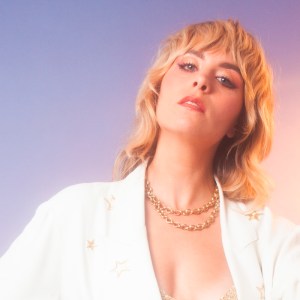 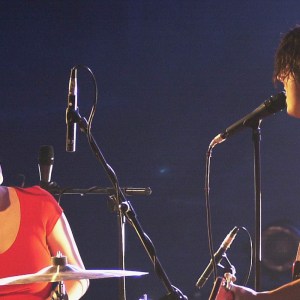