Locked inside like the rest of the world during 2020, Diana Gentile started feeling content with her life on the inside. Grateful for her home and that she wasn’t on the streets, the New York-based singer-songwriter started exploring other artists, reading, watching films and trying to remove herself from the depressive state of things and documenting all the reflections and uncertainties brought on by the year in song.

“Like the cover, the crooked dilapidated house not wanting to fall, I found Influence from old films like King Kong, Mad Max, American Graffiti, and songs by Diana Ross and the Supremes, Otis Redding, and of course, The Kinks,” says the Diane and the Gentle Men singer.

Despite its calamitous title, “The World is a Goner,” the first single from Diane and the Gentle Men’s upcoming album, is a not a melancholy tale of a very tragic year, but a song towered above hardships.

“I believe that many people were honestly afraid during the pandemic and the idea of panic in the streets was becoming a possible reality to many, but human beings are inherently capable of achieving massive things,” says Gentile. “We are up in space landing on planets and finding out about new galaxies and universes and hearing about alternate realities, aliens living among us, and the 5th Dimension of consciousness. Why on earth could we not find a solution to Covid.”

Recorded at Atomic Sound in New York and produced by Don DiLego, Velvet Elk Studios, “The World is a Goner” is a collective march toward a new perspective, a positive one. “It’s an amazing thing just to be alive,” says Gentile. “There are classic references in the song that harkens to the past of people and things that are not here now,, the days gone by, but being here, anywhere, is a gift.”

Despite not being able to perform to a live audience for more than a year, Gentile never slowed her creative process during 2020. “The pandemic hurt most artist’s pockets, but it did not stop my ability to create, to imagine, and to move forward with an idea,” says Gentile. “I went about doing what I would do if I was writing a new record. I read more, studied more, and delved into learning the work of other artists.”

Nothing like Diane and the Gentle Men’s previous release, The White Sea in 2018, for this record, Gentile took a more songwriter approach since she was unable to work out the songs in the studio with the “Gentle Men”—Matt Basile, Colin Brooks, and Jason Victor.

“I have a whole new batch of songs that are written from my imagination,” she says.

Filmed one afternoon, in an apartment in New York City, the video for “The World is a Goner,” filmed by photographer and songwriter Dina Regine, captures the simple, stark nature of the track. Edited by Dave Stekert, interspersed black and white scenes move from stunning shots of the city and clips of Gentile singing.

“The styling is not genre-specific and it is real, very real, which is what the song is about,” says Gentile, “being really here, real and alive, regardless of our circumstances.” 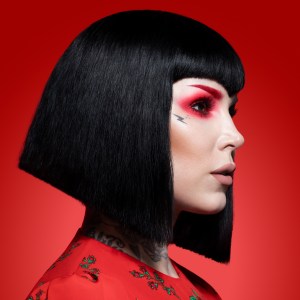