Scottish group The Fratellis have always made compelling, double platinum-selling folk-rock music that started with their breakthrough sensation “Chelsea Dagger.” But they have never created something with as much intensity and reveal as their forthcoming record Half Drunk Under a Full Moon, and yet it’s something frontman Jon Fratelli says he will never do again.

Within the Fratellis, a kind of alt-folk power trio, each member is talented enough to complete the other musicians’ work threefold. Their music was never mere guitar, bass drums and vocals. It was much vaster than that. And the task of creating such a large sound with a varied palette often fell to Jon. Half Drunk Under a Full Moon included brass, acoustics, programming, choral vocals and other elements that were in many ways more encompassing than The Fratellis’ previous records.

“It’s a real harmony-rich record and a vocal-rich record,” Jon said. “We answered with so much detail. Just about everything was orchestrated.”

The songwriting approach that guided the sound on the record was one Jon couldn’t escape. At first, it was a kind of godsend because he felt he had an outline to follow, but quickly realized it would become an endless task of obtaining perfection as he imagined it, which revealed itself in layered guitars, harmonies and effects.

“We used acoustic guitars in ways that I had definitely never used before, where it was all arpeggios,” Jon said. “There was very little in the way of strumming going on. There were very particular types of reverbs, and sound effects that went into making this sound.

“Certainly for us, it was an acoustic guitar sound we’d never played with before,” Jon adds. “To be quite honest, I haven’t heard anything else that similar. Maybe the closest thing would be certain things by Johnny Marr in the 1980s with the Smiths.”

The title track opens the record and undoubtedly represents all Jon was chasing and straining over. The song boasts lush instrumental layers by the brimful, paralleled by timeless folk storytelling, elevated with an undertone of positive yet melancholy melodies and generates a spectrum of emotions all in a modest five-and-a-half minutes.

“These were by far the most colorful songs I’ve ever written,” Jon said. “By pure chance, we made an album that should suit the moods of joy and release.”

Matching that idea seamlessly and encompassing the record’s cathartic component is “Strangers in the Street” featuring vocalist PP Arnold, who Jon sought out not for her vocal talent but her character, which was arguably more important to him in a world of questionable front-people.

“We felt that that song had real potential to be expressed from an exclusively female point of view,” Jon explained. “As much as it could be expressed by a male point of view. I think we were just too curious, not to hear what it was from that point of view. And so we were looking for somebody to come in and do a version of it. But, you know, the point was never to just get the job done, it had to be someone who had character because that is something else completely.

Bookending the adventure that trekked peaks, valleys, treacherous waters and quiet nights under the stars is “Hello Stranger.” It clearly takes a different pace than the rest of the record serving as a ballad, and a track that Jon actually wanted to keep rather dressed up conceptually—preserving its intimacy and secrecy which was written with someone rather close to him under the cover and beauty of the night.

“I have a real soft spot for that song,” he said. “And if you prod it too much, you might lose all that was great in the first place. It’s my favorite song from the record. It’s not as if I thought that I’d written something perfect, but for the life of me, I couldn’t find a way of improving that song. And it was definitely written in a raw moment. It was written with somebody, and they’ll know who they are, but it’s also one of those songs that when it’s so easy to write at first, you have to question it.”

Looking back on the remaining track list from Half Drunk Under a Full Moon, Jon knows he will probably not make an album as rich and abundant, but he will write songs with the same passion and tenacity. He has yet to find anything that moves him quite as much as music, and it’s unprecedentedly evident from these ten songs.

Half Drunk Under a Full Moon is out April 2, get a copy here. 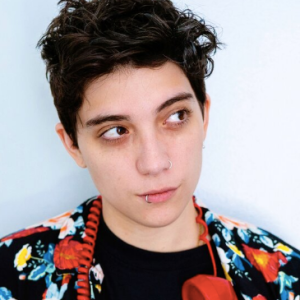 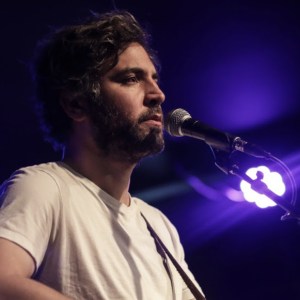