If you were Black and living in the American South when lynching was a popular way for Klannish whites to get their jollies out, trees weren’t simply trees. Some of them were hangin’ trees, their long limbs serving as constant reminders that if a white person accused you of something, you could spend your last moments dangling from one. If you were lucky. If not, they might first tie you to the back of a pickup and drag you a few miles. Or they might beat you, whip you, castrate you or light a fire under you before tightening the noose. Or all of the above.

Though rooted in unspeakable ugliness, one such tree forms the nexus of a remarkable story told in the new book Hanging Tree Guitars, by North Carolina artist and luthier Freeman Vines with folklorist Zoe Van Buren and photographer/folklorist Timothy Duffy. Published by the Bitter Southerner in association with the Music Maker Relief Foundation, it expresses both the harsh realities of being Black and poor in the rural South and the extraordinary durability of spirit that drives men like Vines to keep creating. At a time when America is struggling mightily to address past and present racial injustices, his story couldn’t be more relevant. That it’s represented in wood he uses to make an instrument so associated with a sound born in the fields he worked as a sharecropper’s child, a sound that rose from oppression to become the root from which all American popular music has grown, is just one of many poetic twists in the still-unfolding narrative of Vines’ life.

Duffy’s wet-plate tintype photographs of Vines and his work, as richly textured as the wood itself, convey intricate nuances of Vines’ environment without romanticizing his impoverished circumstances. These images are also part of an online exhibit, along with a video in which Vines discusses his life and work, at exhibit.hangingtreeguitars.com. On Sept. 25, the Music Maker Relief Foundation also will release a same-titled companion album. The day before, the foundation (musicmaker.org) will livestream a conversation between Vines and Valerie Cassel Oliver, Virginia Museum of Art curator of modern and contemporary art.

A desire to address that poverty — an all-too-common state among the region’s elderly roots musicians — and to preserve the music they play motivated Duffy and his wife, Denise, to create the foundation in 1994. The two artists connected after a blues musician who lived near Vines in Fountain, North Carolina, told Duffy he needed to meet the man who makes guitars like Bo Diddley.

For decades, Vines had been repurposing old wood and found objects into handmade works of visual and sonic art. His weathered fingers shape and sand each piece of wood until he exposes its innate character, then, with strings and homemade pickups, he awakens and amplifies its tonal properties, coaxing out vibrations as if searching for a lost chord. Or lost history. Or both, in some cases.

Vines told Duffy he began making guitars because he was trying to replicate a sound he’d heard from another player’s instrument. By the time they met in 2015, he’d almost given up. But after the foundation helped him address his diabetes, he was ready to try again, and ready to handle that hanging tree wood.

Growing up in Greene County, North Carolina, not far from his current home, Vines knew all about the Ku Klux Klan. He knew about slavery, too; despite emancipation, he says, it lingered on — just in different form. As the oldest surviving son of a mother who sharecropped the same land her enslaved forebears had worked, he toiled beside her in the fields until he was 14. They knew better than to even ask for wages, and never got any. But Blacks believed they were free — which made it even worse, Vines told Duffy in one of their many conversations, which Van Buren distilled into the words appearing within the book’s 159 pages.

Born in the 1940s, Vines fell in love with music early. He learned to play from the man who owned the land he worked. But at 14, he landed on a chain gang for the grievous crime of selling moonshine to a nonwhite customer. That wasn’t hard to do where he lived; American prisons remain disproportionately filled with Black men and women incarcerated for reasons having more to do with imbalanced applications of law enforcement and justice than actual crime. The book drives home that point with one simple fact involving the last man to lose his life in the tree Vines had been told was the source of the black walnut he received.

With Duffy’s help — because the people who knew wouldn’t share their information with a Black man — Vines learned the victim’s identity; he was Oliver Moore, a 29-year-old tenant farmer who allegedly had attempted to rape or molest his white boss’s two daughters. A woman who said her great grandfather had done the 1930 lynching showed them the site, rather proudly, according to Duffy’s account. Two hundred men had taken Oliver from the Tarboro jail to the tree in front of his house, where they also shot him. Two hundred times. No one was charged.

While working that wood, Vines told Duffy about a childhood spent living under the still-present threat of lynching. Even in 2018, he felt heat for inquiring about Moore’s death, and, in yet one more indignity, the four guitars he’d created from the tree’s wood were stolen. Fortunately, Duffy had already captured their haunting contours on glass plates. In the book, he admits he’s still processing the experience of doing so, just as Vines is still processing his own connections to that wood and what it represents.

There’s much more to their compelling story, both within and beyond the book’s pages. When the trio began creating it, they couldn’t have known that another Black man’s death, just months before its release, would precipitate the reckoning this country is facing regarding its treatment of minorities. As daily reports of new atrocities surface, books like Hanging Tree Guitars can, at the very least, offer insights regarding the entrenched racism Black Lives Matter activists — and countless civil rights warriors before them — have been battling since Lincoln issued the Emancipation proclamation in 1862. It certainly serves as a reminder that we need to learn from history, and rise above it, if we ever hope to embody our potential as a nation where liberty and justice are equally available to all, regardless of race, religion or gender identity.

That Freeman Vines can still channel the disturbed soul of a lynched Black man in the 21st century’s second decade, and feel fear for seeking the details of his death, while institutionalized violence against minorities is still accepted — and perpetrated — by so many, just proves how far we still have to go. As Duffy notes in the book, “It’s not just a Black problem, it’s a white problem. Until we can all process and look at it, we can’t come to the next place.” 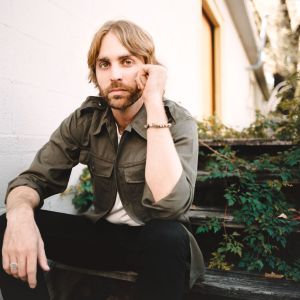 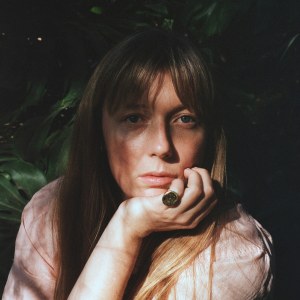