Country newcomer and neo-traditionalist Hannah Dasher is taking Nashville by storm with her unconventional approach to country music entertainment. Raised in Savannah, Georgia, Dasher says she knew she was an artist before she became a songwriter.

“My mother said I could sing before I could even talk,” Dasher tells American Songwriter. “And then my parents divorced my freshman year of college. It was my first experience with loss, like a death. I needed to release that anger, tension, that insecurity in some way, so I put pen to paper. My songs sucked but my friends kept asking to hear them, so I sang ’em.”

Growing confident as a performer, Dasher left school to move to Nashville where she settled into an attic apartment convenient to Music Row. She worked selling fishing boats and outboard motors at Bass Pro Shops, and later fired for writing songs on the job. Soon after, she landed her first publishing deal, and her first cut—Brad Paisley’s “Go To Bed Early.” Opening for acts including her hero Bocephus, The Cadillac Three, and Lynyrd Skynyrd, Dasher began releasing her own music in 2019 with singles, “The Tree” and “Stoned Age.”

On July 9, Dasher will release her debut studio collection, The Half Record, via Sony Music Nashville. Similar to her road to this arrival, the approach is cunning.

“My initial plan was to put out a whole record, but you know how it goes with budgets and all that,” she says. “EP sounds too trendy, and it’s half of what I want to put out there. I feel like it’s a little bit different from everything else out there because, thank God, my job as an artist is to be original.”

Dasher was named a 2021 Fender Next Artist and a 2021 CMT Next Women of Country artist. Outside of the music world, she is also known for her TikTok “Stand By Your Pan” cooking show that has earned her more than 1.2 million followers and over 13 million likes.

The artist is by no means one-dimensional, and her new variety pack project displays her dynamic artistry. She clarifies, “I didn’t take too many risks here. These are songs I wrote, and each one has its own purpose.

“The real battle for me has been staying true to what I do, or just simplifying it. I like deep lyrics,” she says, citing Jason Isbell and Eric Church. “I don’t like watering down my music. But there’s an art to commercial songwriting that when you’re driving down the road to work, and you’ve got noisy kids in the back or a grocery list on your mind, those lyrics are delivered in a way that resonates with the listener.”

Dasher’s goal was to find that sweet spot. As a collection, Half Record consists of songs that are suited toward a swarm of listeners. She points to Dean Dillion and Hank Cochran’s conversational songwriting in George Strait’s “The Chair” opening line: Well, excuse me, but I think you’ve got my chair.

“That’s how we talk, and I believe that’s what resonates with most people,” says Dasher. “It’s kind of like a sexy pick-up line.”

As a student of the music industry, Dasher used to research the Top 10 songs, and listen through to find commonalities. Thinking of the songs commercially, she considered what was working and what was not.

“I try to surround myself with people who are brutally honest with me,” says Dasher. “And I try to be as self-aware as possible. I have an ego, as all artists do, but I feel the most successful ones are the most self-aware.”

Diligently, she honed her songwriting craft but maintained her envisioned future as an artist, a representative of the country music genre. Dasher intentionally digested the spanning influences that shaped her lustful relationship with music. The transcendent nature of her new ‘half record’ aligns with the stories she pieced together stories and evolved sonic bits that portray a singular, yet broadly approachable soundscape.

“We’re all a melting pot of the things that we love and have been exposed to. I’ve got pretty big shoes to fill when you look at where we’ve come. There’s so much I love about the ‘70s, ‘80s, ‘90s country and I’ve always felt the need to pass that torch forward,” says Dasher.

“If you look at my house and the way I dress, it’s like a walk back in time. My kitchen is dedicated to my grandmothers and everything I loved about cooking with them. And my living room is honky tonk-rock n’ roll—like walking into 1968. So if you put all that together, and you put it in a song, and you put it in my language, then out comes this retro fresh sound that I really hope is going to catch on.”

Dasher highlights her second single, “Left Right,” as one of the easiest songs to write. Penned with Brandon Hood and Wynn Varble, the song, she says, “fell right out of the sky.”

Hood offered up the title, and as she recalls, “This Roger Miller channel started coming to me.” In her characteristic twang, she spits out the line Gotta quit goin’ left, right, left, right, left, right on it. Before she knew it, the artist was channeling her inner-Beyoncé: If you want it, you better put a ring on her left right now.

“I’m not one of those women who were hot to get married, but I know plenty that are,” says Dasher. “I had dinner with my friend Dillon [Carmichael] and his now-fiancé and played them that work tape because she was ready to get married and I don’t blame her—he’s a good guy. And Dillon was like ‘Hannah, you’re reading my mail.’ I just knew that women and men would catch on to this one over time.”

“You’re Gonna Love Me,” was Dasher’s first experience with a four-way write. Penned with Gordie Sampson, Thomas Archer, and Andy Albert, she recalls, “We had a dang ball.”

Archer, a longtime friend, and collaborator encouraged her to tear down some of the walls surrounding her most authentic self. Practicing vulnerability, Dasher and her co-writers crafted a congruent sonic introduction.

“I hesitate to put out autobiographical stuff because as a songwriter, and as a new artist, I think ‘who gives a shit about me?'” says Dasher. Her collaborators emboldened her to include the “out-there” lines like H-to-the-Damn-to-the-D.

“I said it to be funny, and they thought it was hilarious. And hell, now it’s gonna be on a T-Shirt,” she laughs. “I try to keep it as interesting as possible. And so I’m really excited for them to hear the solid little tidbits of me.”

Pre-save Hannah Dasher’s debut collection, The Half Record, here. Listen to the sneak peek of “You’re Gonna Love Me,” below. 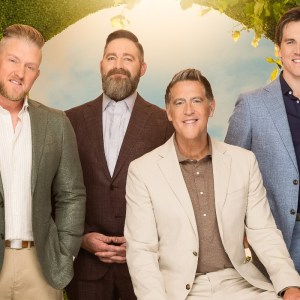 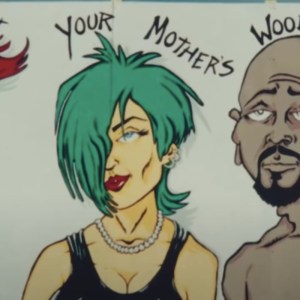