Toronto-based artist, Hannah Georgas, shared the second single, “Same Mistakes,” off of her forthcoming album. The track follows her March release of “That Emotion.” Georgas teamed up with Aaron Dessner of The National to produce both of these tracks after signing to his label, Brassland, and Toronto indie stalwart Arts & Crafts.

“The song feels like a stream of consciousness or an inner dialogue with myself,” Georgas shared about her latest work. “It’s about self-reflection and realization and how I find myself often thinking about how our upbringing can impact who we are and what we believe about ourselves.”

In the studio, the final version of “Same Mistakes” required experimentation before it took shape. Georgas initially wrote the song on guitar, and before the production concluded, she found a different arrangement for it on the piano. She and Dessner re-recorded it, first introducing piano and vocals. Next, they tracked a repetitive bassline and drum loop, adding texture. Dessner’s unique contribution, a series of guitar slides, evoked what Georgas described as “whale calls.”

“We were recording it in the evening, and I remember listening and looking out the window and seeing a beautiful bright moon and clear dark sky. It was a really memorable and magical moment,” the artist recalls of her creative process.

Rainbow prisms chase shadows around a light-filled room in the music video. Double frames allow for dual perspectives of the pensive subject, both a distant and intimate lens. The minimalist style creates an ambiance that allows her to lay her vulnerabilities out on the lyric lines. This honest, emotional dialogue emerged in both of the introductory singles, suggesting a theme in her upcoming, still-untitled album.

“If I could go back and comfort my younger self when I was in tough situations I would want to let them know it will pass, this is a blip, and you’ll be in a good place,” Georgas explained of her intentions with this track. “Young kids and teens who are in difficult situations at school and or home, I wish I could comfort them and say that same thing. What they are experiencing is real and is justified, but they will get through it and that pain coming from other people is just insecurity, it’s not who you are.”

Watch the video for “Same Mistakes” below and Hannah Georgas’ latest here. Follow along here for announcements about more music, expect later this year. 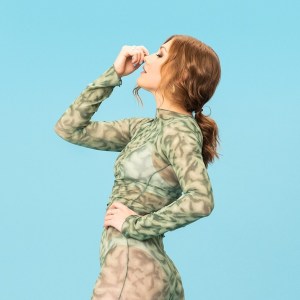 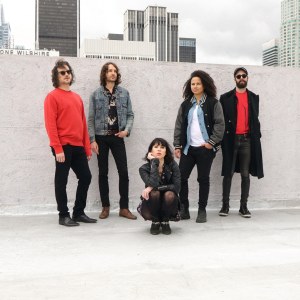