Releasing material during a pandemic is obviously not an ideal situation for any musician, but that’s especially true for young artists who are just starting to gain career momentum. But alt-pop singer and songwriter Olivia Lunny isn’t letting this situation dampen her enthusiasm. She’s cheerful as she discusses her latest singles – “Think of Me,” which was released on April 17, and “Bedsheets,” which is due out on May 22 (pre-save).

“Honestly, why not?” Lunny says of releasing singles during this difficult time. “People are sitting at home and hopefully have more of an attention span for music.” She’s calling from Winnipeg, Manitoba, where she grew up (and is now riding out the COVID-19 pandemic), though she normally divides her time between that city and Toronto.

Given Lunny’s history, it’s no surprise that she’s showing such undaunted determination to get her work out into the world. She first became famous in Canada when she was only 17 years old, when her 2018 self-titled EP earned her a Western Canadian Music Award nomination for “Pop Artist of the Year.” Next, she performed on the popular Canadian talent show The Launch – which led her to record a single, “I Got You,” that has been streamed more than a million times so far. Now, “Think of Me” and “Bedsheets” seem poised for the same type of success, pandemic be damned.

Lunny’s remarkable musical journey began when she was 12 years old, when her father gave her some guitar lessons. “I remember he taught me “Dreams” by Fleetwood Mac, which is still one of my favorite songs to play,” she says, adding that she also enjoyed covering songs by Taylor Swift and Norah Jones.

Soon, playing other people’s songs wasn’t satisfying enough for Lunny. “I eventually started humming my own melodies over the chords. A year or two later, when I was 13 or 14, that’s when I really started trying to write full songs.”

Lunny, blessed with a warm soprano, tried taking voice lessons to further her skills, but quickly quit them: “I found that it was almost making me lose the thing in my voice that actually makes me unique,” she says (but she does work with a vocal coach now “just to make sure that I am singing properly and not straining my voice”).

By high school, “Music really felt like it was becoming more than just a hobby,” Lunny says. “I knew I really didn’t want to have to go to university or settle for something.” While her goal was clear, she realized that she was going down a difficult road. “Obviously, it’s not an easy route. But I think sometimes it’s better to go all out and try to pursue your passion than to settle for something and always kick yourself for not trying.”

Lunny, already playing regular gigs in Winnipeg, knew that she’d need to learn more than just performance skills if she was going to succeed in the music business. “I started looking into musicians – and looking beyond them onstage. I was like, ‘How do these people make a living doing this?’”

In the end, Lunny decided that she would have to move to Toronto to pursue a music career. Not only was it a much bigger city, with more opportunities, but it also was more geared toward the pop music that she was increasingly drawn to writing. It also brought her into contact with other pop-focused songwriters.

“I started co-writing two years ago, which really was a game-changer for me,” Lunny says, explaining that when writing with others, “You end up with a really cool idea or take a direction you never would have taken [by] yourself.”

“Think of Me” and “Bedsheets” show the results of the collaborative work that Lunny now favors. “Think of Me” was written with Tyler Shaw, who is also a charting Canadian pop musician. “We wrote that song last May. It was our first session; we were just getting to know each other. I had gone through a recent breakup, and we ended up deciding we should write a song about it because if anything good comes from a breakup, it’s definitely a song!” Lunny says with a laugh.

Once they settled on the theme, the song itself came quickly. “Tyler had a bit of a melody idea and some lyrics, and then we settled on the line, ‘Do you think of me?’ I think that’s a really common thing everyone asks themselves once you exit a relationship. After that, the song wrote itself in a few hours.”

Last November, Lunny brought “Think of Me” to producer AJ Healey, who has worked with Shaun Frank, Delaney Jane, and Adam K, among others. “We really started to bring it to life,” Lunny says of the uptempo song. “I really like how AJ added personality to the song, production-wise. There’s some fun ad-libs and laughing. I was super excited about that.”

After that, Lunny says, “AJ and I were on a creative roll. We had some really great things happening in the studio. I showed him this little voice clip I had, it was just me strumming the guitar over some chords and the line was, ‘Cigarette inside your hand, I wish you would hold me like that.’ And we both thought, ‘This is really cool – what can we make of it?’ that’s when we wrote “Bedsheets” – the lines just kept flowing one after another.”

Lunny cut a scratch vocal track for “Bedsheets” that night. “A few days later when we revisited it, we decided that we couldn’t recreate that because it was so in the moment and it was filled with emotion.” That original vocal take, then, is what listeners hear on the final single.

“I think it’s actually my favorite song I’ve ever written,” Lunny says of “Bedsheets,” with its solemn melody and delicate acoustic guitar backdrop. “It just has a feeling. And I know, as a listener to music, I gravitate to music that makes me feel something, whether that’s happy or sad or excited or nostalgic.

“Some songs are definitely more vulnerable. “Bedsheets” is a great example of a song that’s essentially like a diary entry. So it is a bit nerve-wracking sometimes, but then it takes a weight off my chest when I release certain stories into the world. It’s really exciting for me always to share, and hopefully people can resonate with that.”

Lunny credits Healey for creating the comfortable atmosphere that enabled both singles to come to life so well. “We booked about a week and a half in the studio and the goal through that time was to be super creative and see what happened,” she says. “We didn’t put any pressure on ourselves, and I think that’s actually why I ended up with the best results. I make the best music I’m really just enjoying it and having fun.”

Her other collaborator, Tyler Shaw, also ended up helping Lunny once more, when he recently brought her in on a charity project he initiated, wherein numerous Canadian musicians – including Justin Bieber, Avril Lavigne, Bryan Adams, Geddy Lee of Rush, and Sarah McLachlan – recorded a version of the Bill Withers classic “Lean on Me.” The single was released in April, with all proceeds going to benefit the Canadian Red Cross.

Participating in the charity single “was such an honor,” Lunny says. “It’s using your gift for the greater good. My name being beside the other people on the track is a bit surreal! It’s been fun to get to meet others who share the passion of music. I’ve been fortunate enough to meet some amazing musicians who have welcomed me into their network of people.”

Post-pandemic, Lunny plans to release a few more singles, “And then hopefully there will be a full EP come fall. There’s no definitive date yet, but stay tuned!” And after that? “Then we’ll see what the state of the world evolves into. Until then, I’m just continuing to write and make music. That’s something I’m always doing.” 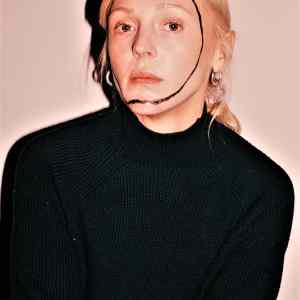 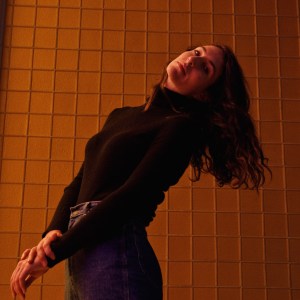