“Earth Angel.” A 1955 Doo-wop hit for The Penguins, was the song that Paul Simon designated, above all others, was the one that triggered his fierce fascination with songwriting. It was this song – and precisely its evocative fusion of powerful melody with a striking lyric – that allowed Simon to first recognize the unbound potential of songwriting.

Back then Doo-wop was the rock and roll of the time, and Simon and Garfunkel were not only fans, they were purveyors. Before becoming a duo, Paul and Artie were part of a Doo-wop quartet with two sisters, Angel and Ida Pellagrini.

So the music of “Earth Angel” already spoke directly to Simon. But it’s then he fully realized that by merging lyrics and music together, there’s a power greater than its separate parts. The music enriches and deepens the lyrics, as the words focus and expand the impact of the music.

This song of an eartbound angel presented Simon for the first time with the whole package, the compelling compound of music and lyrics both.

It was what he called years later “the crucial balance.” So many aspects effortlessly fold together; groove, melody and harmony all in the serve of the words, a poetic equation he loved. Simon was 11 years old then, and vitally aware of the odd but enticing use of language in the lyrics of popular song. He became an expert even then on the way songwriters used words in songs. He found these new songs had a visceral charge that he loved. He was fired up by what had already been done, and maybe more so by all which hadn’t been done yet. The potential of song, he came to understand, was limitless.

He recognized that the title phrase – earth angel – was an oxymoron, a phrase containing two opposing words. As economy with words is of great importance in a song, he immediately appreciated this as a useful songwriting effect he could add to his toolbox.

He remembered  really ruminating on the meaning and sounds of these two words together, that this is  a spirit in the material world, a symbol of divinity in the world of men. He delighted at the way two simple words linked like this could so easily create this immediate impact.

Although it wasn’t calculated, he used that same equation as the title and foundation of the song which became his first hit. Embracing his own new oxymoronic opposition, he created “The Sound of Silence.”

Once Simon had written that song, everything changed. He wasn’t looking backwards or sideways when writing that one. He was looking forward to his own future, an exhilarating songwriting journey both commercial and also bravely artistic. It all started with “Earth Angel.”

On his most recent album, Stranger to Stranger, which came out in 2016, Simon wrote another song with an oxymoronic title, and one closer to “Earth Angel.” About a homeless, delusional man, it’s called “Street Angel.”

“Earth Angel,” the song, was created gradually by connecting disparate parts from other songs, a process led mostly by its credited writers, Curtis Williams, Gaynel Hodge Jesse Belvin. How accurate the story of its origins is remains in dispute, and was ultimately determined by a judge when a legal battle ensued.

From what we know, the song began with Jesse Belvin, a friend of The Penguins. Williams and Hodge worked with Belvin, who was somewhat of a mentor for them. They developed the song with sections adapted from other Doo-wop hits. Belvin’s original echoed the melodics of “Dream Girl. “The “will you be mine?” phrase came from the song of that name by The Swallows.

The bridge, according to Hodge, was taken from  “I Went to Your Wedding,” which was recorded by Patti Page. They brought the song
to their label Dootone and its producer Dootsie Williams. Dootsie felt it needed a rewrite. Curtis Williams, who sang bass in the group, got to work, and simplified the chord changes. Then studio pianist Cornel Gunter began to develop the song.

“They had the melody and the harmony but they didn’t have the background,” said Curtis Williams. “This Cornel Gunter got with them and rehearsed them. ‘Man,’ I said, ‘Now we’ve got something.’ In my estimation it had the perfect melody, the perfect harmony and the perfect background which are the three things that it needed.”

During the trial concerning authorship of the song, the judge attempted to find proof of who wrote what by asking Belvin to sing the song that he started. He did, which convinced the judge he deserved partial, but not complete, credit.

The demo was recorded in the garage of the house at 2190 West 30th Street in South Los Angeles by Dootsie Williams, who recorded all his records there for his label.

They laid down the main track on a one-track Ampex with a band – bass, drums, guitar, piano, vocal. All at once. Dootsie planned to overdub other instruments onto that main track, but included it as was on the B-side of their single, “Hey Senorita.”

John Dolphin heard the record and loved it. He ran Dolphins of Hollywood, a famous jazz and R&B record store and hub for jazz musicians on Central Avenue in L.A. They had a late-night live radio show from Dolphins which often played the hippest new R&B singles and great jazz discoveries. Dick Hugg, a DJ from local KGFJ hosted the show, and played the raw B-side of The Penguin’s new single, “Earth Angel.”

Its reception was overwhelming; people wanted to hear it again and again. By the next morning, requests for this song were flooding in.

When Dootsie was informed of this, he quickly ditched the thought of overdubbing more instruments, and got into gear to manufacture more records instead. He almost went bankrupt trying to keep up with demand, for which he was not prepared. It was a good problem.

It gradually became a hit, first in L.A., where it went to number one in the spring of 1955, and then gradually did the same in cities all over America. It was the first ever single from an independent label to become a genuine chart-topping hit.

It was also the first time that an R&B group from the West Coast charted in the Top Ten.

The success of the record won The Penguins a major record deal. They left Dootsie to sign with Mercury in the summer of 1956. A new version of the record, bolstered with lush strings, was released and again the song went to the top of the charts. It became a hit several times after its first season of success, ultimately becoming one of the greatest selling singles of all time, selling more than 20 million copies.

In his Encyclopedia of Great Popular Song Recordings, Steve Sullivan wrote that the record “possesses virtually all of the qualities cherished by doo-wop lovers: melodic beauty, a shimmering earnest lead vocal, stripped-to-the-bone simplicity, and a pristine romantic innocence.”

Earth angel, Earth angel, will you be mine?
My darling dear, love you all the time.
I’m just a fool, a fool in love with you.

Earth angel, Earth angel, the one I adore
Love you for ever, and ever more.
I’m just a fool, a fool in love with you.

Earth angel, Earth angel, please be mine.
My darling dear, love you all the time.
I’m just a fool, a fool in love with you.

Oh, oh, oh, Earth angel, Earth angel, please be mine.
My darling dear, love you for all time.
I’m just a fool, a fool in love with you. 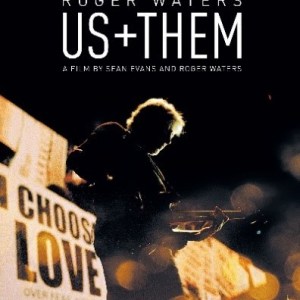 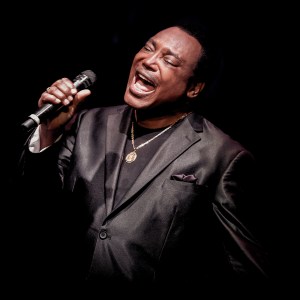