The country has clearly been through some troubled times of late, and the effects continue to resonate throughout the musical community, inspiring any number of artists to lend their voices to the current tidal wave of protest that has rocked the nation and stirred the world.

Like many others, Max Gomez chose to respond by expressing his sentiments about the renewed wave of racism that has claimed so many innocent lives of late. He chose to take a classic folk tune, “He Was a Friend of Mine,” a song originally recorded by Leadbelly in 1934, rediscovered by archivist Alan Lomax  in 1939, and subsequently revisited by Bob Dylan, Eric Von Schmidt and the Byrds many years later, and reimagine it with original lyrics pertinent to today’s racial divide.

“Soon after Dylan and Dave Van Ronk began singing and playing it live in Greenwich Village, they both recorded their own versions of the song,” Gomez explains. “Since the songs re-discovery during the ‘60s folk scene, dozens of great lesser-known artists have made their own versions. The Byrds made a version where they re-wrote the lyrics and sang all about JFK being killed. I knew none of this when my pal Jed Zimmerman and I wrote a completely new version with all new lyrics that are based on this old song. “

Indeed, Gomez’s version references the deaths of Civil Rights martyrs George Floyd and Martin Luther King, using that solemn subtext to underpin the hatred and intolerance that still endures in this country centuries long after slavery was supposedly relegated to the shameful realms of the American experience.

“They waved that old Dixie flag…The monument still stands, despite that evil plan,” Gomez sings in response to those that would perpetuate that horrific period of American history. “Now I will take a knee, for not to kill a man, to take a righteous stand…”

Teach Yourself Guitar
Buy from Amazon

“This re-imagination was born out of necessity” Gomez insists. “I wanted to sing a protest song set in the year 2020. The time for protest songs is now.”

Gomez says that he had been looking for a song that would encapsulate the tenor of the times, and that’s when he came upon “He Was a Friend of Mine” with the help of a friend, Jed Zimmerman, while planning a setlist for an upcoming online show.

“I was looking for a folk song that shed light on the racial injustice in America,” he recalls. “I couldn’t find what I was looking for. I wanted to sing something that fit in the year 2020. That was the road block. Everything I could find that was in the vein seemed to be set in the 60’s around the civil rights movement. I had the idea that maybe, since the show was the next day, I could just write or add a new verse to something old as a tip of the hat to the current times. Jed stumbled on this song and I thought the feel was perfect. We listened to the song about a minute and then we started to write. Jed and I have been writing together for handful of years, and we often take a long time, even a month or more, to finish a song lyrically. He and I wrote these new lyrics together in what seemed like an hour or two. We both seemed to know exactly what we wanted the song to say.”

What mattered most to Gomez was that the song still seemed relevant, even now, nearly 90 years later. “Racism is alive and well here,” he laments. “I think if everyone knew that, we’d be one step closer to seeing racism in the rearview mirror.”

Produced by David Kahne (the man who has overseen efforts by Paul McCartney, Bruce Springsteen, Regina Spektor, and Lana Del Rey), Gomez’s version places added emphasis on the use of reverb and subtle strings. However, it’s the message conveyed through the music that resonates above all.

“Most of the earlier versions of this song sort of mention a long lost comrade and little more,” Gomez suggests. “They seem to carry a sad longing sentiment. While writing the new lyrics, I thought that this was a song that was going to be sung at the show the next day, and perhaps that’s it. My hope is that the song will soon become dated and irrelevant to the times. But I fear that without serious change here in America, that won’t happen.”

He has an overriding aspiration instead. “I hope that other people will sing this song,” he says. “I hope that it inspires others to speak out, to write songs, to stand up against hate.”

Gomez, who splits his time between Taos and Los Angeles, admits that the new record marks a distinctive change in his trajectory. Having received critical acclaim for his offerings up until now — Rule The World (2013), and his subsequent EP, Me and Joe (2017) — he also asserts the fact that he’s always admired folk music of a vintage variety.  “I’ve been known to sing protest songs from time to time,” he maintains. “Maybe I’ve been a little nervous about that, unsure of where it might take me…Afraid of catching a tomato or two. But folk music has always been a big part of my life and I intend to keep it that way. I host the Red River Folk Festival year after year, and I plan to honor the music as best I can.”

Indeed, in a larger sense, he finds a certain solace in being able to sing songs that carry a deeper meaning and a message that can resonate long after the final notes fade away.

“I know that through music, I have found parts of myself, and learned more about who I am,” Gomez reflects.  “I’ve found my own takeaways from powerful lyrics that are forever burned in my mind and heart. I do think a song like this could lend itself to helping someone find their own truth.” 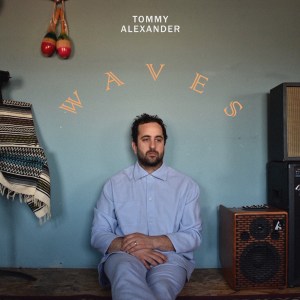 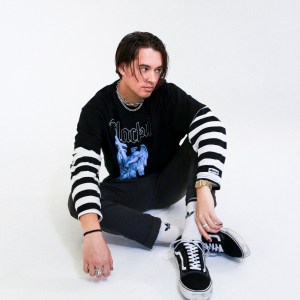