Experimental, minimalist, art-pop….is that a thing?

It is if you are Heather Trost. Better still, it has the imprimatur of Jack White who thought enough of the enigmatic songwriter’s talents and unique, some might say eccentric, vision to release her music on his high-profile Third Man imprint.

Certainly the White connection will help expose Trost’s wildly creative, if somewhat alienating, sound. To make matters more complex, each of the seven tracks on this, her second “pop” (that description is open for discussion) album differs, sometimes substantially, from the sound of one before or after it. Everything is strung together by Trost’s angelic, often ghostly, sometimes unnerving, vocals and her passionately imaginative vision.

Trost is joined by her husband Jeremy Barnes on this journey, making it a collaborative project. The multi-instrumental twosome recorded at home with Barnes producing. It’s a logical way of working for music that could only have been created in a hands-off indie atmosphere. The effect of the opening “Let it In” is, like many of these tracks, akin to awaking from a slightly disturbing dream; you’re not sure what went on but you’re unsettled. The song, similar to much of the album, doesn’t adhere to verses or choruses, preferring to drift for nearly seven glorious psychedelic minutes. Trost sings about opening up and feeling the love and joy around with “Make the space for yourself for others, we may not have the chance again,” as she floats over a gauzy yet subtly propulsive beat.

Although Trost and Barnes carry the weight of the overdubbed instrumentation, they invite others to add guitar, harmonies and, in the case of the stripped down sweet retro styled 60s slow-dance ballad from the ethers “Tracks to Nowhere,” even some saxophone on the disc’s most melodic and dreamy moment. Some selections are a little too unfocused though, such as the stark piano and string driven “I’ll Think of You” that wanders around for its three minutes looking for a melody.

Trost is clearly a Harry Nilsson fan. She covered “Me and My Arrow” on her 2017 release and here dives into his already bizarre “Jump Into the Fire.” It’s an avant-garde version with distorted violin, droning guitar, and raw beats approximating the pounding percussion that made the original one of the oddest hit singles on AM radio in the early 70s. It’s also the set’s most propulsive, but not oddest moment. That would be the following “VK09” which follows with nearly nine minutes of vibrating, free-form tape loops as Trost repeats just three lines over the song’s duration with occasional drums accentuating the darkness.

Obviously this isn’t for everyone. But Trost and Barnes push boundaries on the often inspirational, always interesting, occasionally off-putting Petrichor. Those with open minds prepared to take the leap into this artsy sea will come away richer for the experience. It’s unclear where she and her husband will go next, but based on what is here, it’s worth following them to find out. 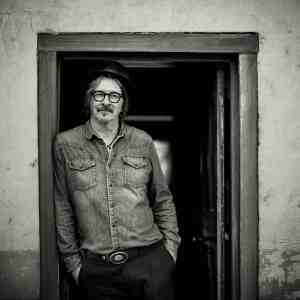 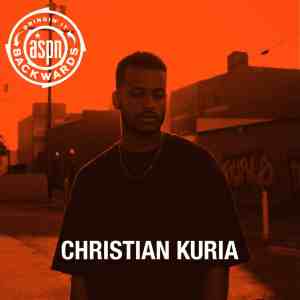