“You didn’t tell me about these costumes,” huffs Luke Pritchard in the opening scene of filous and the Kooks’ new “Hey Love” video, featured below. “We look ridiculous! I didn’t think we’d do any of this. And what’s going on with this conductor?”

The conductor in question is none other than Matthias Oldofredi, the Austrian producer better known as filous. In the video, he plays a goofy maestro on a quest to coax a perfect performance out of the Kooks. Oh, and they’re all dressed in 18th century English garb. It’s a silly, lighthearted complement to the song, which filous has described as an effort “to give [the Kooks’] English sound a Viennese touch. Distortion meets cleanliness. Guitars meet violins.”

We caught up with filous over email about collaborating with the Kooks, setting up his own studio, and finding inspiration in his home city of Vienna. Check out the full interview and watch filous and the Kooks’ “Hey Love” flick below.

American Songwriter: Where’s home right now? What have the last few months looked like for you during quarantine?

filous: Vienna! I was very lucky to have been able to spend my quarantine in my new studio Villa Lala.

I actually spent most of the time working [on] my new song “Hey Love.” Just when lockdown happened in Austria, I had just finished the last big recording session for the song, and having done so many different recordings for this song, ranging from drums to string ensembles, I thankfully had lots to do putting these recordings together and focusing on producing and mixing the song.

Tell us about your latest single “Hey Love.”

Back in the summer of 2019 I got a call from my publisher, who asked me if I would be up to getting into the studio with Luke Pritchard from The Kooks, and as I am a big fan or their music I was quick to take him up on the opportunity! Writing the song itself was a really natural process. [Co-writer] Florence Arman, Luke and I were on the same page from the get-go, so it all came together fairly easily.

You’ve said, about “Hey Love,” that “I wanted it to end up sounding like a logical evolution from [The Kooks’] own releases, while giving it a new spin. The idea was to give their English sound a Viennese touch. Distortion meets cleanliness. Guitars meet violins.” What was it like to collaborate with them?

After writing the melodies and lyrics to the song, the next step was to get into the studio again to work on recording all the parts. Being in the studio and working on the production with them, I really got to witness their genius intuition combined with an incredible experience and musical skill, which is so prevalent in their music.

I know you have a new project on the way. Can you tell us a little bit about what to expect?

As I am right in the middle of it, it’s still hard from me to take a step away from it to really be able to communicate what I am working on right now. It is very exciting for me though to be able to conceptualise a collection of musical works!

Last year you told Atwood that “My main instrument at the time is probably the electric guitar. I’ve been writing a lot lately with this weird cassette tape based instrument called onde magnetique though! It really challenges you to come up with new melodies.” What are some of the instruments, tools, or techniques that you’ve been exploring recently?

I think one of the biggest changes to my workflow has been my new studio. Having my own space means being able to curate the equipment and instruments I am surrounded by. Everything is centered around my customized Studer 269 console, which every instrument, outboard gear and microphone is connected to, with everything always ready to go. On top of it being lots of fun to work with, I’ve also really learned to appreciate the sonic possibilities, as well as the limitations of having to rely on the analog gear I have in my studio (as opposed to the unlimited choices plugins give you). I also enjoy spending less time in front of my screen.

What are some recent inspirations or influences? Can you hear any of them in the new stuff?

A big inspiration has been reconnecting to my home city, Vienna. If my music ends up having only a hint of Viennese architecture in it I would be more than happy! 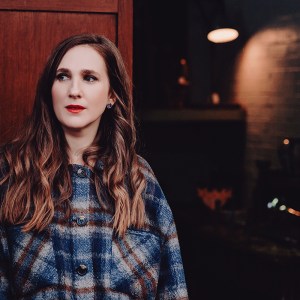 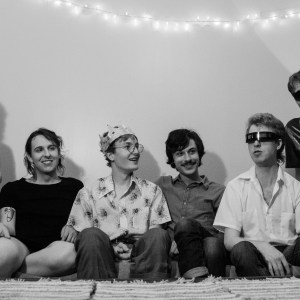