Alexander Biggs’ latest offering — while not intentionally trying to capture the barrage of feelings of the last year — did so with aplomb. Hit or Miss offers hope and understanding while painting with a brush dipped in loneliness, distance, and unanswered questions.

The project was self recorded and produced; it was written in a myriad of locations, and can sound like diary entries of a person weaving through space and time.

Biggs said of the project, “It’s my hope this can serve anyone in their travels, through all their loving and all their hurting.”

“I hope it sees them, like it saw me, through all their hits and all their misses.”

With its release, he offered readers of American Songwriter a glimpse behind the curtain of what made each song unique to him.

1. Low
Low is about being in a perpetual state of sadness, and sharing that with someone else in a very complicated way, even in your joy and anger and everything in between, always feeling a thin veneer of perpetual shades of blue.

Low is about the constant feeling to want to lay down and let everything in life happen to you without any input from yourself because navigating it is exhausting and difficult.

It’s about the Laying Down Feeling but laying down in the blanket of someone that feels the same.

2. All I Can Do Is Hate You
AICDIHY is a retrospective song on wanting to love and be loved so completely that by the end of it all that’s left is emptiness. It’s about loving deeply, rather than resentment afterwards. To love someone until you hate, to touch until you’re bruised, to ruin the scent they wear are all ways I wanted to amplify and illustrate that kind of intense connection.

3. Postal Address
Postal address is an erratic movement of thought, blurring from a late night into a rainy morning. It’s about distance, loneliness and the struggle of living in places you’re always priced out of. This song has always felt like one of those mixtape songs you send your friends, with the final version being the original demo. It’s rough but I think that all stems from how I was feeling when I wrote it.

4. Madeleine
Madeleine is sort of an observational piece. It’s an amalgamation of a few toxic relationships I’ve observed from relatively close. It’s almost a caricature, but I think what makes it so visceral is that we’ve all seen this in someone, maybe even ourselves.

5. Miserable
Miserable is a realisation that our own sadness can impact the ones around us. When I wrote it, it was almost like a soft plea — Am I weighing you down? Is my hurt hurting you? What are we going to do?— It was a consoling and an explanation, a conversation and a statement — a deep sigh and a head on the shoulder.  It was like a long timeline happening all at once. There was misery and joy and it was synchronous and fluid.

6. All I Know (Feat. Wilsen)
All I Know came out of a session with a new friend, Tamsin of Wilsen during my first trip to New York. Like everyone, I was completely enamoured by the city, Manhattan and it’s forest of buildings, it’s endless tunnels and echoes of cinema. We wrote the song late into our second day of writing with each other, and had lunch on the rooftop in Queens. It’s another song of the pangs and aches of longing, of knowing, and of feeling as if you’ve gone through life knowing it only through this lens of togetherness with this person, and now they’re gone and it’s all gone and you need to start life over completely. Every experience is different now because every experience before was everything.

In my mind it’s like you’re watching a movie of everything that you’ve ever experienced, and it’s all so beautiful and gentle and fuzzy, and the film is burning up as you see it. It’s like you know once you see it this one last time you’ll never know it again.

That’s what so much of this record is, in my mind at least. It feels like you’re an observer of everything that has happened, but you’re outside yourself and everything gets more and more gone.

Anyway, we recorded this dusty, fuzzy demo of the song and I took the train into Manhattan and just walked for blocks without rest, full Forrest Gumping it, listening on repeat. I think I sewed it into my mind with all that listening, that repetitive piano key stitching it to the back of my skull. I texted Tam and said I thought it was perfect and she agreed.

8. Laundromat
Laundromat is about the feeling of distance, and how it can be present when you’re close to someone, and that maybe it grows from something that’s always there. It’s a feeling that I wrote around what was happening at the time, a feeling of an invisible string tied around my guts that gently moved between taught and slack through the distance of someone else. And then it’s about wishing wells and laundromats and winning the lottery in the hope you can make back the time you’ve sunk and move on with your life. The final verse, of hoping they’re okay dancing on your grave is just tongue-in-cheek a la macaroni necklace.

9. Macaroni Necklace
Macaroni Necklace is a song I wrote from a failed poem (You are a full blown pasta bake/ I am a macaroni necklace) late in the night after the writing session for Holding Onto You. The cicadas droned, hidden in the trees as I fiddled on the piano we had mic’d up, and then it fell out of me. It feels  almost like a footnote that I wrote to excuse all the dramatics of the day. It seemed fitting to end the night on something playful and sardonic, something tongue-in-cheek, self-aware of the heavy feeling in the air

10. Mostly I Feel Nothing
I wrote this song late into the mixing of everything else and so it wasn’t meant to be in the record. It’s about coming back after a long time away and trying to feel something when you can’t. It’s about things gently falling undone without you noticing until you trip on  them like worn out shoelaces.

11. Hit or Miss
This song kind of bleeds in with Mostly I Feel Nothing, although I wrote it much earlier. Hit or Miss is about the car park where I used to go at midnight to have arguments with my partner so no one could hear. It’s also about the idea of love gently floating away in the night, waking up to find it’s not there anymore. 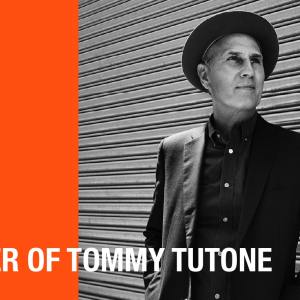 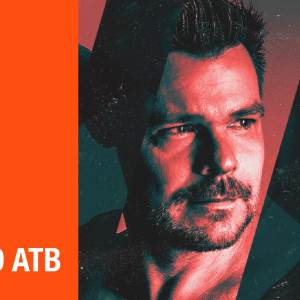