With a population of under 500,000, Estonia’s capital of Tallinn is a small city, perhaps too compact to fully capture the scope of Holy Motors’ melancholy Americana croon. Pulling their name from the Leos Carax-helmed 2012 film Holy Motors, starring a shape-shifting Denis Lavant taking on various, shadowy personas, the band have changed form since first coming together in 2013 with a then 16-year-old Eliann Tulve fronting their darker Americana union. By 2018, they released debut Slow Sundown, and nearly 10 years after forming, Holy Motors return with their second collection of work, Horse (Wharf Cat Records), a stunning ode to America, country music, a wilder wild West, and a world Holy Motors have been enraptured in all along.

Rooted in their Estonian music scene Holy Motors—vocalist Tulve, guitarist and songwriter Lauri Raus, and guitarists Hendrik Tammjärv, and Gert Gutmann, and drummer Kaspar Kiinvald—have already carved out their experimental, country-tinged niche. Over the summer of 2020, the band played two shows in Estonia, which felt strange not so much because of the pandemic, but since they rarely play in their country. “Things have opened up a little in Estonia,” says Raus, “But unless you are mainstream, you don’t have quite a following in Estonia.”

Amid the obscurity of where Holy Motors’ fit in, in Tallinn and the rest of their country, Horse encases their decadently dark meanderings. Holy Motors are far from shoe gaze. What they’ve concocted is more boot gaze. Continuing their more esoteric experiments in country and everything Western-obsessed from Slow Sundown, on Horse, Holy Motors dig their heels into something stunningly ritualistic.

Within 32 minutes, Horse drifts into another time and place, like a nocturnal road trip through Americana nostalgia, driven by dizzying and hypnotic arrangements and Tulve’s tranquil vocals. Melting into sultry croons on “Country Church”—a track Raus says was inspired by his observations of Texas churches during an American tour—thick instrumentals texture all the smoke and mirrors around the moody percolations of Horse. “Endless Night,” inspired by a night when the band’s van was pulled over by state police in Virginia, continues into the serene motions on “Midnight Cowboy,” while “Road Stars” explores the impulses and resistance of love with a duet between Tulve and Craig Dyer of psychedelic garage rockers Undergound Youth.

A favorite track for Tulve, dreamier “Matador” is one she repeatedly listened to while in school in London. Coasting through their own after-dark movie soundtrack, Horse moves through “Come On, Slowly” and picks up on “Trouble” before its hazy instrumental close of “Life Valley (So Many Miles Away).”

From Slow Sundown, which earned a nomination for Debut Album of the Year by the Estoniain Music Awards, through Horse, everything was a natural evolution for Holy Motors. Growing up in the former Soviet-occupied nation had profound effect on the band, who were always drawn to American film, music and art. “Being in the Soviet Union, the American copyright laws couldn’t reach us, so there were a lot of Estonian bands copying whatever country, club, or rock music they could find,” says Raus. “I guess country music came to us from movies initially, and then after a while we started listening to it on its own. Obviously, there are no Estonian guitar brands, so we were using Fender and American instruments, and you get the twang from that.”

At first, the band will admit that mixing country into their sound was more of a joke in their earlier day—until it stuck. “I remember years back when we first started making music, we had a whole different kind of sound, but at the same time our previous guitarist and Lauri would play around with some country in the middle of creating our songs,” shared Tulve. “At the time, we were just joking around playing country, and I think now we actually embraced it more into our own music.”

Recorded in Berlin, the band’s main songwriter Raus says every song is personal, yet he’s reluctant to give too much away in lyrics. “‘Country Church, for me, was a breakup song,” says Raus, “but no one what else would get it, because Tulve didn’t sing it out loud.” For Tulve, on Horse or anything she has written, it always comes from own experiences and a very personal place.

Now in her 20s, Tulve reflects on her journey in Holy Motors from her teens, and how she has evolved as a singer, and as an artist. “I feel like I’ve gotten more comfortable with my own voice,” says Tulve. “I remember when we recorded Slow Sundown, I was trying to imitate idols of mine. I had this idea of how I wanted to sound in my head, but I think now I feel more comfortable singing overall.”

Now that Horse is out, Holy Motors are ready for whatever is next, including releasing several songs recently produced by Brian Jonestown Massacre’s Anton Newcombe, who became an early fan of the band and even joined them for a set during Switzerland’s Festival Nox Orae in 2019.

Nearly a decade in together, Holy Motors haven’t released much music but have been fine-tuning their sound and songwriting, reaching more conscious storytelling from their earlier days. Horse is a timeframe of what they consider their best compositions written throughout the past five years.

“I think each song got a fuller body in the half-year prior to the whole recording,” says Raus. “It’s a whole collection of an era, and in a way it’s the best of whatever we have done to this day.” 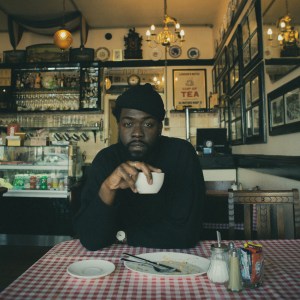 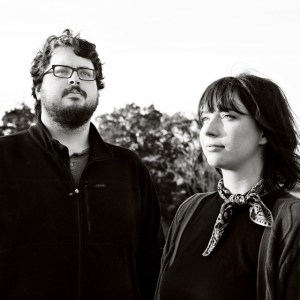