On March 20, 2020, Def Leppard was set to convene at singer Joe Elliott’s home and studio in Ireland for a month to toss around song ideas. When the ability to travel was shut down around the onset of the pandemic, the band was forced to find a new way to work after more than 40 years together, writing remotely with Elliott in Ireland, bassist Rick Savage in England, and guitarists Phil Collen and Vivian Campbell, and drummer Rick Allen still in the U.S.

Cut off from the traditional studio setting, the band found new momentum and eventually generated their 12th album Diamond Star Halos, 15 songs saturated by the era of Roxy Music and David Bowie and the music that always fitted around the band since its inception, while playing around with instrumentation and arrangements and a few country nods with Alison Krauss on board.

“We literally sent MP3s to each other,” Elliott tells American Songwriter. “We didn’t even see each other. We didn’t Zoom. We spoke on the phone—totally old school. We started off with seven pretty finished tunes to start and wrote a more as we went on and all of a sudden we had this amazing record.”

Initially getting over the awkwardness of writing through phone calls and shared files, the band never looked back. “We’ve dabbled in that in the past, so it’s not alien to us at all to work that way,” says Elliott of the band’s remote setting. “It turns out that we preferred it much more, so it’s highly unlikely we’ll ever go back to the traditional way of working again.”

He adds, “We just wrote songs as they came into our heads and because of that, I think the album is more diverse, it’s way deeper. We could get so much done when we weren’t working, because all you had to do is walk out of the studio and back into your life instead of waiting in a hotel for everybody else to finish their parts so you could get on with doing something else.”

Diamond Star Halos is a requiem of Def Leppard’s music past, and present, opening on a familiar melodic punch with “Take What You Want,” with the fiery “Kick,” written later in the DSH sessions by Collen, and “Fire It Up,” co-written by Sam Hollander [Panic! At The Disco, Weezer]. All mixed between Leppard bangers like “SOS Emergency,” “U Rok Mi” and “Gimme A Kiss” through the anthemic “Unbreakable” and the ominous fade of “From Here to Eternity,” a song Eliot started writing in 2016.

“It felt like the right way to ride out into the sunset,” says Elliott of the closing track. “It was an obvious choice to finish everything off in a cool, murder-ballad sort of way.”

David Bowie pianist Mike Garson leads the soaring piano- and string-laden “Angels (Can’t Help You Now)” and the flamenco-driven “Goodbye For Good This Time,” while Alison Krauss adds her touch to the a country-tinted “Lifeless” and “This Guitar,” the latter a song Collen had shelved for 17 years.

“I’ve always wanted us to do it, or if we weren’t going to do it, just give it to somebody else,” said Elliott of Collen’s 2003 “This Guitar” demo. “It couldn’t sit around forever, gathering dust. It needed to be heard.” Initially thrown into the growing pile of songs, “This Guitar” was rounded out with Campbell’s slide guitar along with some pedal steel.

“All of a sudden, it started to lean towards the Eagles or Poco or any one of those country-rock bands,” says Elliott. The song had been finished for a couple of months before the band asked Krauss to join. “She did the obvious harmony with me all the way through, and then she did all these little counter melodies, almost like Queen, and it just added so much amazing color to an already great song. She just made it greater.”

Co-produced with Ronan McHugh, Diamond Star Halos was written during turbulent and uncertain times, but there’s no socio-political diatribe. “We’ve always tried to make music that cheers people up,” says Elliott of the album. “We want to pull you out of politics, what’s going on in the world, and anything you’re dealing with. That was a really important statement for Diamond Star Halos. We didn’t write about everything going on right now. We just wanted to make a classic album. End of story.”

The past and present align for Def Leppard on Diamond Star Halos, an homage to the music that influenced them, even down to the title, pulling a line from the 1971 T.Rex hit “Bang A Gong” and singer Marc Bolan’s proclivity for cars and comparing women and most other things to vehicles—You’re built like a car / You’ve got a hub cap diamond star halo—though he never had a license to drive himself.

“When we got introduced and sucked in by David Bowie, and Mark Bolan and T. Rex, and Mott the Hoople, all of these bands and artists were such a special thing,” says Collen. “We celebrate it in a way on the album, but there was no real agenda.”

Collen adds, “We didn’t really know we were doing an album. We were just writing songs. There was no album briefing that we gave each other on this one, and before we knew it we were paying tribute and homage to our heroes—and they were our heroes.”

Far removed from the blueprint of how they recorded past albums, Elliott says Diamond Star Halos opened the door of experimentation and work within different spaces, and genres, for the band.

“It gave us that enthusiasm to keep wanting to make new music through accepting the idea of recording remotely, because it was so much easier and more fun and so much more liberating and freeing to record this way,” says Elliott. “There was no end game. There was no delivery date. There was no deadline. It was an absolute joy to do. We never want to go back to the traditional way again.”

Now more than 40 years since the band released their debut On Through the Night and nearly four decades since their first major success Pyromania, the spark is still lit for Def Leppard.

“A lot of rock bands tend to peak way too early and then the rest of their career is mundane, if they even have a career,” says Elliott. “With us, we’re still seeing a trajectory that’s going upward. We’re like little kids in a slightly older body, but we still dwell with all the experience of being in a band for 45-odd years.”

Crediting their working-class Sheffield roots is something Elliot says has kept the band humble all these years.“We’re lifers,” says Elliott. “This is a real gift. We’re aware of the fact that it’s a blessing to be able to do what we do, and we don’t want to waste it. We’ve stayed on the straight and narrow in that respect, and it’s all about the song. The song has always been the boss.”

Elliott adds, “We’re never going to write a song that’s going to be as popular as ‘Sugar’ [‘Pour Some Sugar on Me’] or ‘Photograph,’ but that’s not going to stop this train. We still think we’ve got better songs from what we’ve written in the past to this new album. It’s always in front of us.” 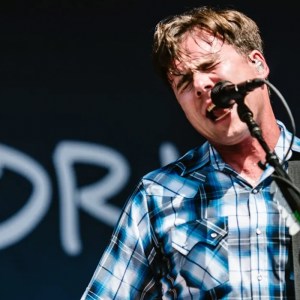 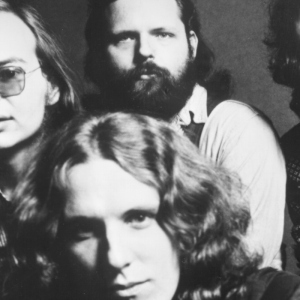