Sibling duo the Oh Hellos have been musical collaborators for years, but Maggie and Tyler Heath have never undertaken anything quite like their latest project — four EPs framed around a question: Where do ideas come from?

Their goal wasn’t finding an answer; the Austin-based artists were more interested in following whatever threads of inquiry their curiosity might reveal. By the time they were done, they’d undertaken a deep-dive examination of faith, one they expected would pan out as a “deconstruction slash reconstruction,” according to Maggie. Instead, they experienced an implosion or sorts, precipitated by the conflict between their understanding of Christianity and the increasing support they saw for behavior completely at odds with those teachings.

‘We were watching a lot of people we had grown up seeing as either spiritual leaders or just, they were the adults in the room, openly embracing political ideologies that were so counter to what they had taught us about what faith and tradition was supposed to mean,” Maggie explains. They wondered how a shared faith could produce “such different conclusions about how to go out in the world.”

The more they questioned, the more it altered their course. Which is partly why there’s a 2½-year gap between the first two and last two releases in their four-part EP series — each named after a wind deity in Greek mythology.

“We were more interested in the idea of the change between seasons than yet another four-part cycle on the seasons,” Tyler says. “In mythology, these winds ushered in seasons. They were not representative of the season as a whole.”

Their first release, in late 2017, was Notos, named for the god of summer’s south winds — and dangerous storms. Euros, named for the god of east winds and autumn, followed in early 2018. Neither, obviously, was released to coincide with its actual season — a pattern that continued with Boreas, named for the north winds that bring winter’s freeze, and Zephyrus, who brings spring’s gentle west winds. Boreas arrived Sept. 4; Zephyrus’ release day is today (Oct. 16).

They’d actually intended to release Boreas last winter. “Go figure you wouldn’t be able to exactly map out what you’re going to believe after several years of questioning your faith and your upbringing and your head, you know?” Maggie notes. “So just to make sure we were leaving plenty of room for us to be honest with ourselves, and honest with the project, took longer than we expected.”

And then the pandemic arrived. Eventually, they decided to stop waiting and unleash the winds of winter and spring. (At this point, their fellow Texans might insert a weather joke, but a more fitting allusion might be to November’s pending winds of change.)

Each segment is filled with multi-layered orchestral arrangements, richly textured harmonies and lyrical complexity. Their distinctive style brings to mind Ohio band Over the Rhine, with nods toward progressive folk-rock predecessors Renaissance, Fairport Convention, the Strawbs, It’s a Beautiful Day and Steeleye Span.

Tyler admits he knows none of those bands. The Heaths list Fleet Foxes, Sufjan Stevens and — no lie — the Muppets as influences.

“We are very bad at nailing down exactly where we sit on the genre spectrum,” Tyler confesses, adding, “We have appreciated when people describe us as folk punk.”

Well, sure. Why not — though that hardly conveys the almost meditative tone of these carefully constructed works, in which each note seems lovingly placed, then given enough space to define its own contours. The juxtapositions are so seamless, it takes a minute to realize the lovely 46-second interlude of “Holding on Where I am Able” is a separate work and not just an introduction to “Theseus.” The segue from the delicately reverberating ting of a bell or prayer bowl into synthesized blurps and bleeps somehow makes perfect sense, as does a banjo plucking a Asian scale next to a Celtic fiddle’s drone before both shift toward Appalachia.

The Heaths are pretty sure their Celtic lean comes from Irish lineage on their mother’s side. Being the daughter of a band director, she set them on their musical path early. Their father, who’d played music in school, also encouraged them.

“By the age of 5, I wanted to press or pluck or blow into anything that made sound,” Tyler recalls.

“And he did,” cracks Maggie.

Born four years apart (Tyler came first), they grew up in Angleton, Texas, near Houston. Maggie sang in church and school choirs. Tyler didn’t, but became fascinated with harmony because his mother would always harmonize on church hymns instead of singing the melody. It stuck with him. He started writing songs as a young teen.

“At some point, I realized I was enjoying singing and songwriting enough that I sought out some voice lessons, just to make sure that I wasn’t gonna build any bad habits that would damage my voice,” he says.

Maggie received some classical vocal training while attending Texas State University in San Marcos. Tyler studied music composition at the University of Texas at Austin, then moved to San Marcos, where he and Maggie started collaborating about nine years ago. Now living in North Austin, they intentionally moved within walking distance of one another. They do most of their recording at Tyler’s home studio.

Though they share credit as producers on their albums, Maggie tends to do the writing and Tyler the arranging. When they perform live, say, at a Tiny Desk Concert at NPR headquarters in Washington, D.C., or Rhode Island’s Newport Folk Festival or Pickathon in Portland, Oregon, they bring a big bunch of players — including some who came up in punk and hardcore scenes.

They’re not out to re-create every sound on their albums, however. “We reinvent it live,” Tyler says. “There’s a lot of adaptation and translation. And then there’s a lot of additional arranging, where we look for the parts that we feel are the most important to get across live.

“We have to condense down the music so that it still feels the same, or brings you the same emotions, without being able to literally have 10 guitar parts all happening at once to create these big, expansive textures,” he adds. “Pretty early on, we realized we’re not gonna hit this note for note, but that’s probably OK. How can we just lean into that? As much energy and intensity as we squeeze into the records, I feel like the live show is just cranking up that dial even further. Just trying to have as much fun as possible. And also get the aggression out a little bit.”

And for the record, they haven’t forsaken their faith. But they still have questions, and they know they’re not the only ones. With this project, Tyler and Maggie say, they hope to convey that it’s good to question. It’s even OK not to find answers.

As they sing in “Theseus”: It’s a wonder we expect a thing to/stay the same at all. 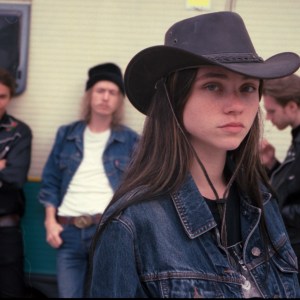 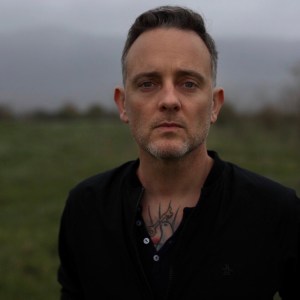