In the 2012 French film Holy Motors, directed by Leos Carax, the protagonist, Oscar (Denis Levant), hops into a chauffeured limousine and into several, diverse personas. Like some twisted Parisienne take on Baby Driver, one minute he’s a disheveled leprechaun abducting a supermodel, played by Eva Mendes, and the next he’s an old lady begging for change on the streets.

Conceptually, this storyline was the perfect eccentricity for Holy Motors. Plucking the film’s name as its own, the Estonian band somehow embody its convoluted narrative. Holy Motors are musical shape shifters, formed around the American West, and a dreamy psyche-country revealed in the shadowy croon of “Country Church.”

Reflections on America, open land, love, loneliness, and other dark revelations, “Country Church,” off the band’s upcoming Horse (Wharf Cat Records), out Oct. 16, burns so slow. Unwavering in its moodiness, “Country Church” is hypnotic, an esoteric Western shoegaze with Eliann Tulve’s beguiling vocals melting around rockabilly twangs, their sound clearly inspired by their coming up in the former Socialist republic.

Formed in Tallinn, Estonia in 2013, when singer and songwriter Tulve was just 16, the wheels of Holy Motors started churning earlier when the band—consisting of Tulve, guitarists Lauri Raus, Hendrik Tammjärv, and Gert Gutmann and drummer Kaspar Kiinvald—were deeply influenced by America’s cowboys and Estonian cinema after the fall of the Soviet Union.

Following the band’s 2018 debut Slow Sundown, which picked up a nomination for Debut Album of the Year by the Estoniain Music Awards, Holy Motors grabbed the attention of Brian Jonestown Massacre’ Anton Newcombe, who produced several tracks for the band in 2019. Previously, the band released a 7” The Heavenly Creatures in 2015, and pulled in The Men’s Ben Greenberg on mixing duty.

Written while the band was driving from Tennessee to Texas, maybe “Country Church” was some kind of Americana epiphany for Holy Motors, of a place they’re meant to be—or feeling at home while so far away from home. In the video, Tulve, donned in a ruffled cowgirl dress and cowboy getup, is finding her way around the farm and fields in a cinematic span.

“It’s our own spin of a country tune,” Tulve tells American Songwriter. “It’s about failing romantic relationships and the profound mental blues.” 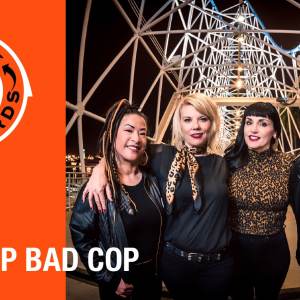 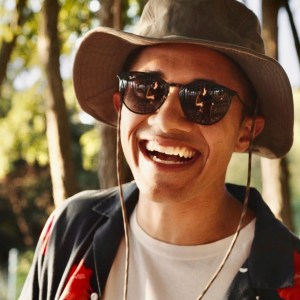