I’m pretty tight with my twin brother, but we’re definitely not on Carly and Martina’s level.

The 18-year-old twin sisters and Chicago locals have spent the last few years writing, recording, and producing their own tunes largely from home. In the words of their Spotify bio: “twins + a laptop + basement beats = Carly and Martina.” So, for all the twins out there asking themselves, “Why don’t my other half and I have a DIY, R&B-inspired, basement pop project?”—I feel you!

Today Carly and Martina return with another single off their upcoming album. “Honeymoon” is an escapist relationship bop that pairs the sisters’ smooth, sugary vocals with a playful, bouncy beat.

“For this song, we wanted to take a dreamy look at a new relationship,” Carly and Martina tell American Songwriter of the track, which premieres below. “We were inspired by this idea that being with someone can feel like a vacation because everyday life events become glamorized and fun.”

The sisters—who both have backgrounds in classical and jazz piano—wrote the lyrics of “Honeymoon” after the music.

“The music actually came before the lyrics, and we leaned into plucked guitars, 90’s hip hop beats, and even horns to give a fresh but also lived-in vibe to the track,” they explain. “Even though we had a loose concept of the song’s idea, we had no lyrics or title planned, so we just kind of made it up as we went along, moving in a linear direction throughout the song instead of focusing on the chorus first. It was all about having fun with the song and not overthinking it, saying wacky things like ‘sugar in the sky’ to keep it whimsical.”

“Honeymoon” will appear on the duo’s forthcoming debut album, Are You Listening, which arrives next month. The song comes after Carly and Martina’s latest singles, “Your Song,” “Up All Night” (with Marina City), and “How I Like It.”

The duo recently shared a Beatles-inspired video for “Your Song,” telling HollywoodLife that “This video is all about bringing the throwback feel of our song to life. We wanted to recreate The Ed Sullivan Show because that’s where our favorite band, The Beatles, broke in the US. We used ourselves as the backup dancers, musicians, and crew to symbolize our hands-on approach to our career since we wrote, [produced, and] mixed this song ourselves.”

Carly and Martina also wrote, produced, and mixed the rest of the tracks on Are You Listening—including “Honeymoon”—so it’s only fitting that their DIY approach extends to music videos as well.

The duo has amassed a major social media following over the last few years, and they’ve used their platform for good. In April, for example, they participated in a campaign to curb the spread of COVID-19 in their hometown of Chicago: “when @chicagosmayor asked us to help spread the word to the city of @chicago to #StayHomeSaveLives we were on board!! How is everyone making the best of it while they’re staying home? #stayhomechicago,” they Tweeted with a 45-second a cappella plea to “respect that social distancing.” Fortunately for Carly and Martina, they never had to choose between working from home and working together during quarantine.“Honeymoon” is out July 24. Are You Listening is out August 7. You can pre-order it here. 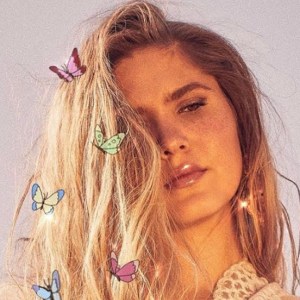 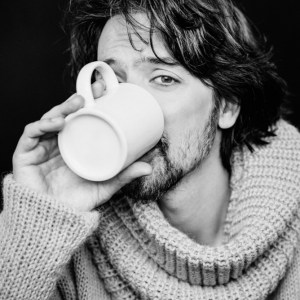