Even though it has taken a few years to complete, singer/songwriter Zoë Nutt is finally able to release her second album, “How Does It Feel.”

She started recording this album at the age of 25 and then, unfortunately, lost a large amount of her hearing. She took a year off from recording to get a cochlear implant and a hearing aid, but that doesn’t mean she stopped working on her career. She used this time to write songs for her album that she knew would come together one day.

Zoë shared with American Songwriter what it was like to have to undergo her journey with her hearing loss while also relearning to be a musician.

“It wasn’t easy. I think anyone can do it if they are put in that situation, but it wasn’t easy,” she said.

“When you haven’t been hearing out of one ear since you were 8 years old, and then someone turns it on all of a sudden, it’s not going to work right … it was an influx of information that I did not know how to use.”

Before she got used to being able to hear again, she would struggle to hear sounds such as the door opening. Having hearing loss and being a musician seems almost impossible, but for Zoë, it was not the end to her career. Instead, it was the beginning.

“It was really just toughing it out,” Nutt told American Songwriter. “Making myself play guitar, making myself sing even though I didn’t enjoy what I was hearing for a while.”

She just had to keep herself motivated and luckily, she had the support system and the time off to find her strength to keep moving forward.

Zoë’s first album, “Like You,” was released while she was studying at Belmont University. “It’s a labor of love and I love watching myself grow from that”

Each of the tracks on ‘How Does It Feel’ tell a story all of their own and they answer the question, “how does it feel?”

“The way I describe my songs is very storytelling-focused. They are all focused on stories and experiences that either I have had, or I have seen other people have and really just the theme of the outsider looking in, there’s a lot of that in these songs.”

This album will also feature guest artists, The Cadillac Three and Brandy Clark. Zoë shared what it was like working with these artists even though they have not all been able to meet up. Because of quarantine, they all recorded their parts for the album independently.

“I was scheduled to record with Brandy and then that week is when the shutdown really went into effect. I was afraid it was never going to happen but she and The Cadillac Three both really took the initiative and did a lot of the recordings themselves and that’s what made it happen. I am looking forward to actually meeting them whenever I can.”

Luckily, they had all finished recording right before the shutdown really set in.

For Zoë, music is a passion and it has given her the drive to keep fighting through the difficulty’s life has thrown at her.

“I think a big part of why I have always loved music is that it makes a connection with people … my proudest moment is when I’m playing on stage, I come off and someone says to me that the song hit them in a way or maybe they found a meaning to it that I never would have thought of.”

Listen to Zoë’s single, “Happy“, now down below and check out all her tunes on Spotify. 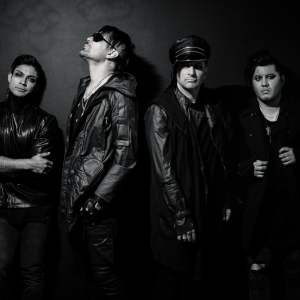 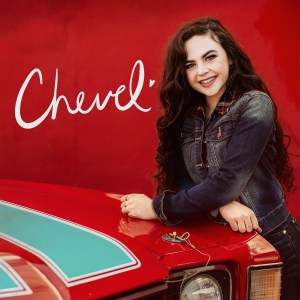