For the Los Angeles-based gospel singer-songwriter Natalie Bergman there is a crucial distinction between faith and religion. Bergman, who has endured almost unimaginable losses in her personal life, has worked diligently to transmute those moments into something she can stand on and believe in. She’s done so with the help of spirituality. Bergman, who lost her mother to brain cancer and her father and stepmother at the hands of a drunk driver, retreated to a monastery to find solace and peace to begin to attempt to sort out her ailing mind. In so doing, Bergman reaffirmed her relationship to her devout faith. As such, figures like Jesus continue to pop up in the breathy, organ-buoyed songs of her new LP, Mercy, due out May 7. But that doesn’t mean Bergman is trying to convert anyone. Instead, her songs are simply an expression of what it’s taken to remain upright in life given all that’s attempted to tear her down.

“This album stems from my own personal faith,” Bergman says. “I wouldn’t call this a religious album. I think it’s completely faith based. I’m not trying to put my views onto anybody. I’m just trying to sing these love songs. I’ve never been afraid to sing about the creator. In a way, I feel protected when I sing about Jesus.”

In the same breath, Bergman recognizes that religion can be a touchy subject matter. While she says Jesus has become “my shield,” she also knows that unspeakable acts have been done throughout history in both the name of religion and Jesus. But to get caught up in the awful acts of others does not allow room to grow, heal or recreate. Depression needs no more anchors. Instead, Bergman uses her faith like wind in her sonic sails.

“My faith has become such a place of comfort for me,” she says. “If anybody has a problem with what I’m saying, that’s their problem, it’s not my problem. This album, I had to write it because I needed to work through my own personal tragedy. The Jesus I’m singing about is all inclusive.”

Bergman, who grew up in a musical household, began playing violin at five years old. Her mother was kind and thoughtful but also strict when it came to practicing the instrument. Bergman, who grew up in Chicago, took lessons from the first chair violin of the city’s symphonic orchestra. Heady stuff. But, a few years later, she gave up playing violin, bringing her mother to tears. Today, she regrets the choice, speaking about it like an Olympic athlete might speak about not practicing enough for a second signature event. In the violin’s place, Bergman studied piano. She wanted to write songs—rock ‘n’ roll songs—and the piano was the medium.

“I couldn’t sing and play the violin at the same time,” she says.

When her mother passed, Bergman’s older brother took her under his wing. He was a touring musician and he brought his younger sister around the world with him when she was just 16 years old. For her, he acted like a parental figure, a mentor. After high school, Bergman began writing her own songs, recording hundreds on a four-track. With those demos, she and her brother formed a band together, Wild Belle. They later signed to Columbia Records after a bidding war. In 2013, they released their debut record, Isles, which hit No. 1 on the Billboard U.S. Heatseekers chart. The group toured internationally and landed some coveted late night television spots. Bergman was barely old enough to legally toast her success.

“Elliot showed me music and the power of it in a live setting,” Bergman says. “That was what promoted my dreams of being a performer professionally. In the end, we worked with Mark Williams at Columbia Records. He had a small roster of musicians, including Jack White, M.I.A. That was the right decision.”

Bergman’s forthcoming record, out on Third Man Records, is precise. She wrote and recorded it by herself. In a way, even as it’s completed and ready for release, Bergman says she’s still trying to figure it out, still trying to learn how to talk about it and what it is, ultimately. The album isn’t incomplete, of course. Yet, it keeps revealing itself to her in new ways as she continues to re-examine it. Standout songs include the bop “Shine Your Light On Me,” the reflective “He Will Lift You Up Higher,” the meditative “I’m Going Home” and the appreciative,“Your Love Is My Shelter.”

“Jesus was pretty well known for taking heartache and turning it into something hopeful,” Bergman says. “It’s not like I’m inventing anything new here.”

As she continues to engage with people about the sound and subject matter on the album, she sees how it affects people, most often in tender, touching ways. As a result, Bergman is enthusiastic about the work she’s doing. Indeed, she’s onto something. While it was born of tragedy, it’s creating the opposite, first for her and then for her listeners. Bergman says she’s looking forward to making the next one.

“I love that I have a way to express myself artistically,” Bergman says. “Reading messages from people, these emails that say I’ve moved them, that I’ve changed something in them, that I’ve helped them heal, that’s the best thing. That’s what I feel is my purpose.” 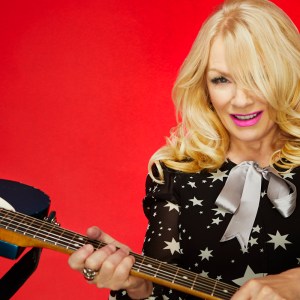 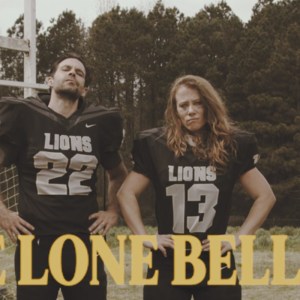