Released as an acoustic song on the debut LP by the Dave Matthews Band, Remember Two Things, “Christmas Song” is a retelling of the first Christmas by Matthews.

The song, which DMB plays live often and has appeared on other albums since its debut, including Live at Luther College and Live at the United Center, is a fan favorite for its nonchalant, real-life portrayal of figures that have been mythologized.

In the end, the song rings a distinct bell, bridging the Biblical with the human experience.

Matthews opens the song by singing:

Matthews continues with the story of Jesus’ life growing up to becoming the figure we know him as today. The rubbery-voiced frontman sings:

The song is a reminder about the real center and core of Christmas: to love those around us in the world. To forgive. To focus on appreciation. Sings Matthews:

That is the lesson Jesus learns on the Cross and it’s the one we’re supposed to remember as we watch our holiday movies, eat our confections, open our presents and adore Santa.

Check out three renditions of DMB’s “Christmas Song” below, its original release, acoustic and live with the full band from the Windy City. 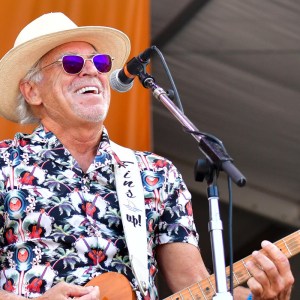