Being a songwriter is both the best job in the world and one of the hardest. It’s the best because we make songs. We make order out of chaos, and find harmony within the dissonance. We give meaning to an increasingly crazy world, and create something timeless in a time when nothing seems to last more than a moment. And we get to live inside of music, which remains one of mankind’s most beautiful forces, as mysterious as ever, and powerful.

But it’s also forever arduous, not only for the decimation and reconstruction of this industry we once knew, but because being a songwriter is a vulnerable position to be in.  Songwriters necessarily feel things deeply. They have to in order to reach down into that well of emotion and swirl of ideas and capture it with the abstractions of music combined with the specificities of language. And the kind of person who wants to do that, who connects so directly with sorrow, or any intense emotion, is deeply hurt by criticism and rejection. So this songwriting thing can be painful. But it’s a necessary pain.

It takes real courage to do what we do. This is the business of putting your heart and soul out in the world, where everyone feels free to criticize and tear down what you’ve done. And it hurts. Songwriters, except if they’re genuine hacks, feel this stuff to our cores. And when somebody tears into one of your songs, it’s like an arrow straight to the heart. Because, as Randy Newman told me, songwriting is “life and death.” It’s everything. Nothing means more. Few things achieve the kind of bliss a songwriter experiences after completing a great one. And few things hurt more than unwarranted criticism.

Sure, constructive criticism is good and even necessary. But destructive criticism, well, that is quite a different matter. Any kind of rejection can be hurtful. Yet this is a business, not a humane organization created to coddle songwriters. This is an industry, and those in charge necessarily want something from you they feel will sell. And they determine what will sell by what is presently selling. At this very second.

So your challenge becomes not only the writing of songs, but the ability to withstand criticism and rejection. If you are not derailed by it, you can stay on track. If it does stop you, however, you won’t make any progress. As long as you don’t stop, you are unstoppable.

Unstoppable songwriting examples abound: When Harold Arlen and his lyricist Yip Harburg worked on a song score for The Wizard of Oz, Arlen first wrote the melody to “Somewhere Over The Rainbow,” but Yip didn’t like it at all. He had yet to write the words, and felt this was too sophisticated – and “like a torch song” – for a little girl in Kansas. Arlen invited Ira Gershwin to hear it, and he suggested simplifying the accompaniment, to  “play it like a folk song.” When Yip heard it in this new setting, he recognized the beauty of this tune, and wrote the iconic words to it. Had Arlen not persisted, this standard would have been still-born.

Dave Brubeck said when he brought “Take Five” to Columbia Records, they didn’t want to release it: “You don’t know the fights we had,” he said. “It wasn’t in 4/4 time. The sales-people said it could never work. Well, they were wrong. It worked.”

Record companies being wrong is nothing new. Capitol famously rejected the Beatles not once but many times.

Tom Petty said when he brought in Full Moon Fever, his label rejected it because they didn’t “hear a hit.” He waited six months, brought in the same record, and they loved it. It became one of the greatest triumphs, generating not one hit but four, including “Free Fallin’.”

Ray Evans, who with Jay Livingston composed several standards, including “Silver Bells,” and “Que Sera,” said every one of their famous songs was turned down and criticized. “Every hit we had was turned down all over the place,” he said. When Doris Day first heard “Que Sera,” she so hated it she refused to do more than one take. It became the greatest hit of her career, and her theme song.

Well, there is somebody that knows. That’s you. The songwriter. You know better than anyone – be it a critic, an executive, a singer, or even a spouse. You know what you’ve got. You need to trust your heart, and trust your song. And know you’re not alone. So many of the great songwriters I’ve interviewed told me they suffered because of criticism and rejection. Their years of success did nothing to protect them from this injury. Yet they used the pain to motivate them to move towards their next work.

Paul Simon said he was so downhearted by the poor reception of his album Hearts and Bones that he felt nobody cared anymore, “nobody was listening.” But rather than indulge in self-pity, he followed his muse to South Africa and recorded the tracks that became Graceland.

“I don’t think it’s a good idea for a serious songwriter to pay attention to what [critics] say,” said Simon. “It’s just too hard … Unless you write songs and make records, you just can’t know what it’s about.”

It helps to remember that what you do matters. Writing a song – in this world at this time – is a true achievement. The world doesn’t tell you to write songs. But songwriters forever bring new songs to this old world, and that is, as Van Dyke Parks once said, “a triumph of the human spirit.” Whether one person hears your song or one million, it is a true triumph. 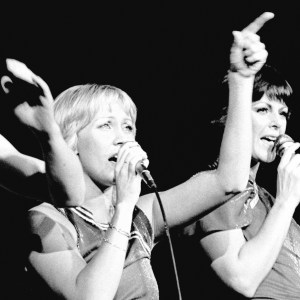 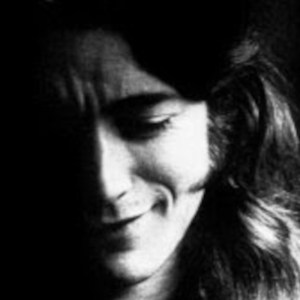