How songs are built to defy obsolescence

Time was when things were built to last. Growing up in the 60s, I remember we had a black dial phone. It was indestructible, built like a tank. All of Illinois could have been leveled by atomic bombs (which we were told could happen at any moment) – yet that phone would be unharmed.

But that was before the dawn of planned obsolescence, in which products were no longer built to last. Instead they were designed  to fall apart after a while, and were unfixable, needing to be replaced. Though consumers have to spend much more money for inferior products because of this system, companies make much more money, so it’s a way of life now.

Not with songs. Not necessarily. Sure, there are songs some might consider disposable. Built for that time only. With no lasting value.

But generally songs are built to last. That is the aim. Great songs are impervious to time; the power inside “And When I Die” by Laura Nyro or  “Sail Away” by Randy Newman, or “Angel from Montgomery” by John Prine doesn’t diminish as the song ages. Great songs are timeless.

Yet it’s the nature of business – even this business of music – to promote the notion that songs don’t last, and therefore new music is always better than old. Not unlike the way new peaches are preferable to any which came before.

But songwriters know that songs, unlike peaches, don’t rot. Nor must they constantly be traded in for a new improved song, like a new iPhone. Certainly our own response to them can shift, but a good song, one which is well-constructed and won’t “fall apart on the street like a cheap watch” (to quote Van Dyke Parks) loses nothing with the passing of time.

Even so, the  prevalent plea of ‘Yeah – great stuff – but what have you done lately?” – continues to reverberate through the culture. Which is understandable, given the context of life in America in modern times.

We are so used to the planned obsolescence of all we own that we forget there was a time when things were built to last. Your laundry machine, your car,  your telephone – all were built to last. If the radio broke – or the vacuum – you would take it in to get it repaired.

These days, few cars, vacuums or ovens are designed, constructed and manufactured to become classics, never to be replaced. Quite the opposite, in fact.

This thinking, when applied to songs, it’s both erroneous and harmful.It’s harmful to the culture’s understanding of songwriting, which is distorted by this insistent suggestion that songs should be new to be relevant, and songwriters must forever write fresh, better songs each year, loved by the public every year, or recognize their time is over, and accept defeat.

It’s also harmful to the songwriter, creating a dynamic of self-competition, in which they must equal or surpass their previous commercial success. It’s those songwriters who mastered the art of remaining unbroken within that dynamic, separate from the industry’s metric of success, who have endured through decades.

The late great John Prine, now recognized as a true American treasure, battled with this most of his career. Sure, part of it is his own fault: he made the mistake of writing undeniable masterpieces for his debut album, such as “Hello In There” and “Angel from Montgomery.” No one explained to him that if you start off at the very top floor of the Tower of Song, there’s nowhere left to climb, and it’s easy to fall at any moment.

When asked in our interview if he felt he had to compete with his first songs, he laughed, and said, “Only after so many people told me that so many times.”

He then added, “And then I got to remember that the gift I have, I only owe it to myself to honor that gift. I don’t have to compete against myself. Because that’s crazy. Why try to write a better song about old people or a better song about a veteran coming home? Why try to update “Sam Stone”? There’s no reason to. So I try to stay true to wherever the writing comes from. And it comes from the deepest well of emotion.”

It took me about eight years of polite persistence before I convinced Laura Nyro to do an interview. This was the 80s, and her period of tremendous commercial success – in which her albums were hits, and countless bands and singers cut her songs – belonged to the 60s and 70s. The reluctance to do an interview, as has been suggested, had to do with the worry that all questions would be along the lines of “So – what happened? You used to be so great. Your recent albums are nice but why don’t you still write great songs like you used to?”

It’s a reflection of that same dynamic, based on the false notion that new is always better in music than old. But let’s face it – has there been any new music better than The Beatles? Has there been songwriting more sophisticated and brilliant than that of Joni Mitchell? And these are but two examples. The truth is that in songwriting, old songs are often much better than new.

We all know this, yet still apply this metric to songwriting, to the extent that it begins to erode the true measure of the songwriter’s achievement. Yet instead of focusing on a negative – that they didn’t surpass their previous success- the focus should be instead on the true triumph of the great and timeless songs they did create. After all, most living humans never write a single song that is loved around the world for decades. To do that once is a tremendous achievement. But to expect someone to do that year after year is unrealistic.

Ready to Learn More about the Craft of Songwriting?

So songwriters take heed: though you might be told that your song doesn’t belong to this time, please remember that is an opinion, and one that might be quite wrong. After all, countless songs have become hits even though the production and song itself are intentionally created in the image of records past; John Lennon’s “Starting Over” mirrored 1950s rock & roll, while Amy Winehouse’s “Rehab,” written with and produced by Mark Ronson, had the sound and feel of a great 1960s R&B/Soul record.

Both were hits. Similarly, countless songs have become hits again in new versions and recordings of a classic song. Joan Jett had a big hit with the Tommy James & The Shondells hit, and it became a hit in the 80s for her.

These show that any kind of song, whether it has a brand-new sound or hearkens back to a sound or style from a previous era, can become a hit. So no song of yours is too old or new.

So don’t buy into this insidious insistence that only new songs matter. All songs matter. Remember that the writing of any song – to quote Van Dyke Parks again – is a “triumph of the human spirit.” Your song is a success on its own, separate from the industry, if you realized it fully. Do not look to others to validate your songs. You must be the champion for your songs. Without you, they have no chance of survival. If someone tells you it doesn’t work for them, fine. Bring it elsewhere. We cannot force anyone to hear the potential of a song. But it isn’t the final word. Songs which are built to last can last forever. They can last, as we know, far longer than a songwriter can. So, no matter what, never abandon your song.

Of course, building a song to last is not an abstract proposition. There are real, practical ways to make a song solid and sturdy. We will explore these in our next episode. Stay tuned.

Ready to Learn More about the Craft of Songwriting? 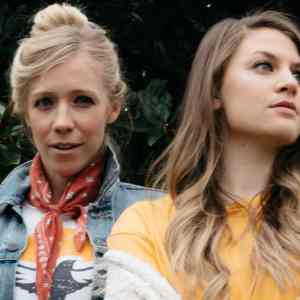 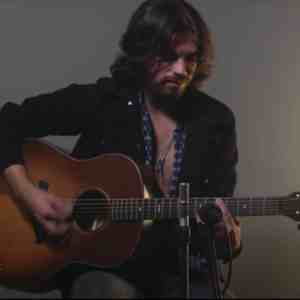