And how to avoid the comfort zone of incompletion

Write a song about the moon

From “Song About The Moon”
By Paul Simon

It’s the only one of his songs in which Paul Simon offers direct songwriting advice. It’s simple advice, but fundamentally important. Which is: if you want to write a song about the moon – or any subject for that matter – do it. Take action. If you intend to do it, or think about doing it, or ponder whether it would be any good, or any other variation on thinking without doing, you won’t make any progress.

The only way to proceed, reasonably, is to do it. Now. The point of power is in the present. Dally no longer.

By ‘do it,’ the idea is to do it to completion. Not only write one verse, or maybe a chorus. But to finish the song. Because – again, this is fundamental stuff – the only chance this song has of completion is in your hands.

Yes, this requires the tough part about songwriting. Work! Putting in time. Staying with it. Not letting it go. Because if you do let it go, thinking you can pick it up easily soon, you might be wrong. As Dylan said, “the saddest thing about songwriting is trying to reconnect with an idea.” Songwriters all know that feeling. That spark that lit up your spirit and led you to start the song might be pretty dim now, if not gone already. Getting back to it isn’t easy.

But it’s also important for songwriters to finish songs then and there whenever possible (which doesn’t preclude any future revision, of course) so as not to fall into the habit of starting songs you don’t finish. If you do, you paint yourself into the songwriting corner of knowing any song you start might be abandoned, and go unfinished forever. That is a pattern to avoid as it affects the writing of any song, diminishing the importance of the time spent writing. Knowing you’re heading into a dead-end isn’t good motivation for any journey.

For that reason, it’s important to finish songs even if you don’t find them worthy at that moment. Give it a chance to be a song first before you judge it.

Because it’s that active determination to realize your song to its completion which separates songs from non-songs. Untold billions of songs were almost born only to be halted in their development by the songwriter letting go of its spark.

Tom Petty said that when he started writing “The Insider,” as we wrote about here, it started coming through and was so strong that he stuck with it – he said for about four solid hours – until it was complete. He did the work, and wrote what he considered one of his best songs ever.

Dewey Bunnell, who wrote “Horse With No Name,” “Tin Man” and “Ventura Highway” for his group America, spoke to us about how he wrote those and finished each in good time.

While discussing writing “Ventura Highway,” he said, “All my songs came relatively quickly in those days because I always finished them. In those days I was always determined to finish the thing. I’d have it complete in my mind and I just couldn’t leave it alone until I’d finished it.

“Nowadays and in subsequent years,” he said, “I’d start a song, and never followed it through, so I had a lot of half-finished songs.

Whatever the motivation was, the result is three songs which have been alive now for decades. Each of which could be at the bottom of someone’s drawer now, unfinished and unsung.

Dion told us that his beautiful “Song for Sam Cooke, [“Here in America],” which he recorded on his new album as a duet with Paul Simon, was a song he wrote years ago. It remained in his drawer unrecorded, he said, because it was so personal, based on his own experiences, that he felt it could be unrelatable.

At this moment, that song is the most powerful on the album, as it reflects the culture of racism in America through our history which extends to now. And is a great song and record. (Simon and Dion together make a sound which is, as Dion put it, “sublime.”)

Still it is more common than ever, and easier, for songwriters to start songs they don’t complete. They start many songs and finish few if any. They get all charged and discover a verse or two, maybe a chorus, but never write that third verse, or the bridge.

It’s the same pattern with recording: those who plan to make an album, yet their intentions never equal any actual action.

As our friend the Grammy-award winning songwriter-producer-artist Marvin Etzioni explains, for many creative people, there is much anxiety about completion, as they are challenged by ever reaching a level of perfection – or near it – they feel is necessary.

“For a lot of people,” Marvin said, “their comfort zone lies in not finishing anything, so they never have to be judged or criticized. Maybe it’s a fear also that the material is not strong, which is something they would rather not face at all. Much easier is the ongoing work without ever any completion.”

In fact, I know more than one extremely talented singer-songwriter who has been working on an album, literally, for many years. To the extent that the possibility of completion seems impossible.

This comfort zone of incompletion is understandable. As the great dancer-choreographer Martha Graham explained, all artists feel what she calls “divine dissatisfaction” in a quest for perfection in their art. Almost all artists know the challenge of trying to create art which is immaculate, without any faults or weaknesses at all. Yet perfection, except in rare exceptions, is impossible for humans. The very definition of being human is imperfection.

But though perfection is impossible, to strive for it is natural. And when it comes to writing songs and making records, we can get closer to perfection than in almost any other area of life. When writing a song, the songwriter can always change any parts which seem problematic. In songwriting, with patience, some luck, time, focus and determination, a songwriter can get a song to a place where it seems perfect, and nothing else needs improvement.

But then the challenge becomes recording this near-perfect song in a way that exemplifies rather than obscures its greatness. Our modern, digital technology exacerbates the dynamic which causes this comfort zone of incompletion. With Pro-tools, it is easy to change every note, every phrase, every rhythmic quirk. Given that there is unlimited potential to change or shift any aspect of the recording, it’s an easy hole to fall into on the journey of making a perfect album. That quest for perfection in recording is the very reason why so many albums are never finished. To certain artists, no matter what, it’s just not good enough. It can be better.

Bob Dylan realized this kind of thinking could result in a songwriter spending all his time in the studio, with little less for songwriting or performing. He knew for him that recording usually live, with a band, was the easier and faster way of doing his job. It wasn’t about perfection ever. It was an understanding that all of this – the singing, the songwriting, the musicianship, the recording – is all done by humans, and that truth doesn’t have to be hidden. It isn’t about perfection. It’s about capturing the spirit of the song, like lightning in a bottle.

Had he followed this comfort zone strategy, he’d still be working on Blonde on Blonde.

Yet the man will spend much time and focus on writing the songs, and then rewriting them, often, many times. He understood that the key to doing this in a productive and meaningful way over decades had to do with the essential thing first – the song. If the songwriter can realize a song to its full extent, that is what matters most. Then the song can have a life, it can breathe, and even if it is captured in a raw or imperfect way in the studio, the song can be heard because it is whole. It is a finished thing.

Tom Petty had such a struggle with making his songs into records that, during the recording of his song “Rebels,”  smashed his hand in rage against the wall. He was so upset at not being able to achieve what he knew the song deserved that he hurt himself seriously. It was more than a year before he could play guitar again.

In time he transcended this challenge, and with producers Jeff Lynne and also Rick Rubin, came to realize recording did not have to be torturous. That it could actually be as joyful and fun as writing songs. But never did he lose sight of what mattered the most: the song. Never would he shy away from realizing every song to its completion.

Which means finishing them.

Finneas, cover story of our current print issue of American Songwriter, is a Grammy-winning producer and engineer. The guy is one of the most brilliant and innovative producers working now. He produced his sister Billie Eilish’s music and his own, as well as engineered. Yet he’s also a songwriter at heart, and one wise enough to know, even at his age, that it is not the brilliant production or engineering that matters most. It is the song.

And unlike others of his age, rather than make the records first and then write to the tracks, he writes the song first. He might even, as he discusses in our interview, perform the song solo for a long time before ever recording it. In this way the full character of the song can come alive organically without any production. When that is the case, producing it becomes less challenging, as the thing is complete from the start. But it all requires a simple rule which must be followed. To finish the song. Complete it. Wrap it up.

Hey, songwriter!
If you want to write a song about a face
Think about the photograph
That you really can’t remember but you can’t erase

Write a song about the moon

Photo by Kinga Cichewicz on Unsplash 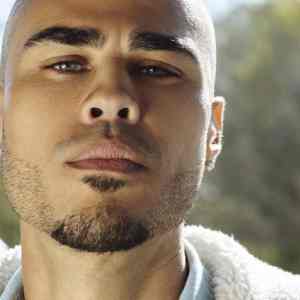 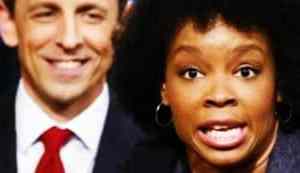