There are few figures in pop and rock history who have done as much in so many different areas of music as Peter Asher. In addition to a successful, decades-spanning career as a manager and producer, he also has gained a reputation for his Beatles expertise as an author (check out his excellent 2019 book The Beatles From A To Zed) and satellite radio host.

But it all started for Asher as a member of the duo Peter & Gordon, who parlayed lovely harmony singing and some Lennon/McCartney songs into stardom during the British Invasion in the early to mid-60s. Yet it was a song written by another 60s icon, Del Shannon, that led to perhaps the duo’s most iconic track: ”I Go To Pieces,” a Top 10 hit in 1965 and one of music’s all-time great weepers.

In an interview with American Songwriter, Asher explained how he and Gordon Waller got a hold of the song while on tour with Shannon only after several others passed on it. “We subsequently discovered that he had also offered the song to some people in America even before this tour,” Asher says of “I Go To Pieces.” “My first awareness of it was that we were touring with Del Shannon and the Searchers and he was playing it to them. I can’t remember if we were in the room or if we heard it from outside their dressing room or whatever. But I am certain that he had played the song for them and they had politely decided that it wasn’t for them. Which, I actually think was a mistake. With their great style and that jangly electric 12-string they could have made a killer record of it. But, fortunately, they didn’t.”

“I remember saying to Del that we really liked it and could we try and work up a version of it. Gordon and I spent some time on it on the road or in soundcheck or whatever and thought it sounded pretty good. So we asked Del please don’t give it to anybody else and when we get back we can record it.”

Asher didn’t expect this kind of material coming from Shannon, known for sprightly hits like “Runaway” and “Hats Off To Larry.” “I honestly was very surprised when he played us the song,” Asher remembers. “Because all the Del Shannon songs that I knew were his hits. They’re all in A-minor and they all have this sort of groove to them. And this didn’t. This was a very different sort of song.”

It was the sort of song that anyone who has ever endured a fractured romantic relationship and its painful aftermath can understand. The narrator spends the song trying to convince his eyes and arms to avoid his ex, only to be rebuffed by his own body parts. He tries to rise above it but he keeps getting dragged by down by sights and thoughts of her. It leads to the devastatingly direct chorus: “I go to pieces and I wanna hide/ Go to pieces and I almost die/Every time my baby passes by.”

Yet the harmonies of Peter and Gordon somehow manage to soften the blow. “It did come naturally to us,” Asher explains of the duo’s vocal chemistry. “But we were also educated by years of listening to the Everly Brothers, learning all their songs. There’s no question that we got it from the Everlys in the same way that they got it from the Louvin Brothers. Everybody learned harmony from singing along to great duet records. And we were no exception to that rule.”

Asher says that he initially didn’t register the depths of the sorrow contained in ‘I Go To Pieces.’ “In the beginning, I didn’t realize how miserable it was,” he laughs. “I just heard the melody and thought it sounded great. But it’s a very sad song. What’s interesting is it’s not just an ‘I’ve lost her’ song. It’s an ‘I’ve lost her, I can’t get her back, and I can’t get over her.’ It’s kind of grim.”

“But the record we made was not as sad as the song is when you actually read the words. Cause it’s a bouncy sort of record. I just thought it was a cool song. I liked the little guitar lick at the beginning. I liked the whole structure.”

Playing the song these days during his live shows, Asher occasionally steers into the wounded nature of the lyrics. “I do a version with Albert Lee. I get to play rhythm guitar while Albert is a genius (on the guitar.) But we do a version of ‘I Go To Pieces’ that’s very different. It’s way slow and makes you suddenly realize how sad the song is. We do a version that is actually more fitting to the lyric and less like a hit. But it sounds kind of cool. And it does get you a different perspective on the song.”

No matter how he plays it, Asher says the song wins over the fans, even if it takes them a beat or two. “You say ‘I Go To Pieces,’ the Del Shannon song, and it always gets a ripple. But the biggest reception is when you start it. It’s one of those songs where people don’t necessarily remember the name and, indeed, it does run into the confusion of ‘I Fall To Pieces,’ the Patsy Cline song, and all that stuff. A lot of people only recognize it properly when they start to hear it. So it gets a bigger reaction with the intro and the first few lines than it does from the title.”

Peter Asher has achieved a multitude in his amazing career. But he still holds a special fondness for this sad little gem of a song from all those years ago. “That’s one of the records that I’m prepared to be judged by,” he muses. “It came out pretty well. When I’m listening to the 60s station in my car, I do turn it up and I’m happy that it’s me.” 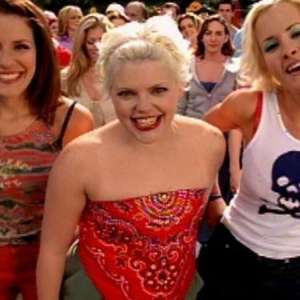 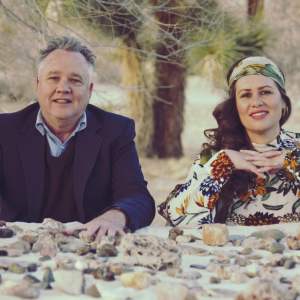