From the first time he played the song live on the stage of Chicago’s legendary Joe’s Live back in 2018, Devin Dawson has been telling the story of how a conversation with the legendary Tim McGraw inspired him to write his current single “I Got a Truck.”

As the story goes, the two were touring together back in 2018 as Dawson was just coming off the release of his critically acclaimed debut album Dark Horse. After an honest conversation about McGraw’s meager beginnings in the music business, Dawson headed straight to the backstage dressing room shower area to strum out a few chords and try out a few verses of a song that was brewing in his head. Still bursting with inspiration after the show, Dawson finished the song on the back of his bus later that night, with just his guitar and a joint by his side.

But…that story has been told.

There is, in fact, another story and another reason why this inspiring song hits so personal for the California native who found his way to Nashville to chase his musical dreams.

And that story has to do with a woman by the name of Christina.

“I was working at a feed store in California,” Dawson tells American Songwriter mere days following the release of his black and white masterpiece of a music video for “I Got a Truck.” This lady was a regular. She would come in everyday for one single bale of alfalfa.”

One day, Dawson inquired about why the 60-year-old didn’t just load up her car with more bales of alfalfa, and her answer just about knocked him down.

“She told me that her husband had passed away and that she could only drag in one bale in at a time,” recalls Dawson. “That day, I decided to load up as many bales as I could in my little Kia, and deliver it to her.”

As he drove up her driveway, Christina smiled, and decided to make the aspiring songwriter a deal.

“She knew I was going to Nashville and she knew I couldn’t get there with the car I had,” Dawson chuckles.  “So, she told me to sell my Kia, and whatever amount I could sell it for, she would sell me her truck. I mean, I long had had my eye on that truck.”

Thatwas the truck that Dawson packed up and drove to Nashville. And that truck, a 1999 Silverado with 165,000 miles, made its way into his new music video and still sits in his driveway. And it’s that truck that also inspired “I Got a Truck,” which serves up Dawson’s first new music since the release of Dark Horse.

“This song feels like the next thing I want to say,” says Dawson, who continues to receive accolades as a co-writer on the GRAMMY-nominated and the newly crowned ACM Single of the Year, Blake Shelton hit “God’s Country.” “Subconsciously, I wrote it for Tim (McGraw) but I also wrote it for Christina and I also wrote it for myself. It was a solo write, so you can tell that I’m not reaching for other people’s melodies or putting myself out of the box that I naturally draw from creatively. As a songwriter, there are just moments when you go into a trance. Someone says something or you hear a phrase and it’s like whoa, that’s a song. All of a sudden you see the whole thing, the verses and the chorus and everything.”

“Back in grade school, I never would follow those writing diagrams. (Laughs.) I would just write from the beginning to the end. And that’s how this one went. I wasn’t going out trying to find some unique music bed or anything. I just wanted to strum the guitar and let the lyrics fall out.”

Of course, Dawson knows the benefits of the talents of others, and yes, the singer/songwriter’s version of the original take on the song got a bit of a makeover once it landed in the lap of producer Jay Joyce.

“That backbeat and that kind of, in your face, driving feel of the song came straight out of the school of Jay Joyce,” Dawson admits. “He allowed the song to soar.”

It’s something that Dawson seems poised to do within an industry that has never been more open to a vulnerable and authentic artist looking to lean in with his heart.

“I find myself digging a little deeper into concepts that people might have never thought about putting in a song,” he concludes about his future songwriting. “They might not end up being the bubblegum smashes of the summer, but they are very gratifying to me.” 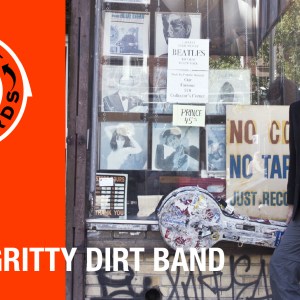 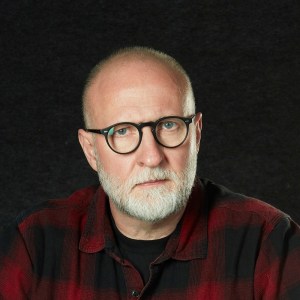