Though the AMA has postponed AmericanaFest, its annual September gathering in Nashville, until 2021, the organization is moving ahead with plans to hold its awards event Sept. 16 at the Ryman Auditorium. Should that ceremony take place, it’s likely Brandi Carlile — the top nominee with six, in four of six categories — will be among those appearing. Carlile was nominated as Artist of the Year, and with the Highwomen (also Amanda Shires, Maren Morris and Natalie Hemby), as Duo/Group of the Year. The Highwomen also received nominations under Album of the Year for their self-titled release, produced by Dave Cobb, and Song of the Year for the track, “Crowded Table,” written by Carlile, Hemby and Lori McKenna. Carlile and Shooter Jennings coproduced another Album of the Year nominee, While I’m Livin’, by Tanya Tucker, and Tucker’s “Bring My Flowers Now,” co-penned by Carlile, Phil and Tim Hanseroth and Tucker, is a Song of the Year nominee.

The organization expanded nominations from four to five in each category, with a tie producing six for Song of the Year. And for the first time, an artist received a posthumous nomination: John Prine for Artist of the Year — an award he won in 2005, 2017 and 2018; Prine passed away April 7 from Covid-19 complications. (Johnny Cash was still alive when he received three of then-four possible nominations in 2003; he won all three one week after his death.) Prine also won Album and Song of the Year in 2019. Yola, Brittany Howard and Tucker round out the Artist of the Year nominees.

In another first, women comprise the majority of Instrumentalist of the Year nominees — an award that has gone to women only twice since the awards were first held in 2002. In 2019, no women were nominated; only nine had received nominations in all prior years combined. This year’s nominees are: multi-instrumentalist Ellen Angelico, bassist Annie Clements, fiddler Brittany Haas, bassist Zachariah Hickman and guitarist/pedal steel player Rich Hinman.

Song of the Year nominees also include the title track of Rateliff’s album, which he wrote; “My Love Will Not Change,” by Aubrie Sellers with Steve Earle, written by Billy Burnette and Shawn Camp; and “Thoughts and Prayers,” by the Drive-By Truckers, written by Patterson Hood.

Like many award-presenting performing arts organizations, the AMA has received criticism in the past for its tendency to give most of its awards to white males. In 2018, after winning Album, Duo/Group and Song of the Year, Jason Isbell, the awards’ the second most-recognized artist for work as a soloist, with his band, the 400 Unit, and his stint with the Drive-By Truckers, tweeted that he wished “the list of winners was at least as diverse as the list of nominees.”

Though several 2018 nominees were female, only one won an award that year when Molly Tuttle became the second female Instrumentalist of the Year winner, two years after Sara Watkins became the first. That was also the only 2018 category containing a nominee of color, drummer Jerry Pentecost. The organization made a concerted effort to address the situation in 2019, though the War and Treaty was the only minority nominee to bring home a win. That year, Album and Song of the Year wins went to Prine. 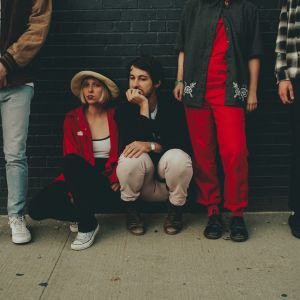 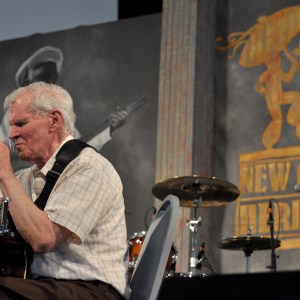