I Prevail vocalist Brian Burkheiser remembers 2019 as a year marked with swarms of moshing and screaming crowds, passionately singing along in front of him. And at one particular show in Detroit, those same fans watched him jump off a monitor wedge and break his ankle while performing their hit song, “Breaking Down.” Though he finished the show, he limped across the stage, ignoring his pain that was cloaked by emergency medication. But that was just one of the several remarkable memories that Burkheiser has from the handful of shows that make up the 17-song tracklist on Post-Traumatic.

Post Traumatic, a new live compilation from I Prevail, digs into the band’s 2019 release, Trauma.  With the success of the record among fans and the band’s desire to do something different than a livestream, a trend that has seemed to amass overnight, they chose to explore their most honestly written record to date. Trauma is comprised of songs that exploit the band’s struggles with the business side of the industry, their own limitations and personal battles as a new band and how they have maintained control over their music and vision.

“Trauma was so successful, and for all of us it represented our path as a band and really summed up our story,” Burkheiser told American Songwriter. “We dug into a lot of things, mental health, our path in the music industry and experiencing how crazy it is going from a bunch of kids putting out an EP to being on a big label, experiencing the trials of everyone telling you how to do things. Trauma was the first record that Steve (Menoian) Eric (Vanlerberghe) and I, with our producer Tyler (Smyth) dug into and made our baby. So, it was a no brainer to dig into and with COVID, when we wanted to give our fans more content.”

Post Traumatic, available October 30, features live cuts from the Trauma tour of shows spanning every corner of the world, from Melbourne, to Vienna to North Carolina. And being able to share stories and songs about depression, losing friends to suicide and the battle for artistic integrity is one aspect Burkheiser looks forward to with every show. But living these songs was not so easy or enjoyable.

“Songs like ‘Breaking Down’ went on to be so successful because they show our fans we’re vulnerable and honest, not to say that our previous stuff doesn’t do that but Trauma really took a look at what Eric and I dealt with, whether it’s my depression or Eric losing his friend to suicide.”

The individual losses and struggles experienced while writing Trauma were preceded by existing battles for creative control that had spiked during the making of I Prevail’s Lifelines record. And it wasn’t really until Trauma that the band found a resolution and could tell the story.

I Prevail Gear
Buy from Amazon

“With Lifelines, we had a lot to say but we also had a lot of people trying to take us certain ways, and it felt like this thing we created as babies wasn’t really ours anymore, which led to the songs that went on Trauma, and digging into those issues,” Burkheiser said.

Songs from Trauma, like “Deadweight,” touch on the hard decisions I Prevail had to make as artists when it came to working with certain people. “At that time, we really felt like people had it out for us and some people weren’t in our corner and that’s where songs like ‘Deadweight’ came from, when we had to cut certain people out,” Burkhesier said. And as a mark of victory for the band, it remains Burkheiser’s favorite heavy track. He also enjoys the toned down, slower paced song, “I Don’t Belong Here,” which is featured on Post Traumatic as a recorded rehearsal session.

Harsh realities and decisions came rapidly for I Prevail. To the growing band, it felt like success came almost overnight. Just over five years ago, Burkheiser was working at a local pizza place as a delivery driver and his co-frontman Vanlerberghe was working at IHOP. And shortly after, they were playing the second stages at festivals like Warped Tour and supporting acts like Beartooth and A Day To Remember.

“We were average Joes trying to pay rent,” Burkheiser said. “And now we have family and friends wanting attention but also every single fan. And it’s draining, even with my voice- I sang before I Prevail but not like this, with all the shows. I wanted to give amazing shows every night, and I didn’t want to let people down, and a lot of mental strain came from that. Then I had to get a vocal surgery and leave a tour, and it started to feel like I was losing grip of our band. Trauma was important because we got to take all of those feelings and turn them into songs that meant something to us.”

The tracklist of meaningful songs includes other I Prevail hits like “Bow Down,” taken from a show in Grand Rapids, “DOA” featuring Joyner Lucas in London and “Hurricane,” from Vienna, which was also revamped as an acoustic track for the compilation. But the Fayetteville, North Carolina show from the Beartooth, A Day To Remember tour last year, remains memorable to Burkheiser. It became custom for the three bands to prank one another, and they saved the biggest pranks for the last show. I Prevail was exceptionally prepared, dressed in corresponding bear and tooth costumes. And they anticipated the same from their friends in Beartooth, instead singer Caleb Shomo made a gesture Burkheiser will never forget. Unbeknownst to I Prevail, Shomo joined them on stage to sing “Deadweight.” The memory is forever alive now as an integral piece on Post Traumatic.

“It was awesome because we didn’t know Caleb was going to come out, and it was cool to have him on the track because we definitely look up to him,” Burkheiser said.

I Prevail wrapped up 2019 with a bang and entered the gloom of 2020 with memories of shouting fans, fascinating live shows and tour bus moments to accompany them as they trek into writing for their next release.

“A new LP is in the works,” Burkheiser said. “In the beginning of the year, we were kind of expecting the world to get back to normal, so we didn’t get too in depth in writing because we were expecting to go back on the road. But as things got crazier, we knew we basically had the rest of the year to write. I feel like we’re ready to dive in. And I don’t want to say a date, but I absolutely know we’ll have new music next year. We’ve had a lot of success writing so far and we already have a concept, lyrically and we know where we want to go, so I feel confident going forward. We want to continue to push our boundaries and be a band that continues to bring rock forward.”

See what’s to come from the compilation here with the live performance of “Deadweight” featuring Caleb Shomo and be sure to grab your own copy of Post Traumatic here. 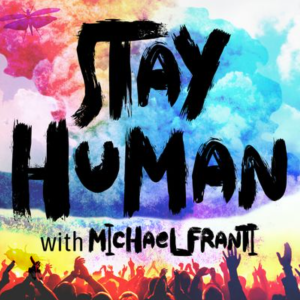 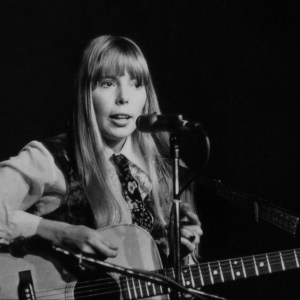