Many artists expect some sort of insulation when being signed to a major label, but that is not always the case, and actually had the opposite effect for Nashville rockers Icon For Hire, who filed bankruptcy just before leaving their label a couple years ago.

Icon For Hire formed in 2007 with vocalist Ariel Bloomer and guitarist Shawn Jump. In addition to their genre-blurring rap-rock fusion, they have managed to groom a loyal fanbase of hundreds of thousands as an indie band.  Voluntarily dropping their previous label to go indie, they have adopted a crowd-source model for making records, reaching out to their fans for help.

The idea of support through outreach was a conversation Bloomer also sought to explore as mental health advocate. Icon for Hire’s previous album, You Can’t Kill Us was the most successful Kickstarter campaign of that year raising over 127k. So, when it was time for new material they knew where to look for support as an indie band who had just filed bankruptcy.  Amorphous is the band’s latest offering, due out February 19, and their second album to be produced with Kickstarter funds.

“We were with a label for our first two albums,” Bloomer told American Songwriter. “We were able to leave that label because we filed for bankruptcy, which was a whole crazy thing in itself. But we were so happy to be free and independent. And we turned to our fans and asked for help. They just were so wonderful.

“Some people think there’s a stigma with asking for help,” Bloomer adds. “They don’t want to share their vulnerabilities with their audience. But for us, it was really personally fulfilling to be so honest, to just be like, ‘here’s what we need. Are you in? Can you help us?’ We weren’t sure if we were going to do it again for this fourth album, but a lot of our audience actually asked for it. A lot of people were messaging us when we were touring, saying, ‘Hey, we want to do another Kickstarter.’ And this last Kickstarter even blew the last one out of the water. It was definitely the wise choice.”

The track list from Amorphous bleeds with the same sentiment of mental health awareness, self-care and coping that Bloomer actually authored a book on last year, titled Turn Your Pain Into Art. With songs like “Last One Standing”, “Curse or Cure,” “Waste My Hate” and Bloomer’s proudest creation “Warrior,” Icon For Hire follow their track record of writing songs that reach out to people going their own path while emphasizing self-care. Going completely indie is part of that path for Bloomer and a staple to her own self-care plan, because it allows her to be involved in the process at every level—a kind of grounding if you will.

“That’s part of our personal care plan, feeling connected,” she said. “I like being involved in some of the nitty gritty sometimes. I wish I could spend more time just being an artist and writing creative stuff. But I have that business mind as well. So, it’s fun for me to have my hands in on everything. And the advantage of it is that there’s no middleman to get between us and our audience. And so it’s been really healthy for us to be connected to our tribe the entire time.”

The lead single, “Last One Standing,” is one more link between Icon For Hire and their fans as a persevering rally cry for all mental health sufferers, freaks, and odd kids out in the world. But it also gave Icon For Hire a chance to shove it to the ‘big’ music industry who installed a lot of doubt into them when starting out with tense lyrics like, They always come for the wild ones/ they always come for the freaks/ they wanna change me and ‘walk through the fire/ it takes me higher/ ain’t seen the last of me cause I will be the last one standing.

“That song has a couple meanings, one on the more personal side, and then the other is kind of a middle finger to the industry,” Bloomer said. “They never thought we’d be around this long. We’ve had a lot of people doubt us. And the fact that we’ve been able to stay in the game is something that we’re really proud of.”

Underneath the gratitude for making music for the last 13 years, Bloomer admits music for her is more about sorting out her own thoughts. Helping others along the way is a byproduct of that personal experience.

“It’s just out of necessity to me,” Bloomer said about writing music. “My own mental instabilities have been so desperate and such a big part of my life. I feel like I’m always trying to take care of my own brain and get it to just shut up and quiet down. Music has been that coping mechanism for me as it is for so many artists. And I can’t think of anything else to talk about, honestly. There’s nothing else that I care about more than trying to process my own thoughts in a way that is hopefully helpful to the people who listen to it.”

In a world full of inauthenticity, it was important for Bloomer, as part of Icon For Hire, to be real to herself and to her listeners. It worked in ways she never imagined in terms of accruing a fanbase.  And it certainly ties into her emphasis on independence and breaking stigmas. And it’s the only way she knows how to be a healthy person at the same time.

“Being yourself is very cheap,” she laughed. “It’s free, you don’t have to try. Generally, you might not attract everyone, but even if only one percent of the world gets what you’re doing—that’s a pretty great freaking following. And it’s a really healthy way to be a human being and artist.”

Amorphous is out February 19 and you can pre-order it here and watch the latest video for “Waste My Hate” from the album below.

Check out Bloomer’s book Turn You Pain Into Art here. 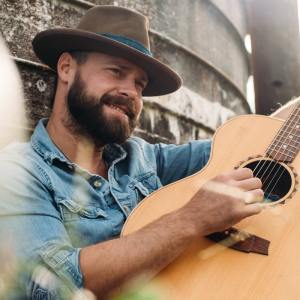 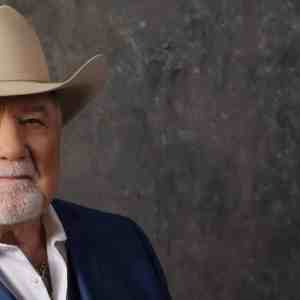