Johnny Lee had been singing in clubs—primarily Gilley’s in Pasadena, Texas—for over a decade before he hit the big time with his song “Lookin’ For Love,” recorded for the soundtrack of the Urban Cowboy movie that sent country music sales through the roof. The song was also significant for the encouragement it gave to novice songwriters, in that it was written by two Gulfport, Mississippi schoolteachers, Wanda Mallette and Patti Ryan, along with Nashville writer Bob Morrison, who today is in the Nashville Songwriters Hall of Fame.

The album features the Lee original “Did You Enjoy Hurting Me,” which features a Willie Nelson guitar solo. “I actually wrote that song for [Willie] in the ’70s or ’80s or whatever it was,” Lee said, “a long time ago. But I didn’t know how to get it to him then. So when I decided I was gonna record it, I asked Willie if he’d play on it and he said ‘Sure.’ So I sent it over to the studio and he played on it and sent it back.”

The album also contains songs by the late Jan Crutchfield (Conway Twitty, Tanya Tucker) and Kelly Lang, who’s in the news lately for her tear-jerking caregiver song “I’m Not Going Anywhere,” featured in an Ascension Hospitals commercial airing in the Nashville market. There are co-writes with Tony Ramey (John Michael Montgomery, Ray Price) and the late Alex Harvey (Kenny Rogers, Jimmy Buffett), with five songs written by Lee himself, a practice he hasn’t been noted for. Lee’s biggest hits over the years, like “Pickin’ Up Strangers” and “Cherokee Fiddle,” were mostly written by other writers, but he’s quick to point out that he’s a songwriter as well as an artist, though sometimes it’s pretty demanding to be both.

“I was always too busy to write,” he said. “Every time I’d do an album we’d get songs pitched to us. I was working all the time, I’d come in off the road and I’d play Gilley’s. Then I’d go on the road and come back and play Gilley’s. There wasn’t any time to write. But I wrote these songs [on Everything’s Gonna Be Alright] a long time ago. So I finally decided to record them.”

The album also contains a duet of the Leon Russell classic “A Song for You.” “I did ‘A Song for You’ with Toni Jolene, she’s a singer at Gilley’s,” Lee said. “It’s a one-take song, we did it in one take. After we did it I put a cello on there.”

Lee’s singer/songwriter daughter Cherish Lee appears on the album, singing a song she wrote with Nashville writer Bill DiLuigi, the 2011 grand prize winner of American Songwriter’s lyric contest. “She did it with some other band prior to this,” Lee said, “but I wanted her to go in the studio with Buddy Hyatt and do it right. So I paid for the session and had her do it, and the rest is history. I decided to put it on my album to help her get some exposure. She’s very talented.”

Lee has been dealing with the effects of Parkinson’s disease, which has limited his performing ability somewhat but certainly hasn’t deterred him from taking the stage. “I ride a scooter now and then,” he said, “and I do my shows sitting down on a stool. It bothers me a little that I’m sitting on a stool because I’m used to working the crowd. But I’m good, I’m okay. I’m doing the rodeo in San Antonio February 20. All the dates have been moved but we’ll pick everything up after February.”

Many artists have regrets about their recordings as soon as they’re mastered and released into the world. But not Lee. When asked how he thinks the new album ranks with his work of the past, Lee said, “It’s right up there. Each time I do an album I try to do it better than the last one I did. But I don’t regret anything I’ve done. I’m really proud of ‘em all.” 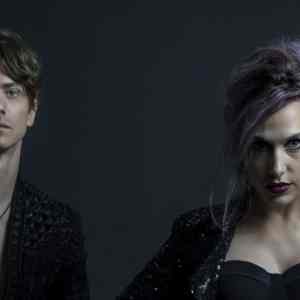 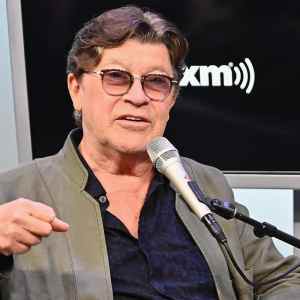