Somewhere beneath the melodramatic mainstream pomposity of CHVRCHES, Pale Waves and Lana Del Rey exists a similar but far more genuine pool of artists who mine a deeper well. While both pools paint with a similar charcoal grey palette, the difference lies between pretention and authenticity… like those who only know Sylvia Plath for how she died vs. those who actually know her poetry. If you asked vocalist/songwriter Claire de Lune of LA’s dreampop sculptors tiny deaths about Plath, she’d probably recite you a verse by heart.

Ethereal and wispy without being too breathy and impenetrable, tiny deaths doesn’t try to be pretentiously snobby like CHVRCHES or balls-out Hot Topic sponges like Pale Waves. Instead, they inhabit their blissed-out corduroy soundscapes like a sweater while writing lyrics practically torn from diary entries, exposing raw emotions like they were under lock and key.

“I do think there’s more internal exploration than my previous projects have had,” says de Lune (she’s named after the third segment in ‘Suite Bergamasque’ by French composer Claude Debussy! You can’t get more authentic then that!). Deeply personal and emotionally exploratory, her lyrics expose deep-rooted pain, much like a tortured poet or a love-worn teenager.

“I’m often using songs to explore the outside world or my relationships with other people and on several songs on this record like on ‘If I’m Dreaming’ and ‘Extra Life.’ I’m really looking inward and trying to get to know myself and tackling mental health stuff which I haven’t really explored in song before.”

While most dreampop and shoegazer bands tend to hide their true feelings behind a wall of fuzz, distortion and feedback, tiny deaths embraces woolly atmospherics and fluffs up the texture. Exposing the slow realization that she’s caught in a dead end relationship, the opening track “Stay” from the new EP if i’m dreaming wallows in the awareness of her downward spiral.  “Maybe I should just walk away… Do us both a favor,” she sings in that knowing “please stop me as I’m walking away… oh god, tell me to stop” passive/aggressiveness at the end of a relationship. Its slowburn R&B groove does nothing to stop the flow of blood from heartache.

The ambient Tangerine Dream-esque trance of “The Jump” with its sampled handclaps and circular keyboard loops is a spacey companion to de Lune’s lyrics of paranoia and trust issues that comes with fame (“I know it’s fucked / It’s just that I don’t know who to trust”). Through a hushness that recalls Dot Allison’s whisper-singing, a central theme begins to emerge, forming rivulets throughout the EP: Who the hell do you trust when everyone is an asshole?

“If there’s any overarching theme to the EP, I think it’s sort of getting to that point in life where I’m at, which is my early 30s, where you’re ready to let go of all the toxic energy that’s holding you back from being at peace,” she reveals. “Whether that’s unfulfilling relationships where you aren’t being treated the way you deserve, mental health struggles, or whatever…  I think in your 20s, you’re sort of still figuring out what your demons are and how to confront them. In your 30s, it’s more of the exercise of being able to let those things go, to let go of what no longer serves you.”

At the end of the EP, it seems as if that diary de Lune is singing from has exhausted its usefulness.  In the lyrics of the closing song “What Kind of Love?”, she muses, “And there’s no way around it / I’m so lonely /Looking out from inside my body / I’ve been asking the same questions for lifetimes on lifetimes.”  Seemingly at the end of her rope, it begs to wonder what direction she would choose if she were Plath – the oven or the pen?  I imagine she’d open to the last page of the diary and quote The Bell Jar: “The floor seemed wonderfully solid. It was comforting to know I had fallen and could fall no farther.”

Kindle or Paperback
Buy from Amazon 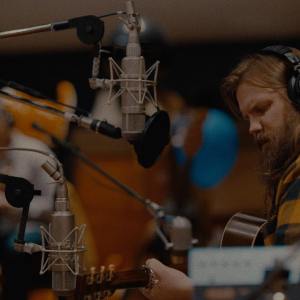 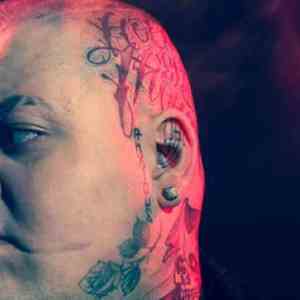