Shortly after Sheryl Crow released her 1993 debut, Tuesday Night Music Club, she was off on tour, picked up three Grammy Awards, then went back out on the road again for another two years. Once the dust settled, the pressure was on to produce a second album. “There was quite a lot of pressure to make a follow up to that record and also a lot of speculation about the way that first album was made,” says Crow.  She named the album after her Tuesday night meetups where she worked with a collective group of musicians on the songs, many of whom were left disgruntled by the fact that it was released as a solo record, not a “band” record.

Seeking some respite in New Orleans, Crow dropped the whole “band” element for the next album. She then called on her friend, songwriter, guitarist, and producer Jeff Trott to join her at Kingsway Studio to record a song he had played for her once before. Trott first played “If It Makes You Happy” for Crow at a cabin near Yosemite National Park owned by his Wire Train bandmate, drummer Brian MacLeod.

“He had this chorus, If it makes you happy, why the hell are you so sad,” shares Crow, “and for me, it was extremely apropos. For him, it was about a relationship he had been in, so it was more personal. But that’s the beauty of songs. You can make them into whatever is pertinent to your experience.”

Trott had just broken up with his girlfriend Quinn (who would later become his wife), drowned himself in a one-dollar bottle of Sherry, and recorded pieces of music (and lovelorn rants) into his cassette recorder while playing his Baldwin Acrosonic piano. Hours later, Trott awakened to the rattle of the Los Angeles earthquake of 1994, which left him nearly trapped alive. Days later, when he was allowed to return to his apartment, he grabbed his precious cassette tapes, including one with “If It Makes You Happy.” Part of Trott’s initial grieving process, “If It Makes You Happy” would remain a work in progress over the next two years.

Writing, I belong, a long way from here / Put on a poncho, played for mosquitoes / and drank til I was thirsty again / We went searching, through thrift-store jungles / Found Geronimo’s rifle / Marilyn’s shampoo / and Benny Goodman’s corset and pen, Trott references the poncho he wore when Wire Train toured with Bob Dylan in 1990 and his former girlfriend’s favorite haunts: thrift shops.

For Crow, the song made her reflect on why the hell she was so sad when her debut single sold millions. She then wrote the second half of the second verse, I come ’round, around the hard way / Bring your comics in bed / Scrape the mold off the bread / and serve you French toast again / OK, I still get stoned / I’m not the kind of girl you’d take home, before working on the third with Trott.

Initially, “If It Makes You Happy” was supposed to be a country song—and then it wasn’t. Both huge fans of the Let It Bleed and Beggars Banquet era of The Rolling Stones, they wanted to evoke more rock in the country song. “Even though it’s a country song,” says Crow, “it’s a rock song à la The Rolling Stones.” Throughout the years, Crow also alluded to Tom Petty’s influence on the song.

In the studio, Crow overdubbed Wurlitzer electric piano, while Trott weaved in a mandolin and baritone guitar, along with his 1963 Telecaster and a 1973 Gibson Les Paul, plugged into Fender Concert amp and Vox AC30, respectively.

Along with Trott—who later grew his catalog with Crow, co-writing “Everyday is a Winding Road,” “My Favorite Mistake,” “Soak Up The Sun,” and “Good Is Good”—Crow finished the track, which would become the lead single off her 1996 self-titled album, soaring into the Top 10 and earning Crow a Best Female Rock Vocal Grammy in 1997. Even depicting the polar sides of music and the business, Australian Keir McFarlane, who coincidentally directed Petty’s “Mary Jane’s Last Dance,” captured Crow stuck in a museum exhibit, a metaphor for how she felt trapped to produce new music.

Throughout the years, Crow breathed some new life into the hit, in the form of a more foodie reincarnation with the If It Makes You Healthy cookbook in 2011. Now, 25 years later, the song was a turning point for Crow, to stop complaining, stop being so sad, and never take anything in life for granted.

“I think there was a time when I was younger, that I was convinced that I had to be suffering,” shares Crow. “It just goes to show you can always be inspired. If you just are consciously open to your surroundings and present and noticing, and just taking notice of all the things that matter.”

Listen to “If It Makes You Happy” performed by Sheryl Crow below. 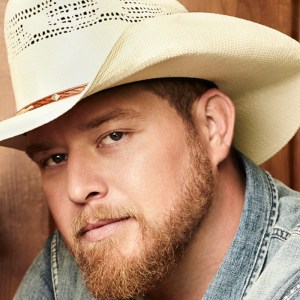 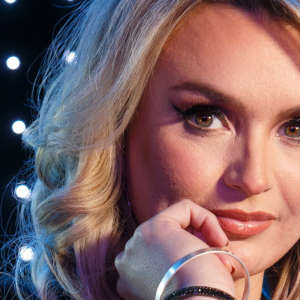