When Bernice and Bryan Hembree learned that several of their musician friends were passing through Fayetteville, Arkansas, on the same weekend, the couple wanted to gather them all together for a house concert. But there were too many players to fit. So the Hembrees, who perform together as Smokey & the Mirror, decided it might be fun to stage a one-day music extravaganza.

Their pal Jeremy Gawthrop, whose former farm-to-table restaurant was an “early seed” in northwest Arkansas’ rapidly sprouting foodie scene, offered his space — and created a special menu. The Hembrees wound up splitting the door among 12 acts — and birthed the now 10-year-old Fayetteville Roots Festival.

Within a few years, it grew into a major attraction. This year’s lineup included Mavis Staples, Rhiannon Giddens, the Milk Carton Kids, John Fullbright, Hiss Golden Messenger, Yola, Darrell Scott and Rising Appalachia, among others, along with top national chefs, all mingling with regional and local talents for five August days. The intimate performances, tastings, screenings, workshops and related events were held at the 1,300-capacity Fayetteville Town Center, the Fayetteville Public Library, clubs, recording studios and other spots — some of which have come into existence solely because of the creative-friendly environment the festival helped cultivate.

In just the last few years, Fayetteville and Bentonville — one half-hour apart on a corridor that also includes Rogers and Springdale — have gained new recording studios, a branch of the Austin-born international songwriting collaborative House of Songs and Roots HQ, the nonprofit festival’s offices and permanent venue.

Located on the Fayetteville town square in an 1880s building that once housed a beloved music store, Roots HQ’s 80-seat listening room converts into space for dance workshops and other activities that further nourish Northwest Arkansas’ growing creative community. The Hembrees book local and touring artists there, along with events by entities such as the Trillium Salon Series, which aims to make classical and experimental music more accessible. They were able to acquire the space with financial support from appreciative festival fans.

At the other end of the spectrum, the Momentary, a configurable space for contemporary art, performance and culinary events, will open in February 2020 in Bentonville. Its parent, the Crystal Bridges Museum, opened in 2011, followed by a 21c Museum Hotel in 2013, and an expanded, rebranded culinary school, Brightwater: A Center for the Study of Food, in 2015.

Meade, who closed his Kansas City operation to build this one, says, “What we’re trying to do is create, from Fayetteville to Bentonville, this whole music megalopolis, where you don’t have to leave anymore.”

Added Bell, “I want to work with them to help build a music industry. Not just a business, but an industry — multiple businesses.”

That escalation has been spurred in part by the Walton Family Foundation, which has made a commitment to enhancing the area’s artistic and cultural environment. But institutional support usually follows organically grown, grassroots efforts such as the roots festival, and developments like Neil Greenhaw’s Haxton Road Studios, which morphed from a home studio to a dirt-road location to its latest incarnation in a Bentonville building he constructed without investor funding.

The Hembrees say the scene was already bubbling, and they just happened to be in the right place at the right time. But Bernice adds, “I think [the festival] opened the eyes of other people to see that, ‘Oh wow, there are some things that we can do in our community,’ or ‘There’s something that we can do to invite some of our friends that have likeminded ideas, and what can we do to collaborate?’”

Trillium founder and podcaster Katy Henriksen, a Fayetteville native, says the festival has played a major role in the region’s dramatically changing creative landscape. When she was growing up, most of the arts and humanities activity emanated from the University of Arkansas.

“I was in New York in my late 20s, so I actually came back here thinking I was going to catch my breath and then probably go off to another big city because I’m an arts journalist,” Henriksen explains. “I wanted to be somewhere where the arts were thriving, and I felt like the only place to do that would be to go to a big city. I don’t feel that way anymore. I feel like I can stay here and actually be on the ground level of building that arts community that I want to create.”

Tulsa, Oklahoma, artist and musician Kalyn Fay is among a wave of non-natives choosing to move the area. She decided to work on her second MFA at the university after meeting the Hembrees and attending the festival. They quickly put her to work creating a mural and artist portraits.

“Part of being in a community is, one person’s success is the entire community’s success. And I think people forget that, but I don’t think they forget that here.” 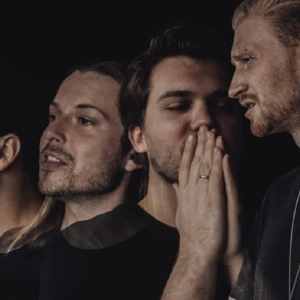 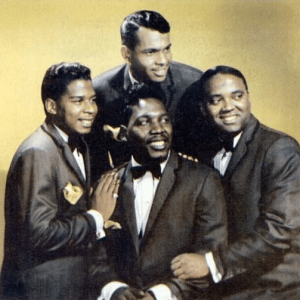