Crisp French cuffs peek out from Al Bell’s suit-jacket sleeves as he rests his long hands on his knees, balancing his nearly 6-foot-5 body on a way-too-tiny office chair. But his stiff posture and boardroom attire belie what is likely a relaxed moment of memory-filled reverie as he listens, eyes closed, to the sounds filling the live room at Cosmic Cowboy Studio in Fayetteville, Arkansas. Recorded 50 years previously, these symphonic strings, guitar arpeggios and smooth baritone vocals were part of Bell’s Hail Mary attempt to save a talent- and catalog-ravaged record label from bankruptcy.

Today, we know Hot Buttered Soul, Isaac Hayes’ magnum opus, was also the sound of the status quo shattering. Not only would it help ex-disc jockey Bell spin Memphis-based Stax Records into one of the nation’s largest black-owned companies, it also helped turn soul music from a niche genre into the voice of black empowerment.

Robert Gordon, author of Respect Yourself: Stax Records and the Soul Explosion, calls it “the soundtrack for liberation.” That soundtrack’s engineer, Arkansas native Alvertis Isbell, changed the course of popular music, and altered the racial dynamic of a country that wasn’t rushing to enforce 1964’s Civil Rights Act.

When Bell joined sibling owners Estelle Axton and Jim Stewart in 1965, they’d already had success with Sam & Dave, Otis Redding, Rufus & Carla Thomas and Booker T. & the M.G.’s. But they needed promotion to boost sales, and Bell had connections. He quickly put “the Memphis Sound” on many DJs’ playlists, while becoming quite the songwriter, producer and talent scout, even luring the Staple Singers and writing their hit, “I’ll Take You There.”

“I’m the type of person who can’t sing — couldn’t carry a tune in a vacuum-packed can — can’t play, my sense of timing is horrible,” Bell jokes in a phone conversation. “But I can hear and I can feel when it’s rare and unique, and original, the authenticity of an artist singing a song.”

“The industry had declared we were dead,” Bell said in Fayetteville. “But I didn’t believe that.” He ignited that soul explosion by releasing 27 albums and 30 singles simultaneously, quickly creating a new catalog produced, marketed and distributed by Stax.

Encountering discrimination, Bell admits, always motivated him to work harder. “I’m thankful for it because I learned from all of that,” he says, slipping into the oratorical cadence he may have picked up while minoring in theology, or working with Dr. Martin Luther King Jr.

“When they told me it couldn’t be done, I had to go and figure out a way to get it done,” he pronounces. Bell certainly got it done with Hot Buttered Soul, which a reluctant Hayes recorded only after being promised full autonomy. It propelled both Stax’s sales and Hayes’ career skyward, and Hayes’ 8½-minute, one-take spoken-word intro to his cover of Jimmy Webb’s “By the Time I Get to Phoenix” laid the groundwork for rap.

In 1972, Bell became Stax’s sole owner. But in 1975, the company was forced into bankruptcy, and he was charged with bank fraud. He was acquitted, but lost everything and left the business for years, until Berry Gordy hired him to run Motown. Bell then started his own Bellmark Records, which released two phenomenally successful singles: Tag Team’s “Whoomp! (There it Is),” and Prince’s “The Most Beautiful Girl in the World.”

But when asked if any single achievement felt most meaningful, he answers, “Well, first, survival.”

He’s not kidding. “As an African American black man living in the United States of America, to be able to come through all of the grief that I encountered and suffered, it was good for me …  Had it not been for the grief, I wouldn’t have appreciated the love.”

Bell so appreciated the love and respect he encountered on a trip to northwest Arkansas, he decided to move to Bentonville, returning to his home state to plant his legacy. At 79, he’s in negotiations for a biopic that he promises will reveal details of “the troubles” even Gordon and other Stax biographers never knew.

“I want people to see you can be harmed, but don’t let that hold you back. Just keep on going,” Bell says.

The 2011 Grammy Trustee Award winner also became a University of Arkansas visiting professor for 2018-19, and hopes to help nurture a breakout talent that will lift the area’s profile and bolster its growing musical ecosystem. And he’s planning “the most comprehensive, God-inspired, recorded music, video, cinema, theatrical communications and entertainment complex the world has ever experienced.”  It’ll be a place where he can preach the gospel that “music is art. And it has healing power.”

Then he adds,  “Let’s go figure out the new way for the new day. That’s what my focus is on now.” 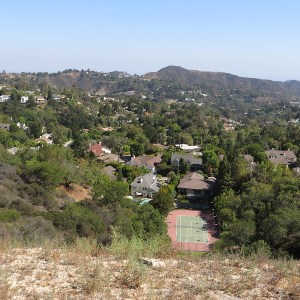 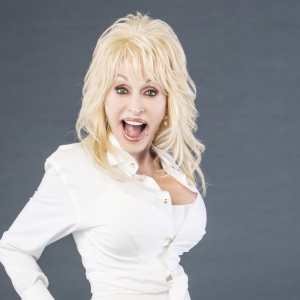