A funny thing happened back in the Brill Building days of music publishing. Before the National Music Publishers Association, better known as the NMPA, was formed in 1917, there was a music publisher’s trade association in New York and a guy named Harry Fox worked there. For whatever reason, Fox was the guy who doled out mechanical licenses for the songwriters and publishers when someone wanted to reproduce a copyrighted work. In those days, the copyright was issued most usually for sheet music, rather than ringtones or downloads. The mechanical license, which gives someone the right to reproduce the recording, sheet music or lyrics to a copyright that someone else owns, thus became affectionately known as a “Harry Fox license.”

Gary Churgin, President and CEO of the Harry Fox Agency, says that, over 90 years later, a lot has changed since the days of the “Harry Fox license.” The Harry Fox Agency, or HFA, was created by and is wholly owned by the NMPA, the publisher’s trade organization, and issues many of the licenses publishers grant each year. (Record labels and individuals who want to reproduce a song can also go directly to the publisher or another provider, such as Rightsflow, for a mechanical license.) To make the process of obtaining a copyright license even easier, HFA has created a tool that anyone can use called Songfile®. In the interview below, we talk to Mr. Churgin about the changes publishers face, Songfile, and all those lyrics sites online. 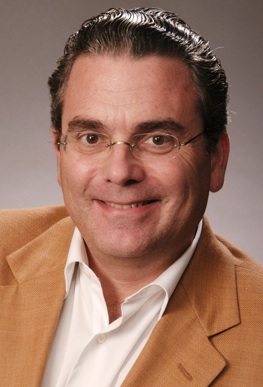 What, in your opinion, have been the biggest changes for music publishers over the last ten years? Five years? Last year?

Gary Churgin: Throughout history, technology has been extremely disruptive to the music industry. Many of these technological advancements were thought to be the demise of the industry, but turned out to be the prelude to the next evolution and drove increased success for the industry. In the last ten years, the most impactful changes for music publishers have undoubtedly been the advance of the Internet, iTunes and the widespread use of mobile devices.

And while technology has completely revolutionized the distribution and consumption of music creating endless opportunities for both consumers and a new breed of entrepreneurs, it has negatively impacted the revenue streams of publishers, who are dealing in a micro-penny business. Who would have thought we need to manage the processing of royalties that are less than a penny per use? Additionally, the Internet has enabled new piracy opportunities that were non-existent in the physical world. Publishers have had to adjust to a new business paradigm where CD sales are sliding and revenues from digital have not materialized as expected.

In more recent years, technology remains a factor in the evolution of the music business and continues to have an impact on the publisher community. The continuing shift or migration from one music consumption format to another, cloud-locker services, where consumers have access to music collections from anywhere, and Net Neutrality, which advocates that no restrictions be placed on Internet use by service providers, are just few of the items that will shape music publishing.

What have been the keys to your success in ushering in technological advancements as President and CEO of HFA?

It’s our people – their breadth of rights management expertise and their collaborative approach to technology that sets us apart from other companies in this space, and what has really advanced HFA. HFA’s executive team and I believe in an agile leadership model, which allows us to respond to changes in the marketplace quickly and effectively. Additionally, we strongly support the collaboration and teamwork of our incredibly talented employees – fostering ownership, conviction, and passion toward our business. The success of the company is a direct result of our ability to embrace change and welcome technology, which enables us to keep pace with the ever-changing music marketplace.

What things should music publishers be doing in the digital era to more aggressively pursue revenue?

Like HFA and the rest of the music industry, music publishers need to embrace change and welcome new opportunities. In a time where technology is changing at the speed of light and new revenue streams abound, their music catalogs need to be accessible for them to take advantage of these opportunities.

Publishers should take advantage of the many opportunities that HFA provides through various agreements we procure with DSPs, content aggregators, independent record labels, and other music-related organizations. In this ever-changing digital age, publishers need to give new innovations a fair chance to see what works and what doesn’t.

One of the great benefits of music publishers affiliating with HFA is that we can efficiently handle the administration of their catalogs, while allowing them to focus their energy on the core business of pursuing revenue, which is identifying and developing new talent. They can also leverage HFA’s expertise in all areas of rights administration and management to ensure that they are properly compensated for their work. Publishers should also affiliate with the PROs as being properly registered is key to faster payments.

What led HFA to create Songfile®?

HFA is committed to our publisher clients and created Songfile to assist them with smaller quantity licensing – making the process completely automated and seamless. Since the launch of the service, cover songs have remained a popular part of our culture, exponentially bringing Songfile into the mainstream. Today this trailblazing service has more than 75,000 registered users, who obtain licenses quickly, easily, and without any paperwork or hassle. Additionally, royalties for these catalogs are paid to publishers commission free. With Songfile, the entire process takes minutes. Users can pay by credit card and licenses are automatically emailed to users. If you’re undecided on what song to cover – Songfile allows users to search through millions of songs in our catalog. We are glad to offer such a popular service that is very user friendly for musicians. We invite readers to check it out at www.songfile.com.

What is your opinion on the abundance of lyric sites online?

Lyrics have become part of the fabric of our culture. More than ever, users are searching the Internet to find lyrics – pointing to the increase in consumer demand for a complete and integrated music experience. As such, there are a growing number of lyrics sites out there, many of which are not compensating songwriters fairly for the use of their works. HFA has partnered with a number of lyric sites to ensure proper licensing of publisher works resulting in additional revenue for songwriters. HFA is the nation’s leading music rights organization so we are very concerned about the unlawful distribution of lyrics and we work to promote and facilitate a means by which these sites can secure licenses ensuring the proper use of songwriter’s intellectual property.

With your background in banking, what similarities and differences do you see between the financial services sector and the music industry? What could they possibly learn from each other?

Although there are not a lot of similarities, both industries have had to face the growing pains of adapting to the digital age. Technology has also increased competition for both industries, to which the response has been to become more customer-focused. I think they can learn from each other to never take clients for granted and be thankful for the business they have. 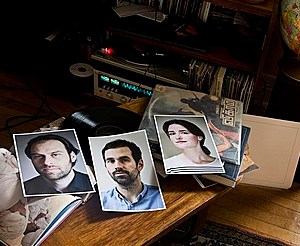