If there’s one thing you can say about multi-genre’d musician Diane Arkenstone, it’s that she really puts her heart into everything she does, including her new single “Ions.”  A veteran of two decades of Ambient, New Age, Folk, and World Music, the “heart” metaphor might seem a poor choice of imagery when confronted with the fact that she’s undergone 34 surgeries, including multiple open heart operations.

“I just got out of my fourth heart surgery and was in a lot of pain from having the heart muscle cut into and wanted to write something fun and to balance the energy I was experiencing,” she explains quite viscerally.

Instead of writing an aggro song about the excruciating agony from multiple incisions into her chest that you’d expect from someone writing from that vantage point, she took a different route that explored the other function of the heart: love… or more accurately, lust.

A sultry and slinky come hither, Arkenstone purrs and sighs to a slow, jazzy rhythm, writhing in coquettish charm. “’Ions’ is one of my most whimsical and lusty songs I’ve ever written,” she confesses demurely.  “However, it was actually born of great pain.”

Suffering from multiple ailments that stem from an atrioventricular block which is an impairment of the electrical functions between the atria and the ventricles, she’s undergone numerous operations on her heart, lungs and kidneys, including her recent open heart surgery to install her sixth pacemaker. While it’s hard not to pin this shift toward libidinous subject matter onto her many surgical procedures, it doesn’t seem to drift toward a David Cronenberg-ian fascination with incisions… at least, not overtly… though the song does take place in a laboratory.

“I got it bad for the man who’s in the lab / I don’t know what to say,” she croons, sparking images of test tubes and beakers crashing to the floor as she clears off an examination table. “’Ions’ was written recovering from six heart surgeries,” she explains soberly. “I was inspired by how the heart and its electrical system function, and the electrolytes that are needed to keep it beating. Having had so many surgeries on my heart, I just wanted to pivot into a sexy mode—one that connected with my heart yet related somehow to my more painful experience.”

Working with producing and arranging legend Derek Nakamoto who has worked with Michael Jackson, New Order and Whitney Houston among dozens of others, Arkenstone took a step outside of her recent repertoire of orchestral, Celtic and Native American-influenced compositions with this track. “I wrote ‘Ions’ on a Fender Strat after the surgery, and Derek Nakamoto, who is a joy to work with, helped bring it to life,” she says. “Holding the guitar, very gently, and expressing feelings through song, is very healing. It helped keep my mind off the pain. Basically, it was a really cathartic and therapeutic experience to become such a flirt!”

With a newfound interest in exploring the more playful side of her music, Arkenstone is hoping that the apparent success of her recent operations will encourage this new direction in music and, more importantly, in a life away from anesthesia. “I am thankful every day for every little thing, as are most of us now,” she says, looking back at not only her personal past but the socio-political climate of the world. Returning to her own sphere of being, she concludes, “The incredible thing I am especially thankful for is that my heart has healed after having six pacemakers most of my life. The doctors are shutting it off in a couple of weeks. To beat on its own is a huge accomplishment for me!”

2021 looks like a new world for Arkenstone. With a new EP planned, she’s looking forward to putting her heart into it, this time, figuratively. When asked what she’s hoping for in the future, she replies, “Love, respect and gratitude to continue and expand throughout the planet… into every heart.” 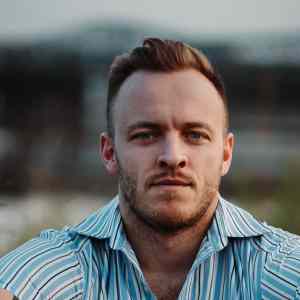 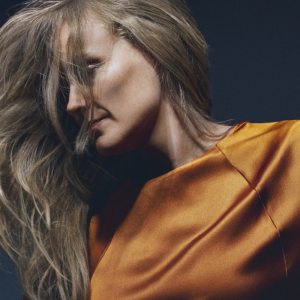