Country-newcomer Jordan Suter credits St. Louis for his rise. The city, home to acts ranging from Chuck Berry to Nelly, hosts an electric genre-blending music scene. From honky-tonks, to dueling rap stages, to divey blues bars, the Colorado-native believes St. Louis is “a well-kept secret that shouldn’t be well-kept.”

Suter grew up on the eastern plains of Colorado. As a child, he performed in talent shows and behind closed doors after sports practice and homework. After graduating from college with a Biology degree and moving to Missouri for a job as a forensic scientist, he felt music was a way to immerse himself in the community.

His aha moment came one night at the double-staged bar. “On one side was a hardcore show, and on the other side, a rap performance,” he recalls excitedly. “I went back and forth all night long, listening to metal and rap-all local. That’s when I realized, ‘I fucking love this city.’”

One night, a little over a year ago, Suter stepped out to an open mic night at St. Louis’s heralded Gaslight. Here, he found a home. Gavin McNutt, the event’s host, introduced Suter to Gaslight’s JB Anderson, who invited him in to work on his debut project.

With the help of the management at Gaslight and his bandmates Kyle Ray (drums), Rick Wagner (guitar), Danny Heflin (bass), and Aden Black (vocals), Jordan Suter became a buzz-word around town. The aspiring artist performed quiet songwriter rounds, rowdy festival stages, and hometown honky-tonks with captivating poise. While live music’s fate is still up in the air, Suter has not slowed his songwriting process.

Once he steadied himself on stage, Suter released his debut EP, Tumbleweed. The four-track collection, released just months before the unimaginable ensued, timestamps the young artist, navigating adulthood. The homesick title track longs for familiar terrain. “Long Black Veil” is his dynamic take on the often-covered classic. It’s emblematic of the boundless approach he takes with country music.

“Some would say it’s sacrilegious to turn it into an upbeat bar song,” he explains of the studio session. “We decided to crank it up a little bit.”

Coming into his own as a country artist, Suter points to parts of the city that directly reflect his sound.

“Living in St. Louis adds some grease, some grime, and some grit,” Suter explains. “Wintertime sucks, the sun rarely shines, it’s just a hardworking city. Everyone here grinds. So it’s country but not western, but dirty, emo, blue-collar country.”

“Because I’m a country artist, people ask if I grew up with horses and all that,” he laughs. “I didn’t. But we had motorcycles.”

His music is more engines and grease than cowboy hats and spurs. Singles he shared throughout the year like “Pablo” and “Your Town,” illustrate this soundscape—delivering the authenticity of his artistry.

As a songwriter, Suter pens whatever it is he wants to hear at that moment.

The 12-song all-acoustic collection is his means of delivering his music despite many canceled opportunities to connect with listeners live. After reevaluating plans with his team, a bare-bones, stripped-down live recording of the songs he already had in his arsenal seemed like his best shot at an authentic introduction.

“Sledgehammer,” released earlier this month, was inspired by “watching someone you love grow old and lose their vigor.” The gritty tune pays tribute to Suter’s grandfather. Described as a hulking, behemoth of a man, the song details a party trick his grandfather used to perform involving a sledgehammer.

Before he releases a “pretty-polished” full-band album, 30-10-20 embodies Suter’s artistry as it currently stands. This type of raw recording process calls for a singer-songwriter set.

“Some of these songs are straight-up bummers—a lot of emotions, feelings, retrospective things,” he explains. “I’d like to listen to this album if it were a cloudy weekend, and I had just finished my coffee and was thinking about going to the bars.” 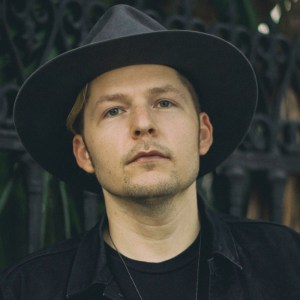 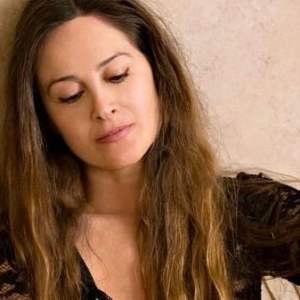