British-born and Maryland-raised rapper, IDK (aka Jason Aaron Mills), wants the world to understand that music is so much more than an amalgamation of rhythms, melodies and lyrics. For the Los Angeles-based emcee, who released his major label debut LP, Is He Real, a year ago, music is medicinal. It’s a balm, a salve, a prescription, even, that soothes the mind, body soul and heals in the same way therapy, a massage or Aspirin might.

“The thing I love about music is not really publicized,” IDK says. “A lot of people don’t really talk about it or don’t know. Music is almost just as important as a doctor. It can be looked at in the same way as going to see somebody like a therapist. A lot of people without music or the funds to have a therapist probably would be in a way worse place.”

For IDK, mental illness is an important topic of conversation. He’s a rigorous and deep thinker. Doing so allows for many avenues of introspection or curiosity that could lead any thoughtful person to bouts of anger or feelings of uncertainty. Couple that with the reality of racism, the poverty line and any number of social woes in the U.S., and it’s no wonder that mental health seems as precarious as ever. But that’s why IDK raps. He’s as motivated as any in the hip-hop game, working, he says, not just for himself but for the many now listening.

“My energy and drive comes from the fact that, at this point, I have so much influence,” IDK says. “In a way, I’m not living for myself anymore. I’m enjoying things in life but, really, I realize I have to say some stuff that can teach people things – especially younger people.”

Themes on IDK’s 2019 release include relationships, sex, business and religion. He questions (to put it mildly) the existence of God. There are skits where a preacher baptizes a man (is that preacher DMX?). There are references to past rap heroes like Kendrick Lamar, 50 Cent and others. There is also significant sheep and goat imagery, likely implying the motif of the Christian dichotomy between devils and angels, lust and love.

“There’s a deep meaning behind it,” IDK says. “But I kind of want to let people dive into that on their own. Some people have figured it out.”

The 28-year-old rapper, whose first musical memory is of dancing to a Michal Jackson song at around four-years-old at a family party, found music in a much more impactful way as an adult. And he’s been rightly clinging to it ever since. He’d thought about a traditional higher education but found it didn’t work for him. His day job later was so-so, but he didn’t feel passion. IDK, who had also spent a number of years in prison (that’s where his love of songs took hold), decided to throw himself into music after serving his debt to society.

“From there,” he says, “it became one of those things where I didn’t have any other choice but to go full throttle. I got into lyrics and everything through jail. I had nothing else to do, I had to find a way to have fun.”

With the release of 2019’s Is He Real on Warner Records, IDK has experienced his first major break. There was a bidding war for his album, he explains, but the label he landed on offered him the best path to success. IDK boasts several videos on YouTube that have amassed millions of views and he has garnered nearly half a million followers on Instagram. In addition, the artist has collaborated with big names like A$AP Ferg, Lil Yachty, Kanye West and Kevin Durant, for the basketball player’s online series. Not too shabby.

“A lot of that stuff helps me think about where I’ve come from,” IDK says. “How things are getting more accessible because of the work that’s being put in. That it’s being recognized.”

For as prolific as IDK can be, he also understands the value of listening. On a recent Twitter post, the rapper said he believes shutting up, or being quiet, is an art form. It’s one many might benefit from learning, too.

“It’s about a conversation,” he says. “Say what you want to say but then wait to hear whatever everybody else has to say. You have to go back and forth.”

On a recent performance on The Late Show With Stephen Colbert, IDK, which stands for “Ignorantly Delivering Knowledge,” offered a poignant, thought-provoking performance. Singing his track, “No Cable,” IDK, in his national television debut, references difficult, scary subject matter, explaining how dangerous it could be for someone like him to even stop for gas in certain parts of the country. While some may balk at going so deep in front of so many, IDK relishes these opportunities. So much so that he doesn’t even question his purpose while diving into them. He knows his mission that well.

“I say what I feel like saying,” IDK says. “I show people what I believe in. It’s really simple. The thing I love about music is its healing factor. I can’t wait for the world to understand that, too.” 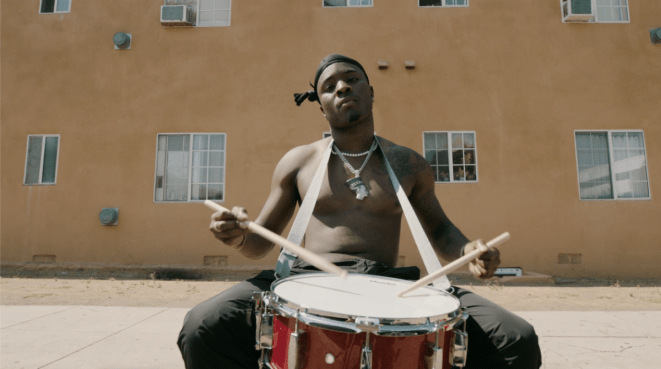 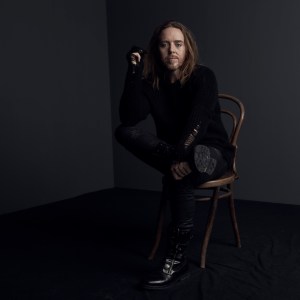 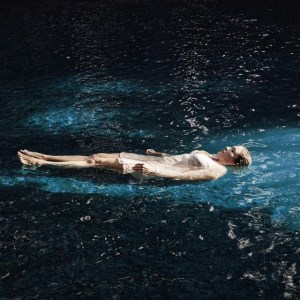