Sarah Buxton didn’t plan on releasing her new single, “Some Things Don’t Change,” during an election week, but now that it’s upon us, the song feels fitting.

While the ever-changing tides feel particularly turbulent, Buxton returns to her artistry after a decade to remind the world of certain steadiness. Today, she shares a new single, introducing the upcoming EP, Signs of Life. The collection is a return to the music she was always supposed to make. But this time, she infuses her experience as a wife, mother, and friend into her artistry.

After her record label closed in 2010, five years after they signed her, bitterness led to misdirection. The Kansas native began to think her barrier to success as a country star was indicative of a fated path.

These names are repeated in the credits of her upcoming EP. Along with her usual cohorts, producer Josh Moore enriched Buxton’s old demos with layered mixing instrumentation and background vocals, breathing new life into her catalog.

In Nashville, Buxton’s name is attached to hits like Keith Urban’s “Stupid Boy” and “Put You In A Song,” Jim Brickman’s “Never Alone,” Big & Rich’s “That’s Why I Pray,” Gary Allan’s “Pieces” and “For Her” by Chris Lane.

“When I started holding other people’s stories in my hands, I found myself turning off my stories a bit, which I don’t know if that was the right thing to do,” she admits. “Now, I think the best practice is to find something we both have in common. To get there, you have to get into their heart zone where we find trust.”

Buxton’s highly sought after “touch” brings her into the writing room and studio with prolific artists and carried her career up through this point. The singer-songwriter approaches her new solo project with the same empathy she wields to help others craft their intimate narratives.

“I always wanted to make a record that would live in somebody else’s world the way a Joni Mitchell record does in mine,” Buxton says. “I always felt like Joni Mitchell and Stevie Nicks were my older sisters, walking with me, lifting my chin up, and saying, ‘You got this.’ Instead of being the artist’s, the song becomes yours when you listen to it––your song about your life.”

It was the solar eclipse in 2017 that pivoted Buxton’s trajectory. When her plans shifted early in her career, Buxton was focused on wrapping things up as she grew into her newfound roles.

“Something broke open in me around that time,” Buxton recalls. “I feel like I’ve started aging backward since then.”

Signs of Life is the sonic unraveling of all of those things she had worked so hard to tie off as she “grew up.” Buxton explores death, love, marriage, and the ways we need each other, like a tender but fierce friend willing to share what she’s learned.

“Some Things Don’t Change” leads the charge in this direction.

“This is a time of great change, no matter who wins,” the songwriter explains. “During this uncertainty, I am drawn more to eternal things. I feel myself pulling back to nature or the calming feeling of looking in someone’s eyes that I’m connecting with, someone that I love. These are things that will never go away.”

Within this context, she thinks specifically of her children. She seeks the timeless thread in all the change by being their mother and a witness to their joy through challenging times.

Though pulled from different places in time, each of these songs overlay within the current context in a grounding way.

“The pandemic has been a magnifying glass on the concept of mortality,” she says. “It’s always been there, but we didn’t have to look at it so closely. With that, the lyrics mean so much more under the 2020 lens.”

“A Little Bit Better” deals with grief. Initially, the subject was Buxton’s friend, who needed support during a hard time. Given the current context, it becomes lyrically objective to a world where most are seeking a shoulder.

Inspired by a eulogy at another friend’s funeral, “By Myself” grapples with the solitude that bookends a life filled with human connection. When Buxton’s friend passed, her father spoke in admiration of his daughter’s independent fortitude she held at the end of her life. As his firstborn, she taught him how to be a father, and throughout her battle with cancer, she taught her father “how to die.”

“I live so much of my life dependent on other people,” she says. “I can’t do anything without calling everyone. In my last moments, after this life of dependency, I will go through that alone. It changed the way I lived my life.”

This reckoning contrasts with the lush love song, “Like I Need You,” and tribute to connectedness on the title track, “Signs of Life.” These hand-selected tracks piece together a cross-generational coming-of-age tale. Like a guidebook, the collection is a raw, non-linear representation of the unpredictable journey of life.

“This EP is an unraveling, but also a becoming,” she says. “I’m stepping into a new space as a woman, and these songs are about this process.”

Listen to “Some Things Don’t Change” ahead of Signs of Life below. Sarah Buxton’s bold re-entrance is slated for release on November 20. 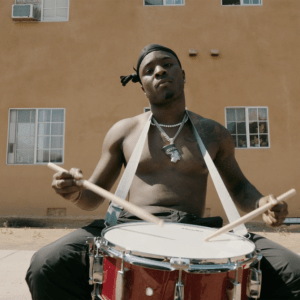 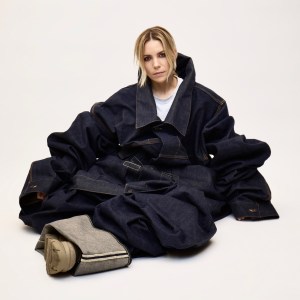