Hear one song about heartbreak and hear them all. Well, that’s true to an extent but also not nearly accurate, as lost love is the one subject of conversation and the human condition which never seems to leave songwriter consciousness. Breakups, divorces, missed connections, ghosting – it’s all laid out and recollected in song a myriad of times over and yet, because love itself is experienced differently for everyone, there never seems to be an end point at which musicians can say, “That’s everything there is to know, say, and feel about lost love.”

What then, can folks expect when comedically-charged singer-songwriter, Sarah Dooley, comes right out with a question about lost love as the titular introduction of her latest album?

“I guess I would pitch it as, ‘I have a new album out! That’s all about getting my heart broken – again and again. But, it’s funny! It’s not super sad! Like, it’s heartbreak but, [I] make it fun!” Dooley says.

Released today and made possible thanks to the support of Dooley’s fans backing an independent crowdfunding campaign, Is This Heartbreak? is a 10 track collection of songs that the Brooklynite musician felt compelled to make into a full length record. Though the album follows Dooley’s debut, Stupid Things, by a completely reasonable timeframe of about six years, the project was hardly an endeavor of deliberately planned pieces and instead, is more so like a free-flowing diary.

“I use songwriting as more of a form of journaling,” Dooley says. “It really is less that I’m sitting down and saying, ‘I need a fun, synthy bop for this next album!’ and it’s more like, ‘Well this thing happened to me. Is there something there that I want to explore or, like I’m having all these feelings?’

The record outlines reflections and introspections on individual experiences in a fashion closer to real time than not. What’s a joy for listeners as a result of this, is that Dooley comes across much closer to her audience than perhaps an artist who is writing from a place of much longer chronological detachment or even from a mostly fictional place all together.

“For instance with the song, ‘Only Child,’” she explains, “I had just had my heart broken by an only child, and there was like a specific conversation that we’d had that really stuck with me, and that was a jumping off point. But sometimes, it’s really from a place of just pure provocation and then I think the realest feelings and emotions come out of that because I have no premeditated direction that I want to go.”

Even after songs are technically done being made, Dooley’s own perspective is left to coalesce and gain more clarity with hindsight, not all that differently from how listeners’ thoughts and feelings might change after various play throughs of a song or record.

“Really what I do is just sit down at the piano and sometimes I’ll go into it with like a phrase,”she continues.“I guess it depends on where I’m at, emotionally, when I sit down and then looking back at those songs and being like, ‘Okay, interesting, this is the common thread of what I was going through, over the last seven years,’ which is kind of a fun––the songs are kind of a fun, and sometimes difficult reflection of where I’ve been emotionally over the last few years,” says Dooley.

Still, even with the full understanding that Is This Heartbreak? is a project about heartbreak and that each track considers and explores that loss with their own individual outlooks and narratives, Dooley doesn’t stop the differentiation there. While unique narratives would provide variation enough, the album doesn’t lean on 10 different heartbreak scenarios as the sole provider of curiosity and the unexpected. Much like the unforeseen of heartbreak itself, Dooley keeps the musicality of her new songs fresh and unpredictable all the way through. This is partly due to her lack of fixation over labels and partly due to the in-progress determination of what it means to tell people ‘This is what I do,’ and have it be followed by a memorable line of explanation.

“I really struggle with how to package myself, which is apparently something you need to learn how to do as a creative person in 2020. And it’s really, really hard to do that when you do just more than one thing, and I always used to think that was a good thing.” Dooley explains.

“I was like, ‘Well no, maybe I should just choose one style. I should wear one hat (and) get rid of all these other hats. And then that would be a lot easier to promote, and (easier) for people to understand.’ But then, the more I thought about it, I don’t want to change myself in order to better package myself. I want to just be who I am and make the things I make, and hopefully people will get them.”

The opening track, “My Body is Champagne,” which seems more apt for a theatrical interlude than a recording studio booth, turns to more orchestral style fare and witty vocal delivery before “When You’re Gone,” just a few tracks later, pivots to a more commercially familiar electro-pop foundation for its melody – complete with mid-tempo pacing, drum machine snare beats, and smoothly rounded synthesizer beep tones straight out of the 1980s dance pop era. All this said, while Dooley follows her own sonic compass, she doesn’t dismiss or downplay her appreciation for the creativity of specific artists like Regina Spektor, Sara Bareilles, and particularly Fiona Apple.

“Regina Spektor and Fiona Apple were the reasons that I started writing music.” Dooley affirms.

“Fiona Apple specifically––I think I saw a video of her playing (the song) “Parting Gifts” and I don’t think I’d ever seen a woman so comfortable with being emotional and, that inspired me more than anything else because, up until then, I was just privately emotional and I didn’t realize that it was like okay to be a woman and not worry about being sexy or like, worried that I was being too angry or too upset or emotional in general,” Dooley shares.

“And then when I started listening to Regina Spektor,” she continues, “I was like, ‘Oh, you can do that and you can be funny?’ Now this makes a lot of sense for me. Sara Bareilles (on the other hand,) I’ve gotten into more recently. But she, again, I think is a storyteller in the way that I aspire to be and obviously now, is more theatrically involved in a way that I, would love to follow in those footsteps. Totally those were my people. And they’re all piano players so it makes sense.”

Nevertheless, Dooley isn’t leading listeners through a neatly plotted route in story or sound. In reality, the only element aside from the album’s thematic core that does unquestionably sustain, is Dooley’s very poised, almost musical theatre-modeled singing style, which makes sense, given her theatrical passion and collegiate playwriting studies.

“I was so so shy for so long, and all I did was journal. And was just was like, this creepy girl with a big notebook. And then I went to a summer camp that was a musical theater camp,” Dooley says.

“My parents still talk about…they came to the final performance at the end (of the camp),” she explains, “And I think they assumed that I was like, maybe going to be part of the crew or like the stage manager or something (but) I was on stage, singing and belting. And they’re like, ‘Who are you?’ And from that point on, I started doing a lot of musical theater. I went to college for playwriting but I (also) did a lot of musical theater there. And I think that was like, one of the ways in for me in terms of like expressing myself. So there’s definitely a very strong (influence). I don’t even like see it anywhere but, I’m sure it comes out in my songs because it’s such a huge part of my history and like the foundation of how I got into music,” Dooley says.

Regardless of intent or not, the final outcome for Is This Heartbreak? is a collection of songs that present fascinating but relatable personality in an assortment of ways – much the same way Dooley not only uncovered the many different forms of creativity that spoke to her, but also eventually found a method that let her combine them all together. As it turns out, Is This Heartbreak, is an extra concentrated presentation of that very realization – theater and all – which Dooley is just now relishing for herself.

“Since I went to that first formative musical theater camp, I was like, ‘Okay, this is something I’m interested in. I like singing I like performing. But I also was still a big journal-er and wanting to write. And so, I think I was so interested in finding ways to do all of those things all at once and I’m still trying to figure out how to do it all at once but (back then) I felt like playwriting was such an interesting way to tell a story,” Dooley says.

“I think within the album, I play with so many genres, which reminds me of like what a musical would do,” she continues. “I was (initially) thinking of it more of as a mixtape, where I just enjoy albums and where you don’t really know what the next song is gonna sound like (because) they keep you on your toes. But now, I’m realizing that (the album) is like in a musical where you have like the big fun (musical) number, that’s followed by like, a gut-wrenching solo ballad, and like (follows) these peaks and valleys of telling a larger story but within one album.”

While the overarching current of the album aligns with one aspect of Sarah’s creative evolution, the somewhat spontaneous nature of Is This Heartbreak’s individual pathways also seem fitting for someone from Brooklyn. Living in a borough full of so much vibrance, diversity, and unexpected moments, to have an album that resonates a similar kind of energy – save for being centered around love loss – sounds just so perfectly New Yorker. Its polish and poise mixed with a frenetically changing set of sonic arrangements, cleverly embodies the momentum of someone who knows what it’s like to balance work, school, making comedy, trying to sustain a career, and do it all in time to catch the next 6 train. Of course, as fun and fascinating as it might be for new listeners, for Dooley, having the flavor of New York City come through on the record is just a factor of being a New Yorker more than anything else.

“I don’t think making (city references) was intentional. I think (Is This Heartbreak?) truly was a product of, just me living here, meeting so many different people, and everyone being different. Living in New York City, you really meet a gamut. Like, the whole spectrum of humanity lives here so, I was coming into contact with every kind of character you could imagine,” Dooley says. “I don’t think it really like occurred to me as I was writing (the record), that it was a very like, New York City-infused album, except the fact that maybe I’m a New York City-infused lady now, having lived here for so long.” 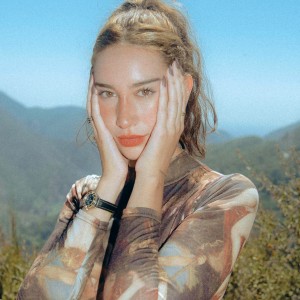 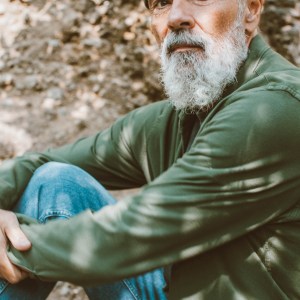