Naturally, it’s not unusual for a songwriter to further his or her creative quest by opting to step out from behind the spotlight and sing their own songs. Carole King, Randy Newman and Burt Bacharach are but a few of the artists who went from crafting music for other individuals to finding a successful performing career all their own.

Mentored early on by pop wiz Tommy James of Tommy James and the Shondells fame, Bruce Sudano was one of those fortunate few who was able to achieve a parallel career as both an artist and songsmith. Nevertheless, he achieved his greatest glories by way of the material made famous by others — among them, the Jacksons, Dolly Parton and his late wife, Donna Summer. Nevertheless, he was seduced by the stage early on, and his initial efforts with the bands Alive N Kickin’ and Brooklyn Dreams netted him a recording contract and led to his first solo album, The Fugitive Kind in 1981. In the meantime, he formed a personal and professional relationship with disco diva Donna Summer for whom he penned the smash hit “Bad Girls.” It proved a highly lucrative collaboration; aside from the series of songs Summer went on to record, Sudano was also able to contribute to several successful soundtracks —“Thank God It’s Friday,” “The Hollywood Nights,” “Perfect,” and “American Hot Wax,” the latter of which featured Brooklyn Dreams in the role of a fictitious band called the Pantones. A top five single, “Heaven Knows,” soon followed.

The ‘80s continued to prove profitable for Sudano, mainly due to his ongoing efforts with Summer and a song he penned that was recorded by Michael Jackson and his brother Jermaine, “Tell Me I’m Not Dreamin’ (Too Good To Be True),” a track that accrued a 1985 Grammy nomination for Best R&B Performance by a Duo or Group with Vocals.

Fast forward to the present. For the past five years or so, Sudano’s found himself on a steady roll. And yet, it’s not always been easy. When his Donna died in May, 2012, it naturally upended his life — not to mention his career. He paid tribute to his wife by producing a Broadway musical based on her life — Summer: The Donna Summer Musical — but for the most part he knew he needed to move on, reshifting his stance through a new series of solo efforts, beginning with Angels on a Carousel in 2016. His new release, an EP titled Spirals Vol. 2…Time & The Space In Between, released on the heels of Spirals Vol. 1, which appeared earlier this year, and, now at age 72, it finds him at a new plateau that’s impacted both his life and the course of his career. It’s been inspired to a great degree by his new wife Francesca, who he married this past February.

“I feel like I’m stepping  out of the shadow of who I was and how I was perceived into who I am now,” Sudano says. “It’s a new perception. It’s a taken me awhile to establish my own identity as the artist I am now and the artist I always was. But it’s taken since Donna died, starting with Angels on a Carousel to find my own identity. It’s been a road of self discovery. I’ve always had the luxury of being in a band, like Alive N Kickin’ and Brooklyn Dreams and all the years of playing with Donna. I was always coddled and surrounded in some ways. But I always had this thing in me that I wanted to be the artist I wanted to be on my own. Life never afforded me the right opportunity to do that. In 1980, after I did my first solo album, I just basically stopped because Donna and I got married and started having kids. There was no way I could continue to pursue that for myself and allow Donna to have the career she was having and have a family. I was content with my initial foundational dream to be a songwriter. I would write songs for other people and do what I have to do. Now, come all the way down the road, I’ve gotten to a place after 32 years of marriage where my wife is now gone, my kids are now grown and it’s shit or get off the pot time. I’ve avoided this long enough.”

Nevertheless, by Sudano’s own admission, Spirals Vol. 2 does suggest a dichotomy of sorts. Recorded in both New York and L.A. with no less than three producers — Steve Addaabbo (Suzanne Vega, Shawn Colvin, Jeff Buckley), Randy Ray Mitchell (Billy Bob Thornton) and Mike Montali (vocalist with the band Hollis Brown), its first three songs — “Keep Doin’ What You’re Doin’,” “It Don’t Take Much” and “Morning Kisses” find him basking in the glow of newfound love, and in the case of that first track, a rather explicit way. On the other hand, with the four songs that follow —  “The Promise,” “American Sunset,” “Walking Down the Road,” and “For the Sake of Humanity” — the EP takes an abrupt turn and veers into the realm of contemporary political commentary, referencing the turbulence and turmoil the nation has suffered in the last four years as a consequence of the present administration.

“The first volume leaned a little heavier on my wife,” Sudano explains. “There’s a line in the song ‘Garden of November’ that says ‘Dreams and memories collide in midair.’ So with that record, I was dealing with a lot of issues that had me looking back at the past and I was sitting there looking back at the past over one shoulder, and over the other, I’m looking straight into the future. You have memories and you still have dreams. This is where you are, so how do the memories that you have carry forward into the dreams you still have. That’s kind of where Vol. 1 rests. And with Vol. 2, I’m stepping out into the dream of a new relationship and a new love and the reality the current day of ‘American Sunset’ and ‘For the Sake of Humanity.’”

It is, in effect, a transition in both space and time, leaning from past to present while looking forward towards the future.

“The colors of Spirals Vol. 2 were changing right before my eyes,” Sudano reflects. “There were more songs about going through pandemic and stuff that related to that. Initially the weight of the record then started leaning more on the relationship, and I thought, ‘That’s good. I like magic and this is magically happening right before my very eyes. I’ll roll with it, literally at the same time.’ I had just finished a demo of ‘American Sunset’ in my guest bedroom. I played it on acoustic guitar and literally put a towel over my head so I could get a really present kind of vocal sound. I decided that the song needed to be heard, and so I put it on the record. I felt the song ‘For the Sake of Humanity’ was important to include, because I believe that’s the next conversation that needs to happen in our country. I’m of the opinion that Biden needs to be elected and that there needs to be a wave of understanding throughout the nation, and that as a country, we have to have a conversation and be open and honest. There has to be room for compromise and feeling. Then there’s ‘Walking Down the Road,’ which is simply a three-generational story about life. Wherever you are in life, you’re dealing with an issue. It’s a universal song, for whatever stage of living you’re at, whether you’re seventeen, or you’re married with kids. So that’s how it all came together, much to my surprise.”

Sudano says that some of the songs on the initial EP were written prior to the pandemic, but even at that point, he was gazing at two very different sets of circumstances. “I was in the euphoria of a new relationship, but then you also can’t ignore the realities of what’s going on in the country and in the world,” he explains. “I basically am an emotional songwriter. I write to what I’m feeling, and so that’s how I process myself. There were many songs written during lockdown, and it got to the point were there were so many songs, I had to decide what was going on the record.”

Given his storied career and the peaks of success he’s attained, it would seem that Sudano has a lot to live up to.

“Does that nag at me?,” he replies when that proposition is presented to him. “The answer is not at all. My challenge is to challenge myself. I just want to continue to do good work, better work, and I want to continue to grow. Quite honestly, it’s more important to me to earn the respect of someone like you and American Songwriter. That thrills me as much as anything. I live in the now and what’s to come. The past is the past and half of that stuff I don’t even remember. People will remind me of things I don’t even recall. I’m in the now and I’m looking forward til tomorrow. I obviously know my past and I’m grateful for it. I’m a blessed man. I’ve had great opportunities and great experiences. But do I have any nagging for the past? Not at all. I’m happy for today and happy to be talking to you. I want to write that next song.”

That then is Sudano’s ongoing mantra, a desire to look past the next turn and navigate it with all the conviction and creativity that’s been afforded him up until now. Indeed, perseverance provides the promise he holds near and dear.

“It’s always a challenge, that I have to say,” he allows. “But I’ve been newly inspired and I continue to evolve, and I continue to get better in my own understanding of myself. So as long as I feel inspired and as long as I’m still growing and still having something to say, I feel I’m doing what I’m supposed to do. Life afforded me an opportunity at this stage of my life. It’s the truth. You stand outside yourself and look back and wonder, ‘okay, what exactly is going on here?’ That’s the way I see it. You keep walking down the road, right?”

Indeed, one must agree, although it in this day and age it’s not always easy.

“As with all things in life, you have to keep living,” Sudano suggests. “This was my initial challenge after losing my wife. I had to learn how to navigate this. How do you reconfigure your life? I was walking down one road and all of a sudden, that road ended. Where does it go? You stay open, you keep walking and in spite of whatever happens, you can’t lose faith.” 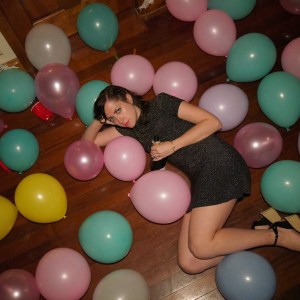 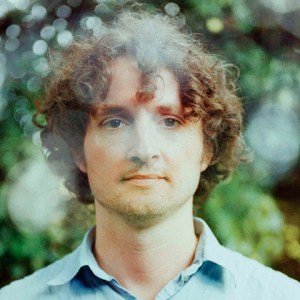