“Now friends, let’s walk down the primrose path to a sunny new future…take our hands…” reads a note on the homepage of Jack White’s Third Man Records.

White and his label are asking fans to join them in their quest to save music from the destructive grasp of the modern-day music industry. The White Stripe, Dead Weather drummer, and Raconteur seems to constantly harp on the disposable nature of music in the digital age, telling Canada’s National Post, “If a million people see your Webpage, how many people actually buy something, buy a record or a song? Feels to me, if you give them a chance to fast forward, rewind, or click off to the next Webpage, they will do it.”

White’s solution: the very not-disposable Vault, a two-tiered subscription service with Third Man Records. Premium members pay $7 a month and get access to pre-sale tickets, official photos, official chat rooms, video broadcasts, band messages, and pay-per-view live concerts of Dead Weather, Raconteurs, and White Stripes. Platinum members pay $20 a month and in addition to the online services offered to premium members, they will receive one 7” LP, one 7” record, and on t-shirt from Third Man artists.

The plan seems to be aimed at keeping fans interested in the music with rare releases and inside-looks at the bands, rather than providing an easily turned-off Myspace page full of digital recordings.

Will it work? “We honestly don’t know,” The Vault’s FAQ says. “This could totally blow-up in our faces. And if so, you could at least look at some cool videos and get some exclusive vinyl while we clean-up the mess we’ve made.” 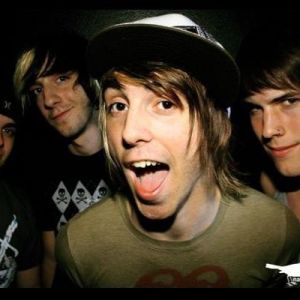