Jaguar Jonze was tangled in a sticky romantic web. Caught in a then-budding new relationship, one that “seemed to feel so wrong yet so right,” as she describes it, the Asian-Australian artiste details such a dichotomy with her new song. “CURLED IN” unravels with a particular Blondie-style grinding rhythm, and her voice is feathery but commanding.

I”m curled in, right under your skin, she swings right for the rafters on the chorus. I’m lost inside your sick machine / Tear me apart, just tear me apart.

Co-produced with Aidan Hogg (Hatchie, Tia Gostelow) and John Congleton (St. Vincent, The War on Drugs), “CURLED IN” presses on the skin, a genre-exploding centerpiece to Jonze’s forthcoming new EP. Antihero is set to drop April 16.

“I wasn’t sure if it was bad for me or that it would be a good change,” Jonze tells American Songwriter of the song’s emotional tug-of-war. What’s even more impressive is the recording process “while under hospital care in Sydney with COVID-19. I would FaceTime with my band who would be recording from their homes or in the studio while I worked with them from afar. I luckily had my recording equipment with me, too, so I recorded my vocals on my own.”

White lines lined up / On porcelain plates / Crushed minds, nothing,” she further untangles mangled imagery, the sharper the better. Nothing falls into waste / Yet there’s a place to hide.

It’s not so surprising Jonze didn’t let a moment go to waste. The rising popstar keeps her head clear and above water, always forging ahead to create majestic cyberpunk worlds in her work. “CURLED IN” is not just an impressive artistic moment for her, as it also operates to evoke an intensely emotional reaction in the listener. “I want people to feel a release. Let it all out,” she stresses.

In the music video (above), co-directed with Ribal Hosn, Jonze hones in on the playfully stylized relationship of light and shadow. With the artist planted centerstage, dancer Sho Yoneya contorts and twists his body around the room, a stark contrast to her stationary presentation.

“Driving harsh drums” accentuate the song’s raw, gritty frame, and Jonze hopes fans are drawn to this musical friction. Oh, and “the breakdown that almost feels like a trance” should also do the trick. Jonze’s vocal performance in the shift is ethereal, layering on exactly how dynamic she truly is as a storyteller.

Jaguar Jonze (real name Deena Lynch) was born in Japan and frequently calls to her heritage in her visuals, aesthetics, and vibrant use of color and design. Now living in Perth, Australia, the singer-songwriter braids together a range of influences, including Last Shadow Puppets, Portishead, Warpaint, and Nick Cave, with her singular perspective. The burgeoning songwriter often finds “a room with natural light and open spaces,” which ironically, the listener can feel such understanding of space in her songs.

On March 12, Jonze is set to join TEDxUQ 2021 to tell her story of overcoming complex PTSD through her songwriting and art. Tickets here. 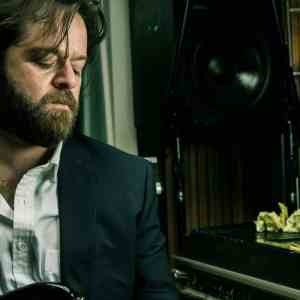 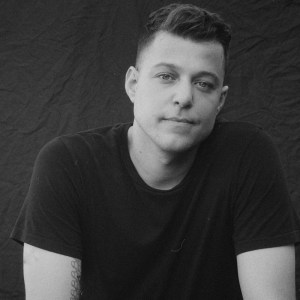