Three out of Five Stars

James Robert Webb could be called many things. A medical doctor by day, he’s a country crooner by night. He’s fashioned an image as a good old boy whose songs express an idealized view of courtship and romance, one in which the guy promises whatever platitudes he can come up with in his quest to get the girl. Naturally, he seems somewhat needy in that regard, especially as echoed in songs such as “Now We’re Gettin’ Somewhere,” “AprilMay,” “I Love You + Me,” and “Something Out of Nothing,” all of which express an unbridled optimism that things will work out fine if the object of his affection simply takes a chance and falls prey to his charm.

Of course, this is the stuff that commercial country music is anchored on, and in that regard, Webb has successfully worked his way onto the airwaves. With only one previous album to his credit so far — Pictures, released in 2016 —  he’s already accumulated an impressive amount of singles success, both radio -wise and in terms of his critical kudos. Granted, he does so  mostly by adhering to the tried and true. In that regard, it’s not too difficult to find ready comparisons — One needs only to listen to any commercial country radio station to quickly recognize the fact that Webb maintains a similar sound.

Still that offers every reason to believe he’ll continue to succeed. He possesses an edgy yet still agreeable demeanor, a voice that blends authority and empathy in equal proportions. His producer, Buddy Cannon, is a legendary hitmaker whose resume includes work with such superstars as Willie Nelson, Reba McEntire and Kenny Chesney. Likewise, his original songs compare favorably to his covers, even when he’s tapping a well regarded standard like “Tulsa Time.”  Yet in banking on the familiarity factor, Webb submerges his individual identity, resulting in a sound that’s often indistinguishable from any number of other artists vying for commercial consideration. The topics are fairly tame and it’s clear throughout that in aiming to attract a wider audience, he’s also unwilling to tamper with the template.

That’s fine of course. After all, the best means of achieving success has always been to give people what they’re clamoring for, even when it veers towards well-trod turf. Given his assets and all he’s achieved so far, there’s no reason to believe Webb will fail to carry his career even further. 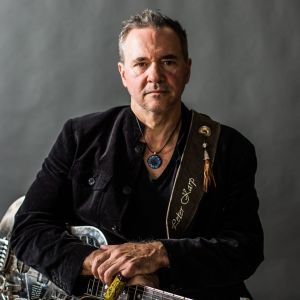 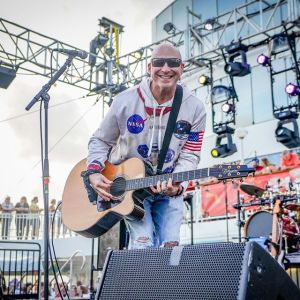