It’s not the end. Janis Ian wanted to write her final statement in songs, but her work is nowhere near done on her final album The Light at the End of the Line. “This is my last solo studio album,” says Ian, “but I don’t want to preclude working with other artists or doing something on someone else’s record.”

The Light at the End of the Line is Ian’s final bow, as far as studio albums go, but there’s still more she’s ready to accomplish. Now 70, Ian is more in tune with motherhood and getting back to writing—not entirely around songs. “I’m 71 this year, and there are a multitude of reasons to stop,” says Ian. “I would like to spend time writing. And I would like to spend time with my family. I’d like to do a bunch of other things, so having a full tilt career doesn’t allow for any of that right now. I’ve been doing it for so long now.”

For nearly 60 years, Ian has been a conduit of words from her youngest years, writing the socio-politically charged song about an interracial teen romance on “Society’s Child,” at the age of 13 and the alienation of youth, and living through atypical life spent mostly on the road on “At Seventeen.” Then “Jesse,” featured on her 1974 album Stars, became a hit through Roberta Flack’s cover, and “Stars,” the title track off the album, was covered by Cher, Nina Simone, and Mel Tormé.

The Light at the End of the Line was meant to emit the open possibilities. The end wasn’t really the end in Ian’s artistry but Ian still sticks to the inequities of life, acceptance, and empathy. “I want there to be a light at the end of the line,” says Ian. “I don’t want to leave people thinking ‘that’s the end of it.’ There’s gotta be a light. You walk through the tunnel, and there’s a light.” 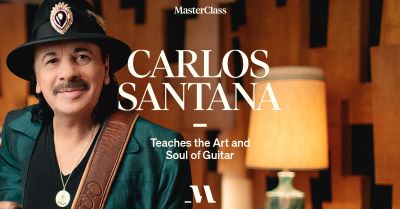 “Resist” was a reminder that some of the same human and humane struggles for equality that still exist and are born out of the first line of John Lennon and Yoko Ono’s 1972 song “Woman is the N—r of the World.” Upon its release, Ian said, “If ‘At Seventeen’ was released today and needed a follow-up, I’d hope ‘Resist’ would be it.”

Opening on a song of empowerment and self-love, “I’m Still Standing,” written in Australia 15 years earlier, is a semi-prelude into the twists of life and The Light at the End of the Line. On “Perfect Little Girl,” Ian sings Pretend that you’re a girl, for the rest of your Life / Pretend if for the world, though you know it isn’t right for her friend Cindy who became Sydney after his one-man show chronicling his experience as a transgender individual. “I don’t pretend to understand it any more than I expect someone who’s not gay to understand my being gay, but I do know that I can accept it,” says Ian. “Sydney said a couple of things that really worked on me, and one of them was that he woke up one day and realized he would always be trapped in that body.”

Coming out as gay in 1993, Ian could relate, even referencing the out-of-body feeling to something more sensory from her youth. “I woke up one day and realized that I would never be able to fly,” said Ian. “That, for me, was absolutely devastating that Peter Pan was never going to arrive at the window and let me fly. It was devastating, as ridiculous as it sounds.”

Tapping into sympathy for the devil is something Ian explores on “Dark Side of the Sun.” Getting older has something to do with it, says Ian, who hopes that with age she’s found a deeper sense of compassion. “I would hope that I was reasonably compassionate or empathetic when I was young but to carry that compassion through to a subject like a nazi or a politician, or in this case, Lucifer, is another thing entirely,” says Ian. “I realized then what I hadn’t thought about while I was writing it, which was this omniferous curiosity. Part of my curiosity with Lucifer was ‘What did it feel like to have lost so much?’ Never mind what he gained or thought he gained, but to have lost being at the right hand of God. What would that feel like?”

In the last verse, which Ian said was the hardest to write, would the devil have regrets or put on a bravura performance? I don’t need your love / I don’t need your love to see what I’ve become / But look at me, now / I am free, now / Free to build my kingdom come / On the dark side of the sun / Things are different down here.

“I think that’s a songwriter song,” says Ian. “It’s not something that an audience will really care about.”

More wistful, “The Light at the End of the Line” ganders at mortality and a lifetime of memories—In the blink of an eye / all that’s left is the past / and the memories fade / ’til there’s silence at last / But the song will remember / the spark will still shine—while “Better Times Will Come,” written just at the start of COVID and after the death of songwriter John Prine, completed the arc of the album for Ian.

“The goal for me has always been to write for the universal, not just for what’s going on this week,” says Ian. “It’s very different from say somebody like my buddy Tom Paxton, who very often writes political songs for the moment, but also writes things like ‘Bottle of Wine’ [1967] that has very little to do with politics. I think any artist ultimately strives for the universal because you want to reach the most people.”

Working independently, founding Rude Girl Records in 1992, there was never any rush to record, and put on the performance until she had something worth saying.

“One of the great luxuries of being an independent artist is that you don’t have the record company or a manager or publisher breathing down your neck and saying, ‘you’ve got to have an up-tempo song here,’ or ‘you’ve got to have a funny song here,’” says Ian. “You are left looking at your work as a whole from the outside, because if you’re self-managed, you’ve got to spend part of your time looking at it from the outside, and you have the luxury of deciding to only do your best.”

Ian admits that for her final album, she wanted a collection of songs as good as “Jesse” and “Stars” but different. “I didn’t want to make a record,” says Ian. “I wanted a final statement, and I knew that I wanted it to be as close to great as I could get.”

Looking back on her life and career, it’s a combination of being a child, then an in-between when Ian jokes she couldn’t get arrested, and on through the married years and her 1992 album Breaking Silence, written before she officially came out. “These last 12 or 13 years are the under-the-radar years,” says Ian, “making the decision not to put out albums, making the decision to not force myself to write as much and just sit back.”

Now, Ian says there are projects that may take another lifetime to finish—a novel, a book of haiku, and figuring out if she can write a short story.

“I just have so many things I’d like to do, none of which involves performing or recording,” shares Ian. “My business manager kept telling me you don’t have to do what you’ve always done just because you’ve always done that and that’s hard because habits are hard to break.”

Ian adds, “I’ve always had the habit of writing songs, making an album, going on tour, and promoting the songs for most of my life, so to break that habit is really hard. To break the habit of thinking you’ve got to accept every gig because there may not be another one is hard, but I really don’t want to spend the last third of my life worrying about missing a phone call, or keeping up with Facebook, or making sure I maximize my dollars or satisfying anyone else’s expectations.”

The Light at the End of the Line is nowhere near the end for Janis Ian but more a flash into her next life.

Janis Ian is currently on her “Celebrating Our Years Together” tour. Go here for more information. 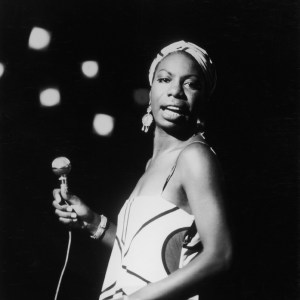 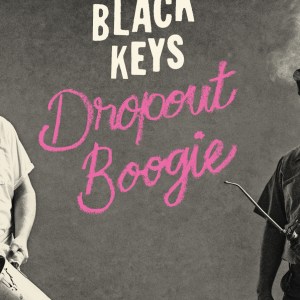