Tell someone about an evening out that went way past midnight and the presumed vibe of the those wee hours can span a wide spectrum of moods and settings: Smoky scented bar with the remaining stragglers of a long night and a slow burn to the last call or, perhaps dive-y room that despite gradually emptying out, has some energized folks singing and dancing along to country karaoke. Makes for quite the contrast of possibilities based off a simple time of day, doesn’t it?

That’s the best part of Jarrod Dickenson’s new song, “Way Past Midnight.” The Nashville-by-way-of-Waco songwriter knows how to craft a tune that leads listeners in with a jovial and warm community attitude but also leaves room for just a drop of mystery. Premiering today on American Songwriter, the single serves as the leading track from Dickenson’s upcoming LP, Ready the Horses, which is due for release on May 22, 2020

“This was one of those magical moments in the studio where everything just came together,” Dickenson says. “It’s equal parts gospel and grease. It’s about late nights in seedy dive bars. The possibilities, the thrill, the chase… and the comedic reality of how those nights tend to end up!”


Dickenson’s description of gospel and grease makes for quite the apt pairing. The lively bounce in the rhythmic rim shots and stick taps, laid over a set of sustained and harmonizing organ notes, takes some of the anticipated darkness out of the late night narrative without cutting its overall sense of melodic energy at the knees. In other words, it’s about revelry and rowdiness but sans the idea of flirting with danger that could have been depicted through a sonic frame built from more bluesy garage rock style attributes.

The ladies are swaying

Gonna dance until the dawn

in the early morn’

“[‘Way Past Midnight] is gospel piano and punchy horns. It’s handclaps and big sing-a-long vocals. It moves and shakes and struts. Recording this tune was pure, unadulterated joy. It’s my favorite song on the record,” says Dickenson.

Still, the worn-in but warm tone of the song – as achieved through the chosen instrumentation and natural backing support – does project some personality of blues. Dickenson’s sliding between vocal notes and parts of phrases that flash the silhouette of a 12 bar blues style resolution for only the briefest of moments, are how this song teases the feeling of a musical and emotional edge without pushing the party out of the beloved community watering hole and into the town’s back alley brawl bar.

All the same, whether a person’s time on the town is festive, fiery, or somewhere in between, anyone listening to “Way Past Midnight” is welcome to take Dickenson’s challenge the heart:

“I dare you to keep your feet still while listening to this one!” 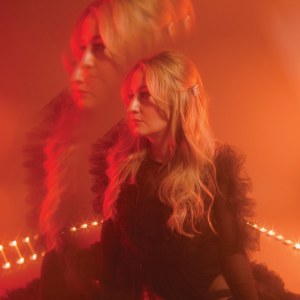 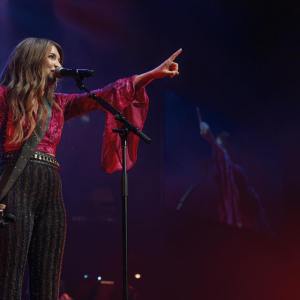