Jeff Lynne’s ELO
From Out Of Nowhere
(Columbia)
Rating: 3.5 out of 5 stars

Jeff Lynne’s recent burst of activity under the Electric Light Orchestra banner represents a pleasant surprise. Four years after churning out Alone In The Universe, he’s back again with From Out Of Nowhere, an appropriate title considering his reappearance. This is guy who had released just one ELO album in a 29-year span before that.

This surge also coincides with an outpouring of love for the band that Lynne fronted, highlighted by a Rock Hall induction and a massively successful tour. It makes sense that Lynne, even as a one-man show, would want to keep the ball rolling. From Out Of Nowhere turns out to be very much in keeping with one of the most distinctive brands in rock and roll.

Lynne mostly sticks to mid-tempo miniatures here, with ten songs all clocking in at just over three minutes or so. The title track and “Help Yourself” start off the album strong, with fetching major-to-minor chord changes, Orbisonian melodic swoops, and those patented high harmonies, all coming in the midst of typically shimmering production. The slow songs are fine as well, especially when Lynne slips into the 50’s style balladry of “Goin’ Out On Me.”

While the electric lights might be evident, truth be told there isn’t much Orchestra to be found on From Out Of Nowhere. That’s been an element that Lynne has pretty much abandoned since the ’70s heyday, which is too bad. There is certainly craftsmanship behind the songwriting here, but it lacks the sweep that the strings would bring to the classic hits.

Speaking of those hits, Lynne mentions “Telephone Line” as part of “Time Of Our Life,” a rocking retelling of a recent Wembley Stadium show. It’s been a well-deserved victory lap for this rock legend, and From Out Of Nowhere won’t stop the momentum, even if it doesn’t boost it a lot. 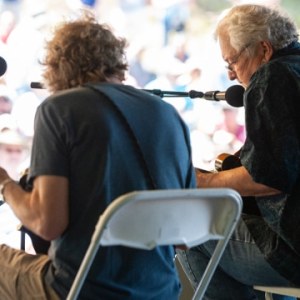 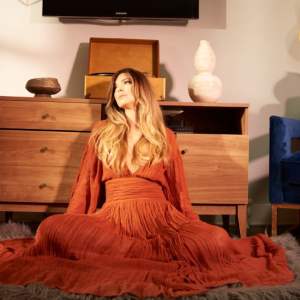