Photographs can be “electro-magnetic,” as multi-instrumentalist Jen Starsinic observes with her new song and video “Picture in a Frame,” premiering today on American Songwriter. The track serves as the first offering to an indie-rock record called Bad Actor, expected February 7, 2020.

“Visible wavelengths from back when we were fun / Printed out on paper to have you when you’re gone,” she sings. She waxes nostalgic for a time gone by, and together with fuzzy guitar work and a steady rhythm, she also tries to heal along the way. “I wrote ‘Picture in a Frame’ when my dad was first starting to get really sick,” she explained, “and I was also pretty fresh out of a relationship that I would later learn to recognize as having been emotionally abusive, a relationship dynamic that I was already quite familiar with.”

“I was frustrated and angry at the extent to which my whole world seemed to be defined by superficial attempts at a real thing, including people who didn’t really want to talk to me about what I was going through and including my relationship with myself,” she continued. “I was struggling with the possibility of losing my dad and feeling really alone in the world, but also learning to recognize and come to terms with the ways in which I also subconsciously imposed that aloneness on myself by choosing people who never had any intent to really show up for me anyway.”

That emotional thread line connects the entire performance, from Starsinic’s weighted phrasing to the almost starstruck backdrop. Her many personal revelations inform every piece of the puzzle and allow the striking vocalist to dig further into recovery. Her backing band includes Nashville pedal steel icon Paul Niehaus (formerly of Calexico and Iron & Wine, now playing with Iris Dement and Justin Townes Earle), Ben Alleman (Jenny Lewis) on synths, piano and organ, and producer and mix engineer Parker McAnnally (of The Prescriptions) on bass. Starsinic co-produces with McAnnally and John Wood.

“All of that was strange to realize as it was also all so opposite of who I know myself to be as a person and my values. I was always someone after the real thing, curious for a deeper understanding,” she offered, “and I guess I just realized how unsuccessful I’d been in my attempts at finding those things when it came to my own life. One day I was laying on my floor playing guitar and looked up at this little painting on my wall that I got in Arizona of a Día de los Muertos bride and groom, and this song about choosing something different popped out.”

The visual holds steady in the studio – recorded by Laura Rockett in Nashville’s Smoakstack – and focuses on Starsinic’s craft behind the microphone and with a guitar firmly in her grip. It’s a simple, but all-encompassing, sequence celebrating a tireless work ethic and champion spirit.

“Picture in a Frame” is the culmination of a rocky four-year journey. When Starsinic first moved to Nashville in 2015, she found herself floundering, creatively, and unable to move forward. “Plans kept getting derailed by my life falling apart, which I say with a very necessary bit of humor,” she said. “My dad got sick, eventually receiving a liver transplant, and I became one of his primary caregivers for a couple of years – I’m happy to report he’s doing much better now.”

The musician also confronted her own childhood traumas. “All that combined with the regular human need to make money to pay for rent and hopefully health insurance, life got really stressful and chaotic, and out of time constraints, I really fell heavily out of practice with writing and making music,” she recalled. “But John and Parker and I would play together when I was around and work on new songs I was despair-writing together. By the time space presented itself to actually go do the dang thing, we had ended up with something that, I think, is much more beautiful and cool and real than I could have made in 2015. And for that, I’m super excited and thankful.”

A Berklee School of Music graduate, Starsinic rediscovered the true “joy and freedom” in creating music again. “We really wanted it to have this Springsteen-y slow pop vibe. It’s really not a sad song to me, though a lyric read might indicate otherwise,” she said. Previously, she was known as quite a fiddle-playing prodigy with a wealth of experience in roots and bluegrass music.

Watch the “Picture in a Frame” video below. 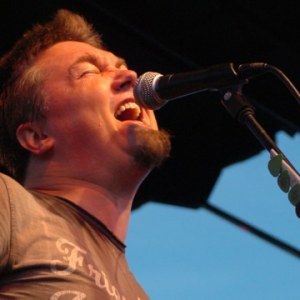 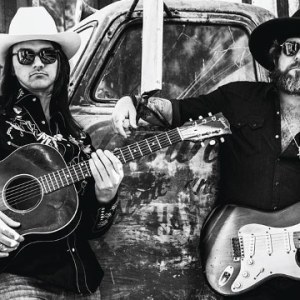